Why hasn't anyone taken over Tor yet?

Tor is known to encrypt the transferred content and the meta information by layering the encryption.

I know there have been correlation attacks that deanonymized some users by federal agencies.

Why do they not take over the system? 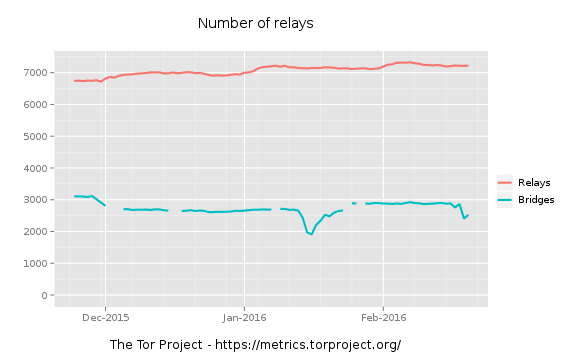 If they provide 14,000 further relays they would be able to decrypt a great deal of information and reveal the identities of users and hidden services.

So why don't they?

They might do it already, there is a known technique to dedicate malicious and powerful nodes to the network to be able to take control of some of the traffic.

Under Tor's website, the FAQ page :
What attacks remain against onion routing?

it is possible for an observer who can view both you and either the destination website or your Tor exit node to correlate timings of your traffic as it enters the Tor network and also as it exits. Tor does not defend against such a threat model.

In a more limited sense, note that if a censor or law enforcement agency has the ability to obtain specific observation of parts of the network, it is possible for them to verify a suspicion that you talk regularly to your friend by observing traffic at both ends and correlating the timing of only that traffic. Again, this is only useful to verify that parties already suspected of communicating with one another are doing so. In most countries, the suspicion required to obtain a warrant already carries more weight than timing correlation would provide.

Furthermore, since Tor reuses circuits for multiple TCP connections, it is possible to associate non anonymous and anonymous traffic at a given exit node, so be careful about what applications you run concurrently over Tor. Perhaps even run separate Tor clients for these applications.

About Tor network takedown:
They may not have enough incentives to block the whole system. After all it's a highly decentralized, international network of nodes. If you shut down a node, another one will pop up so it's not trivial to take the whole thing down.

There are also obfuscation techniques Tor uses to hide itself from ISPs and censorship systems. They can't flip a switch and then Tor is down.

About adding malicious nodes to decrypt the traffic, it's not trivial either. You don't need any relay node, you need an exit node to get access to unencrypted traffic (Another layer of encryption may still be present, e.g. HTTPS). Tor also monitors exit nodes for malicious activity and actively blocks them. I'm not saying your provided scenario is not possible, I'm just saying it's not trivial.

Even IF the NSA could take Control of all exits to gain unencrypted data, it would be a bit different for hidden services.

hidden services have a usually quite hard to memorize .onion URL, the reason for that is simple. in the URL is a hash of the public key of the hidden service server

(which doesnt mean it isnt compromised thruogh either having gotten the key from the provider of the service or a hash collision, since it is just the first 80 bits of the SHA-1)

That makes Hidden Services a lot less vulnerable than browsing standard plaintext HTTP Sites with Tor, because all nodes including the exit just see it encrypted.

Be Reminded that when all odes are taken over the connection is no longer anonymous (as long as a single node remains secure they cannot fully connect you because of the fact that each node only knows his direct neighbor of both sides in the connection), so it is possible to link see that your IP has visited a Site, but still, as long as no data is unseen, you can at least TRY to deny it (e.g. a hacker in your WLAN)

Not the answer you're looking for? Browse other questions tagged proxy tor anonymity nsa or ask your own question.

66
Why does one need a high level of privacy/anonymity for legal activities?
25
Why is Tor safer than a proxy?
4
How to run a tor hidden service from home securely?
8
Why does Tor use a new route every few minutes
4
Using Facebook via Tor
15
Why is Tor over HTTPS insecure?
0
Why it bothers if someone can de-anonymize anonymous network (like Tor)?