I see a lot of confusion about OAuth2 and Authentication so I created this question in the hope to clear some of the confusion. So, let's talk about the following points :

Google APIs use the OAuth 2.0 protocol for authentication and authorization.

Authentication is the process, by which a server checks if a user is indeed the user that it claims to be. This is usually done, when the user gives the username and a password, while the server checks these credentials (username, password) with those stored in its database, when the first user created its account. Authorization is when one entity gives permission to another entity to perform an action. In this case, for instance, it's when a site wants to access data of a user, which are stored and owned in a different website. 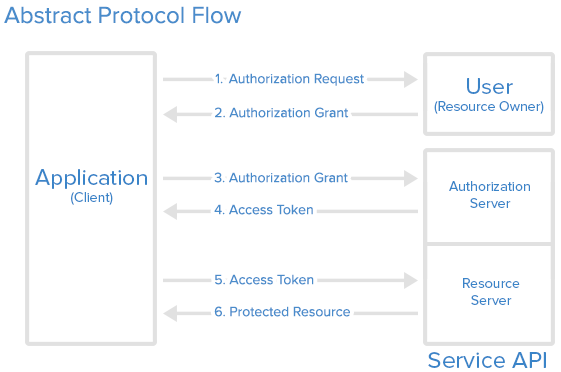 The specificity with the implicit flow is the fact that the access token is given to the user-agent to forward to the application. So, it is solely based on the redirect URI. Thus, this flow does not authenticate the identity of the application, since there is no client secret confidentiality (access token exposed to user and applications running in mobile)

Yes, the authorization code flow also authenticates the user through the authentication server.

OpenID is used for authentication. An example is when we want users to be able to sign in in multiple websites with a single set of credentials (signle-sign on).

OAuth is used for authorization, as desribed before. Note that OAuth can be slightly adjusted (as in the example before, where C=RS) in order to perform (pseudo-)authentication, via authorization. But, if we only want authentication, we can use OpenID.

I guess the real reasons behind this design decision can only be given by the corresponding Google engineers, but I could assume that instead of using both OpenID and OAuth, they selected to use a single protocol for both usages, in order to simplify things. However, be aware of the fact that authentication via OAuth is being done by authenticating someone, through the data he/she possesses. A dull example would be that when I am trying to enter my job's building, I am not asked about my credentials, because my employee card is obviously in my neck. This is how authentication is being made via OAuth, quite simplified. So, you can see that this can make several assumptions that do not always hold under every scenario. And this is the reason that it is generally recommended to use OAuth only for authorization and use OpenID, should you also need to implement authentication.

A nice link describing the various flows of OAuth for reference

@RaptisDimos gave a good answer but I think I will expend on point #3.

This token is then used to access the owner data. When you want to "authenticate" the owner, you usually pull his email from his data and you authenticate him in your application (client). But, you don't know who passed that access token to your client. Was it the real owner or an attacker hosting another service?

Example of an Attack

Client_Bad can be any service. For example, a web application that let you upload picture in your google drive. In order to achieve that task, Client_Bad need an access token from Google. So it will ask you to provide him with one. Then, you will be able to use its service to upload your picture.

What you didn't know is that the access token you just gave to Client_Bad in order to upload pictures is also a valid access token that could be used with Client_Good to authenticate yourself. Now, the owner of Client_Bad, can impersonate you in Client_Good. If Client_Good was a critical service, you could be in serious problem.

Why is it secure for authorization then?

It's secure because if you give the authorization to Client_Bad to upload picture on your behalf, it doesn't matter if he's doing it directly or is passing by another service to do it.

For example, there could be a third client, Client_Picture, that also just upload picture to your google drive. When you ask Client_Bad to upload your stuff, Client_Bad could delegate that task to Client_Picture and you wouldn't care as it achieved the same result.

Well, there is the fact that now a ton of 3rd party could have access to your data but again, you agreed that Client_Bad could do whatever it wishes with this access token when you gave it. It's like passing the key of your cars to your neighbor. You gave someone else the right to use that car, he might then loan it to another neighbor for a while then give it back to you. The thing is you don't know and you "agreed" to that when you gave the control.

Note: Sometimes I wonder if no one understand the explanation or if I said something wrong... Anyway, it's explained in the section 10.16 of OAuth2 specification in other words if that helps.

Not the answer you're looking for? Browse other questions tagged authentication oauth authorization or ask your own question.

2
Does my app need authentication in addition to Spotify authorization?

121
Why use OpenID Connect instead of plain OAuth2?
1
Is there an overview over all OAuth2-related specifications?
3
Risk of keeping OAuth2 client_secret in application
7
Use OpenId Connect for authentication only
2
OAuth2 JWT Encryption for Tokens with Scopes to Multiple Resource Servers
3
Why does the OAuth2 spec recommend that client credentials not be passed in the request body?
35
Why isn't PKCE encouraged for Single-Page Apps?
6
Can oauth2 “state” parameter be used to avoid using session cookies to identify user
2
Did I get it right? OAuth2, OpenID and OpenID Connect
2
OAuth2 for first party web-app