Does multiple numbers per button have an effect on security?

I recently came across an electronic deadbolt like this: 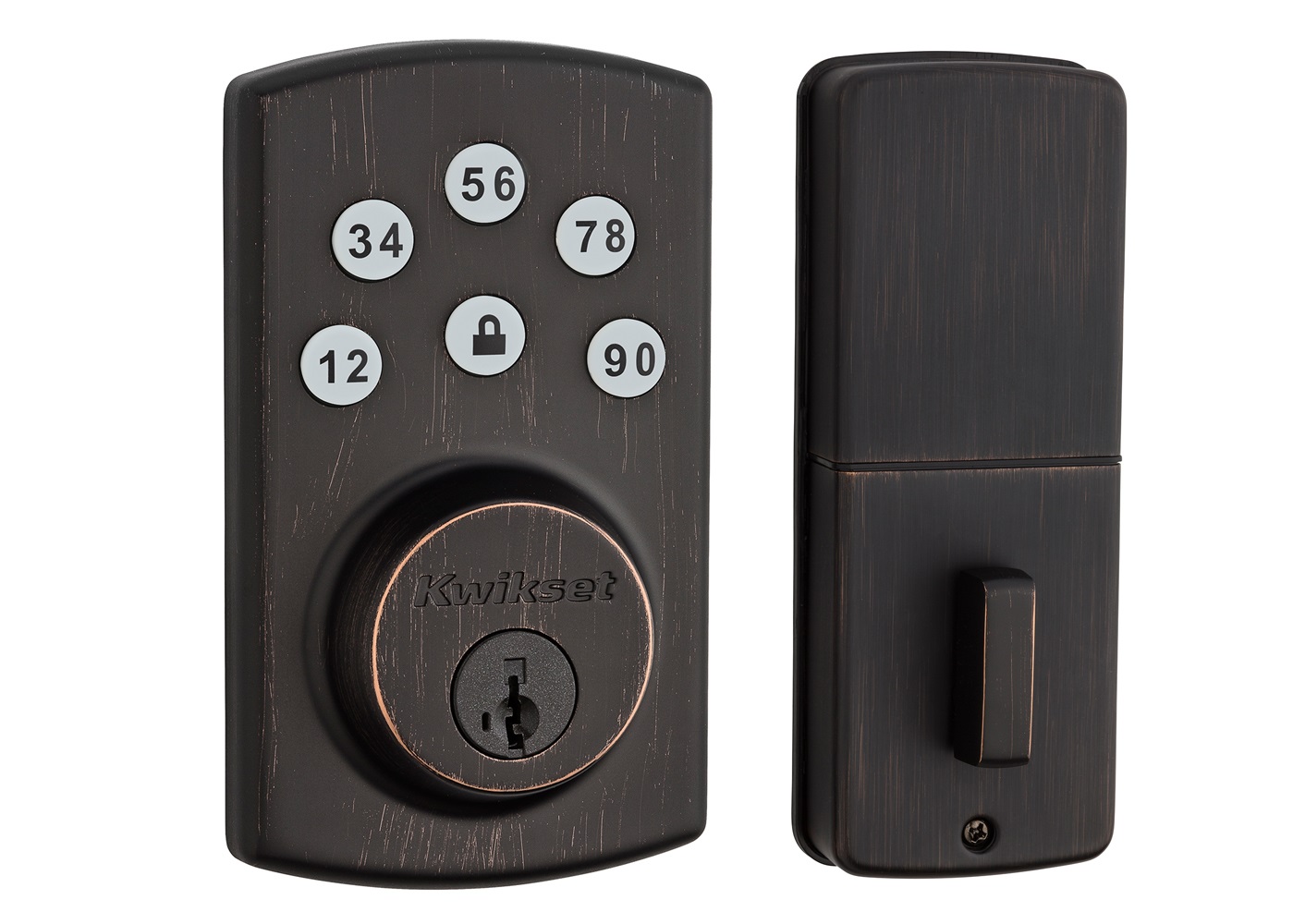 Is there any way that this increases the security of the electronic lock? It seems like having two numbers per button dramatically reduces your possible entropy, since you now have 5 bits instead of 10 bits, right?

Is this just a matter aesthetics/cost-cutting over security?

physical authorization physical-access
Share
Improve this question
edited May 3, 2016 at 15:01

Depending on how the passcodes are chosen, and whether or not the buttons are regularly cleaned to remove smudges*, it (might or) might not decrease security significantly, but reducing the number of buttons certainly cannot make the lock more secure.

So you're probably right: it's just done for aesthetics and/or to save costs. As for why the buttons on your example lock are double-numbered, Dennis Jaheruddin probably nailed that in the comments:

"It's basically a 5 button lock that allows people to abuse their birthday or pin code for a password."

With just five digits to choose from, you can't pick an easily memorizable passcode like 31121976 or 31415926. With each button labeled twice, you can. (Whether that's good or bad for security is debatable; arguably, if users couldn't pick codes like that, many of them would either fall back on something even less secure like 12341234, or just write down their passcode on a post-it note. But from a usability perspective, it's definitely a win.)

*) Since the issue of smudge attacks has already been brought up, let me briefly note that they don't affect the general conclusion that fewer buttons cannot be more secure. Specifically, let us assume that the passcode is known to be ℓ digits long, and uses k buttons out of a total of n, and consider the following two extreme cases:

Reality is typically somewhere between these two extremes: an attacker might be able to observe some wear and smudging on the buttons, and thus get some information on how likely each button is to be part of the passcode, but unless the keypad is really worn and/or filthy, they probably can't be 100% sure. Thus, typically, having fewer buttons does decrease security somewhat, but probably not quite as much as a naïve calculation ignoring smudging would lead one to expect (since it has already been reduced by smudging).

Of course, one further way in which reducing the number of buttons can weaken security, even under the heavy-smudging scenario above, is if two numbers used in the passcode get mapped onto the same button on the smaller keypad (thus reducing both n and k). For randomly chosen passcodes, this starts to become an issue (due to the birthday paradox) when n < ℓ ², and will definitely be an issue when n < ℓ. Still, this observation only strengthens the conclusion that, smudged or not, fewer buttons can't ever be more secure (and may be less).

I can imagine one way where having fewer buttons might increase security: smudges. If you had 20 buttons, over time, the few buttons you used would appear to be used, thereby reducing the number of possible buttons to try, including being able to deuce the number string ("123456") that the user needed to remember. Fewer buttons (with multiple numbers per button) means that smudges are less meaningful (they are all smudged), and a reduced possibility of deducing what the memorized number sequence was. But, this is only one aspect of security, and one I might not value too highly on a residential house lock.

The total number of combination is XY where X is the number of buttons, and Y is the length of the combination.

If you don't know the length of the combination, the number of buttons is irrelevant to security. You could have just 2 buttons.

Wouldn't it depend on what actually happens when you want to input the second number on each button (I assume you press it twice)?

Case 1: Two keystrokes on the same button simply outputs two of the same digit, similar to pressing the same button twice on a single number button keypad, then the result is just a reduced number of buttons, but longer code. Instead of referring to the buttons by their numbers, you can refer to them by which button it is (i.e. button 1, button 2...... button n). The total number of combinations as I'm sure you're aware is nl, where l is the length of combination. Clearly l has a higher affect on the total number.

Case 2: Two keystrokes on one button outputs a single digit (the second number on the button) then the number of buttons is 10, but the length changes and is not the same as the number of inputs!

5 buttons, 1 digit per keystroke, results in a length of 10.

5 buttons, 1 digit per 1 or 2 keystrokes, results in a maximum length of 10 and minimum of 5. But remember that you actually have 10 possible outputs.

If you use a combination that only uses the first digits of the buttons:

If you use a combination that utilizes all of the second numbers only:

So if the mechanic for creating the second number is as above, and the combination has a maximum number of keystrokes then security is lower.

But if the combination has a maximum number of digits with endless keystrokes, then the result is very different.

With a maximum of 10 digits:

Now you have 5 buttons but number of keystrokes is irrelevant so you effectively have 10 buttons.

It may seem like much more, but this is the same as a standard 10 button (0-9) lock. As a conclusion, I could have simply compared the final case with the standard one and said the most security you can achieve with this lock is the same as the 10 button lock. Truth is I didn't know and kind of figured this out as I wrote it! Hope it gave light to something.

For a given length, the multiple numbers per button make it significantly harder, though by no means hard, for a casual soulder-surfer to memorize the password as they see being typed.

Not the answer you're looking for? Browse other questions tagged physical authorization physical-access or ask your own question.

5
What value security wise, if any, does a digital handwritten signature have?
10
Does UNIX have a dual approval mechanism?
2
Securing physical access to your internet connection? (Apartment Utility Box)
16
Mitigating forensic memory acquisition when an attacker has physical access to a workstation
3
Do dial locks have repeated numbers?
3
Managing critical passwords and data across a small business with a focus on business continuity
1
Schneier is telling me to write my bank security password and keep it in my wallet? Is that right?
0
How good/bad are these transparent Linux consumer FDE setup options? (e.g. for auto-unlocking LUKS)