Methods for determining if a file is encypted?

I am working on a anti-ransomware project. It simply monitors the filesystem, and watches for files being created, and deleted. (also monitors for known ransomware file extensions.)

I am stuck because I have no idea how to determine if a file is encrypted or not. I have read through quite a few threads on SO, but I've still turned up empty.

My question is basically: What methods can be used to determine if a file is encrypted?

cryptography antivirus programming
Share
Improve this question
asked May 6, 2016 at 16:07

You can use the file command if available in your environment (a standard part of BSD/OSX/Linux). For example, once encrypted content is available:

However, this only shows information based on the headers and trailers. A while back, someone wrote a Powershell script to find Cryptolocker files (link to PS script) which may or may not help you. The issue you will run into is: "HOW was this encrypted?" For example, if an attacker just creates a complex password for a "password protected zip" file, that isn't encryption per-se, so your script will be detected as a zip file, not an encrypted file.

Also noteworthy is, many of these ransomware files change on every iteration. E.g., locky appends a *.locky to each file, so while some may be easy to detect, imagine if all your files were renamed to random checksums. Now you cannot identify files: E.g.:

Now you have a bigger issue. Which file is more mission critical to spend time "cracking/decrypting/etc." For the most part, the file command on Unix based systems, and or the Powershell script should give you a starting point. There is also YARA if you REALLY want to be technical about it. Create a YARA signature, and use that to search.

You could run ent to see how much entropy a file has, a file with high entropy is likely either compressed or encrypted (or both). A problem is that JPEG, XLSX and ZIP are compressed, so actually compressed files are very common.

If you suspect that X is an encrypted version of file Z then you could check if they have similar sizes, plus small delta for encryption headers.

If you have a clean system, you can use PowerShell to generate hashes for the valid files (i.e., you may have valid encrypted, compressed, binary and regular files); and each sweep you generate new hashes and compare if any hash has changed.

Based on type, etc you can determine if this is normal behavior.

For instance, I look use PowerShell Get-Process in Windows to alert if there are changes to processes, etc.

Here is demonstration of idea that can be expanded on. 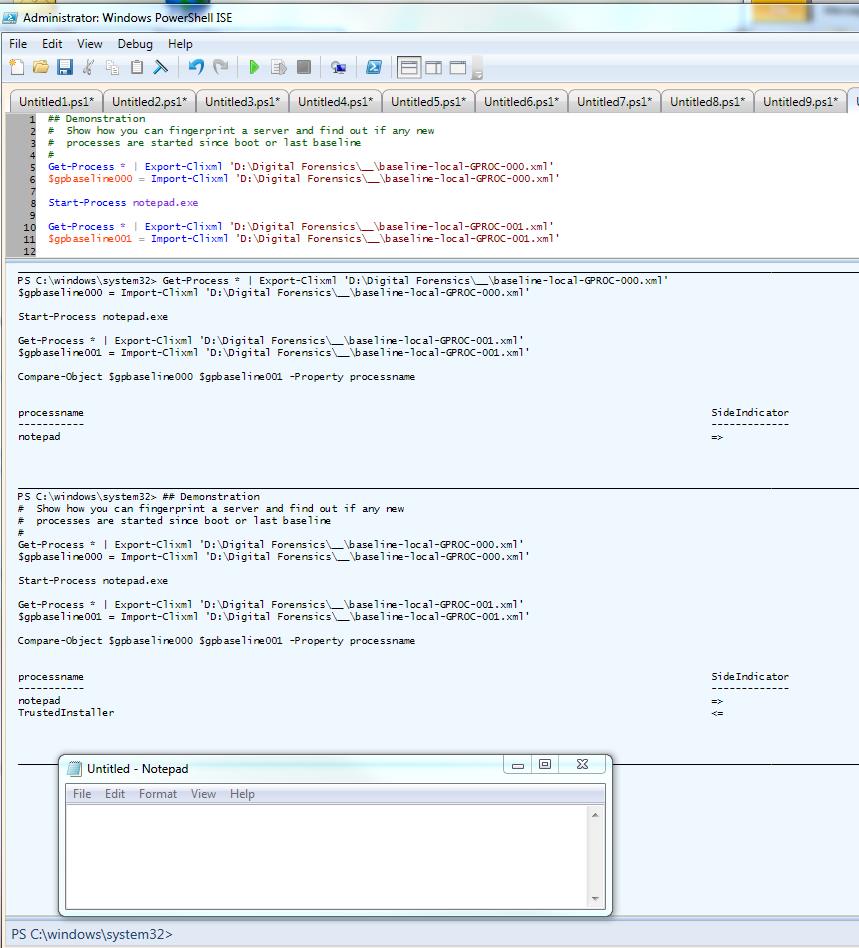 Not the answer you're looking for? Browse other questions tagged cryptography antivirus programming or ask your own question.

10
Antivirus for scanning anonymous file uploads
4
Methods of accessing CRLs
7
Decrypt cipher texts encypted with the same one time pad key
2
Implementation language for crypto
0
How safe is it to use older/unknown Encryption methods for plaintext?
1
Determining if software installed onto vm is malware or not
1
can these encryption methods for a text file protect against physical access to machine by adversary?