I am testing Amazon RDS MySQL and I want to connect to MySQL instance using SSL. It works pretty well, but there is something that is not clear to me: reading the FAQs (https://aws.amazon.com/rds/faqs/):

SSL support within Amazon RDS is for encrypting the connection between your application and your DB Instance; it should not be relied on for authenticating the DB Instance itself.

it seems that once the connection is established, data is encrypted during communication but the authentication part is not; so: are MySQL passwords sent in clear?

If you look at the MySQL Internals Documentation, you can see that the protocol initialises SSL/TLS after the initial handshake packet, but before the authentication step: 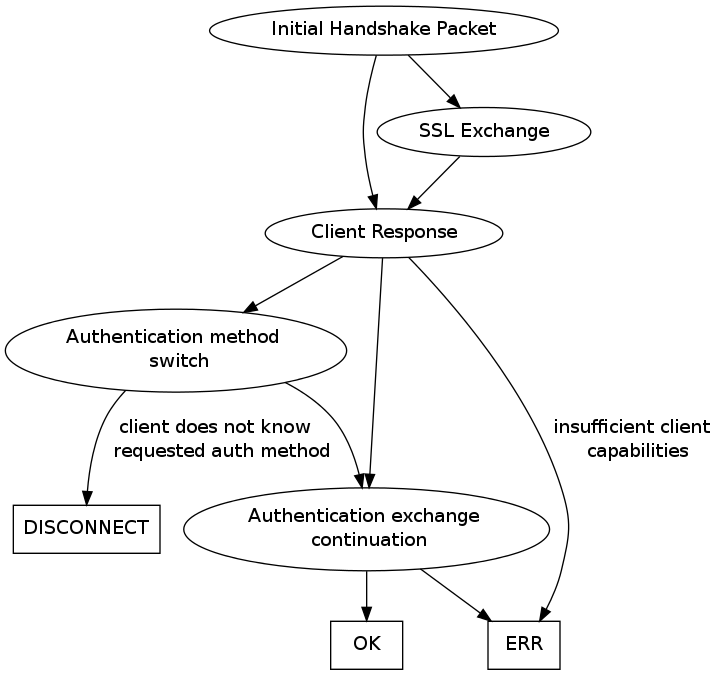 The two paths shown from the first state are based on whether SSL/TLS is enabled or not. As such, if SSL/TLS is enabled, the authentication occurs after the secure channel is created, and the credentials are not sent in plaintext.

The key thing about the wording of the documentation you quoted is that it says "should not be relied on for authenticating the DB Instance itself", and not "authenticating to the DB instance itself". I suspect the point they're making is that, since each DB instance has an auto-generated certificate, you shouldn't rely upon this for verifying that you're speaking to the database instance you requested.

Not the answer you're looking for? Browse other questions tagged tls mysql amazon or ask your own question.

12
What are the likely threats to a public-facing DB instance?
4
Client certificate for 2 way SSL works in some programs, and fails in most
4
Could SSL-like encryption be used for not password-protected wireless access points?
0
Locking down Amazon RDS table data
17
Securing MySQL server from remote connection
0
MySQL database (non-SSL) connections secured via origin/destination IPs, how unsafe are they?
6
Great Firewall of China and simple SSL connection
2
Updating the SSL fingerprint on an IoT device
0
Blind SQL Injection on Amazon RDS