The processing is nothing more than:

The connection between the BizTalk nodes (B1, B2) and the WS (or actually RP) will be HTTPS (TLSv1) with mutual/two-way authentication.

All goes fine when messages are routed by node B1. A proper TLSv1 handshake is performed and eventually application data (the request and response message) are exchanged. See screenshot below.

Wire shark on node B1. (everything goes fine)

Messages processed by node B2 fail. We don't see a proper TLSv1 handshake. After the server requests the certificate from the client it goes silent.

Could you guys and girls think of one reason why this could happen? We checked the configuration on both B1 and B2 and we don't see deviations.

Also testing the connection with OpenSSL from node B2 works perfectly. Command was this:

Could this be a problem with SChannel? What would be a reason to not send the client certificate upon server request?

Also the event logs don't give us any leads. 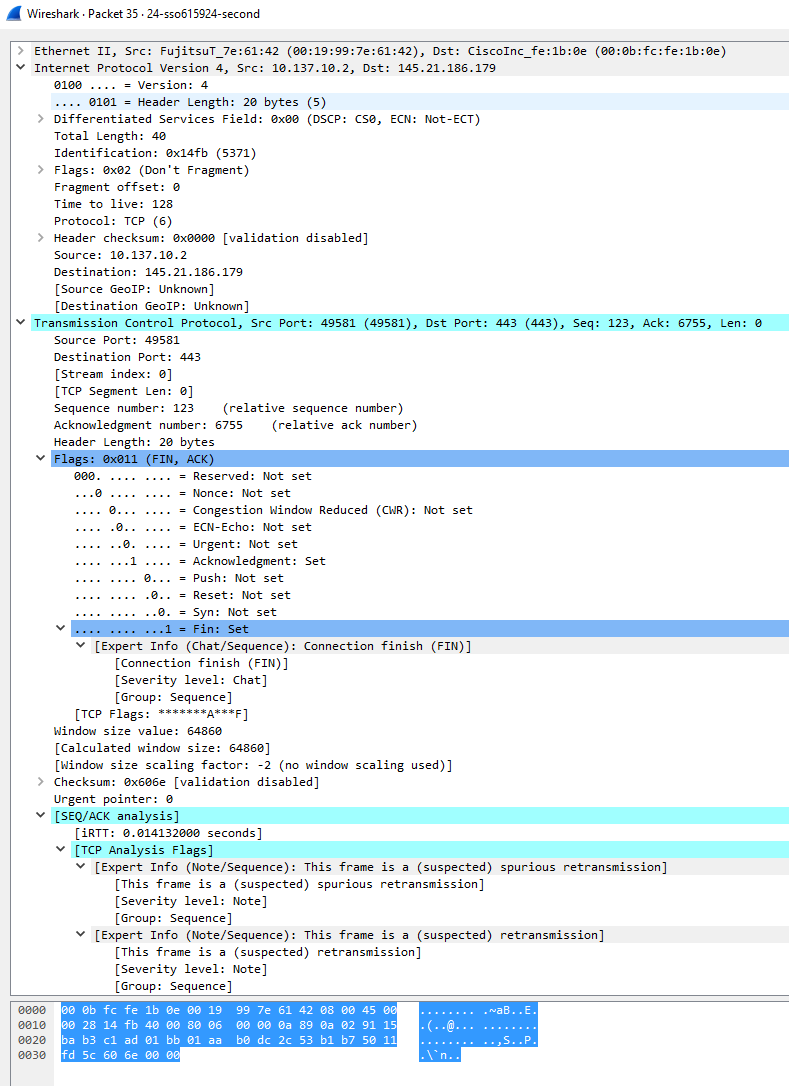 From the Wireshark trace on B2, we see that the client is simply not responding at all; after one minute, the server grows impatient and closes the connection.

This is probably not a problem of certificate availability on B2: if SChannel simply believed that it had no appropriate certificate, then it would send back an empty Certificate handshake message. At that point, B2 perfectly knows that it is its turn to talk, so if it does not, then that means that it is occupied elsewhere.

One of the following may happen:

A quick test would be to try to connect from B2 to the target server WS with Internet Explorer. IE will use SChannel (contrary to openssl.exe). Run IE with an account that has access to the expected client certificate and key. This will show you any "interactive" feature.

Not the answer you're looking for? Browse other questions tagged tls authentication certificates openssl or ask your own question.

0
understanding and getting over the SSL performance issue
3
SSL Authenticated SOAP Request works in SoapUI but not through code
3
Why does my TLS v1.2 handshake take 2 tcp/ip connections?
1
Conditions for reusing client certs in TLSv1
1
Certificate based Access Control for Pub Sub messaging
0
HTTPS connection issue on Chrome/Chromium/Opera
0
519 tls handshake attempts in 3 seconds, with 415 within one second, was this a DDOS attack?
1
Verifying client certificate by passing client cert in the header