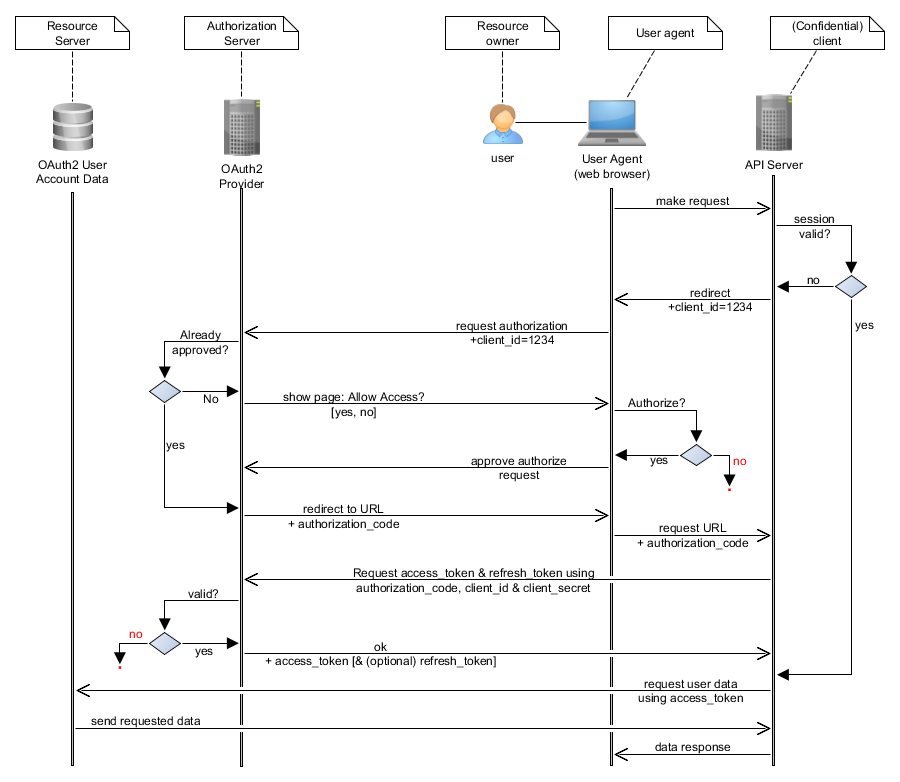 #Then it's okay to use oauth2 for login

168
Difference Between OAUTH, OpenID and OPENID Connect in very simple term?
50
OAuth2 Cross Site Request Forgery, and state parameter
7
Is it safe for users of my API to 'Sign In With GitHub' using passport-github?
4
Is OAuth appropriate for a private API to be used by registered customers?
1
What are the risks of using OAuth for authentication when in control of both ends?
1
How does the user agent know who is logged in? (Using auth codes)

2
API authentication without Oauth2 server
1
Why can Oauth2 redirect_uri be a non-https URI?
0
Authorization/authentication strategy for micro service apps
7
Use OpenId Connect for authentication only
7
Is it safe for users of my API to 'Sign In With GitHub' using passport-github?
3
OAuth2 for first party web-app