What does the NSA's Recently Leaked "The Equation Group" Files do?

First Hand Details: TEG (The Equation Group) is NSA's team of hackers who'd write code to exploit systems worldwide. Some of the private files were recently dropped by a group called Shadow Brokers & they've auctioned it in exchange for BTC bids .. I could trail back to the below mentioned keys which were earlier released previous week by Snowden (if anyhow it's linked {it's just sitting here for references}): 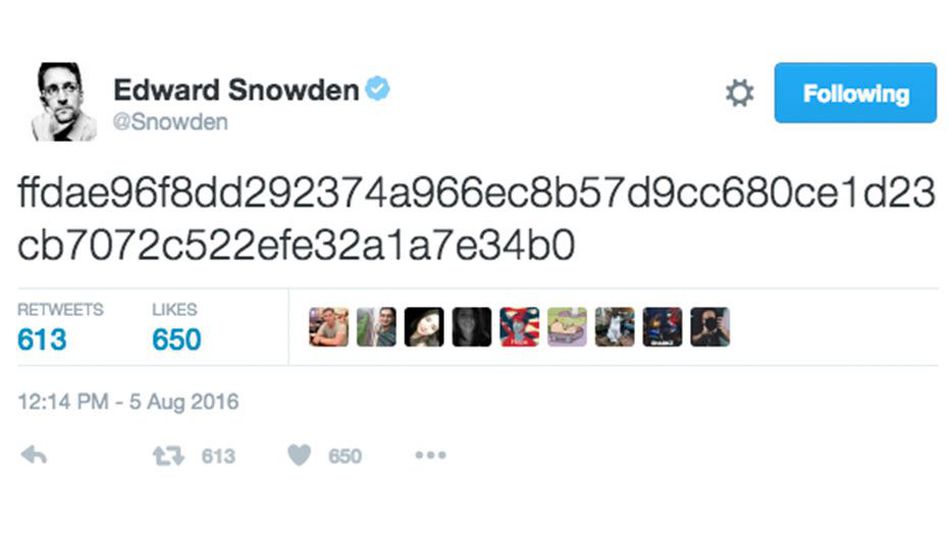 Probable Agenda: As taken inputs from @atdre answer to explain the agenda - there are different versions of the primary agenda as below: 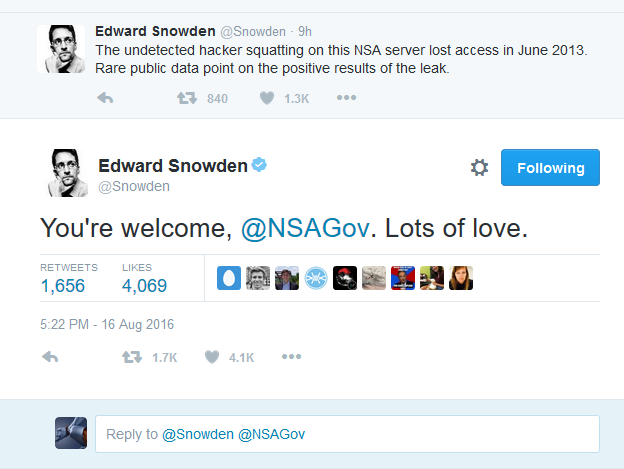 Some Analysis of the released files Reported:

Questions: The Equation Group were hacked (NSA) & it's a wonder if they aren't backdoor!? Of-course we go through the code .. but could anyone let us know if these files are genuine?

Also, what's the use of the files, what they specifically target? These files landed originally at:

Now they are gone, the links they've provided are gone (except one which's here) & the original copies might have been already backdoored (later ones which might pop up). I read it's related to Stuxnet (or more powerful, I know that Stuxnet targeted Nuclear Facilities) but now that they are gone .. can anyone let know the real intent of the files & the groups they've mentioned as inline: 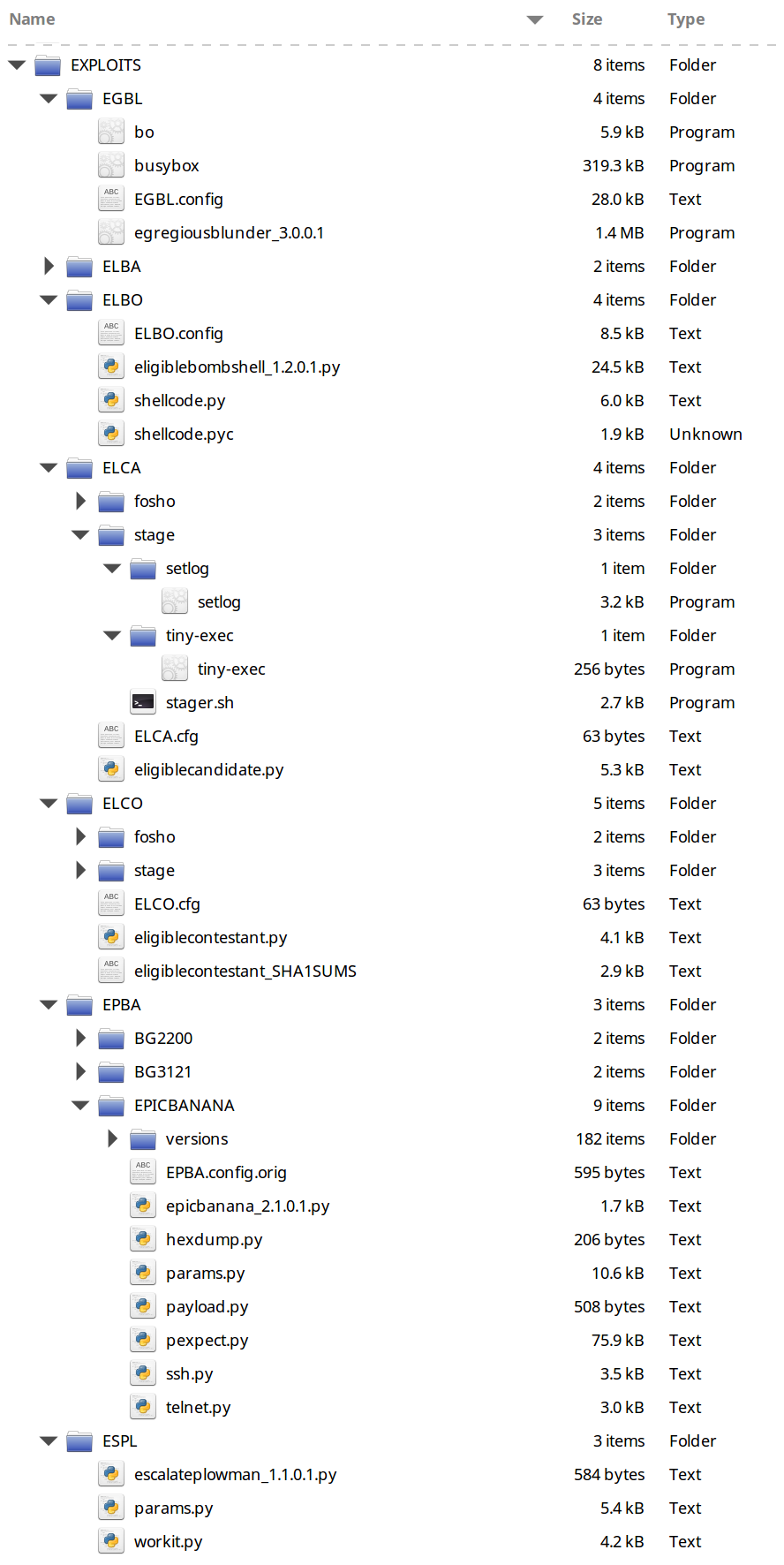 What does each of the section specifically does? All inputs are appreciated & links to this one to be updated one by one as the reason becomes clear.

EDIT: As of Apr, 2017 - Shadown Brokers have released the exploit packages, here are some samples which are on the release:

EASYBEE appears to be an MDaemon email server vulnerability

EXPLODINGCAN is an IIS 6.0 exploit that creates a remote backdoor

ERRATICGOPHER is a SMBv1 exploit targeting Windows XP and Server 2003

ETERNALCHAMPION is a SMBv1 exploit

ESTEEMAUDIT is an RDP exploit and backdoor for Windows Server 2003

FUZZBUNCH is an exploit framework, similar to MetaSploit

ODDJOB is an implant builder and C&C server that can deliver exploits for Windows 2000 and later, also not detected by any AV vendors

SMBTOUCH check if the target is vulnerable to samba exploits like ETERNALSYNERGY, ETERNALBLUE, ETERNALROMANCE

ERRATICGOPHERTOUCH Check if the target is running some RPC

IISTOUCH check if the running IIS version is vulnerable

RPCOUTCH get info about windows via RPC

DOPU used to connect to machines exploited by ETERNALCHAMPIONS

There's been four top-notch analyses so far regarding incident with the free files (40 percent of what is claimed to be released). Nobody has the password to the auction files yet, which represent another 60 percent of what the Shadow Brokers say will be released:

They're basically Firewall exploits. See the details in the above links for which platforms and versions are generally thought to be affected. Some of the exploits in the free files work fine, such as this SNMP one that targets Cisco ASAs.

The dates related to Snowden only partially add up. The free files do not contain very many dates after June 11, 2013, the day after Booz Allen Hamilton terminated his employment and also the same day that the first newswire about snowden was received, but not correspondence, which happened before June 11. If you look inside the files, the last-known date is February 27, 2013. Another analysis shows an outlier in the file BANANAGLEE/BG3121/Install/LP/BPLANK-3100 with a Built date of July 5, 2013. Snowden has come out to say more about the breaking news story. Some other outliers appear and are documented in story #1 above.

The part about Stuxnet is sort of a joke. "Auction files better than stuxnet". Nobody wants to buy them.

The part about 1M btc (1-million bitcoin) is also very suspect. There is no possible way this will happen, as there are only about 15.8M total bitcoin in existence, and most are locked up by the creator and early adopters. The statement from the Shadow Brokers, "If our auction raises 1,000,000 (million) btc total, then we dump more Equation Group files, same quality, unencrypted, for free, to everyone", will therefore likely not lead to the dump of more files, or files for free because the auction raises 1M btc. They may still do so, but this will not be correlated with the auction.

WikiLeaks says that they intend to release these same files anyways, including cyber weapons. Russia media is split on this issue with RT reporting one version and Sputnik News another. In the Sputnik News version, the Shadow Brokers are WikiLeaks (with no mention of the Shadow Brokers). Dmitri Alperovitch of CrowdStrike, Claudio Guarnieri of Amnesty International (and Citizen Lab), and Sean Sullivan of F-Response appear to agree that the Shadow Brokers are related to Guccifer 2.0, the DNCleaks, and are using their leak and auction to try to further manipulate the upcoming US Presidential Election.

Not the answer you're looking for? Browse other questions tagged malware exploit shellcode nsa binary-code or ask your own question.

0
Will my 445 port still exposed when I connect a windows machine to my android phone's hotspot/tethering nerwork?

24
What is the corrupted image vulnerability? How does it work?
4
How does the NSA restrict public access to cryptography?
2
How can the Equation Group HDD firmware malware help bypass FDE?
1
What is the purpose of enclosing process spawning?
7
What is the difference between a payload and shellcode?
0
Can an OS .iso downloaded from Microsoft.com be compromised after the download?
1
What does windows meterpreter reverse TCP Shellcode do?