How to differentiate between encrypted and unencrypted Bluetooth traffic while using Wireshark?

I captured Bluetooth traffic between a master vault Bluetooth smart padlock and an iPhone 6s. This was done using a Bluetooth sniffer and the captured traffic was stored to a pcap file. Analysing it on Wireshark displays all the packets transferred between the two devices and the attributes that were changed during the write process. Obviously there's not much data exchanged between an iPhone when it's working with a locking device so I was wondering, how it is possible to differentiate between encrypted and an unencrypted Bluetooth traffic in this case? 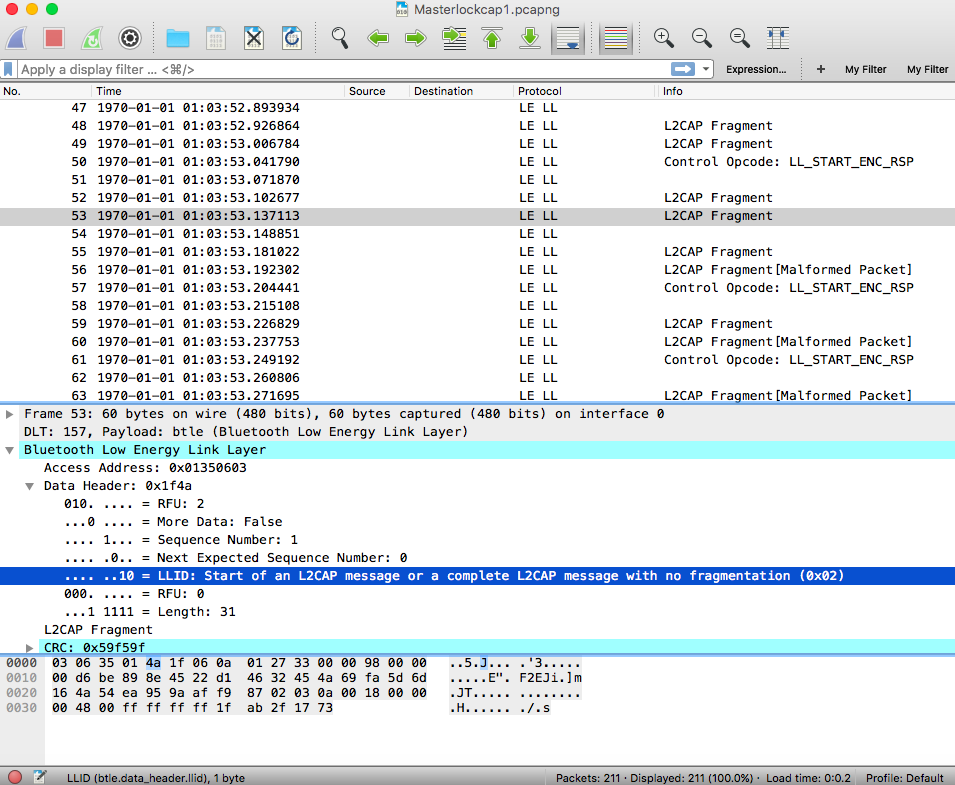 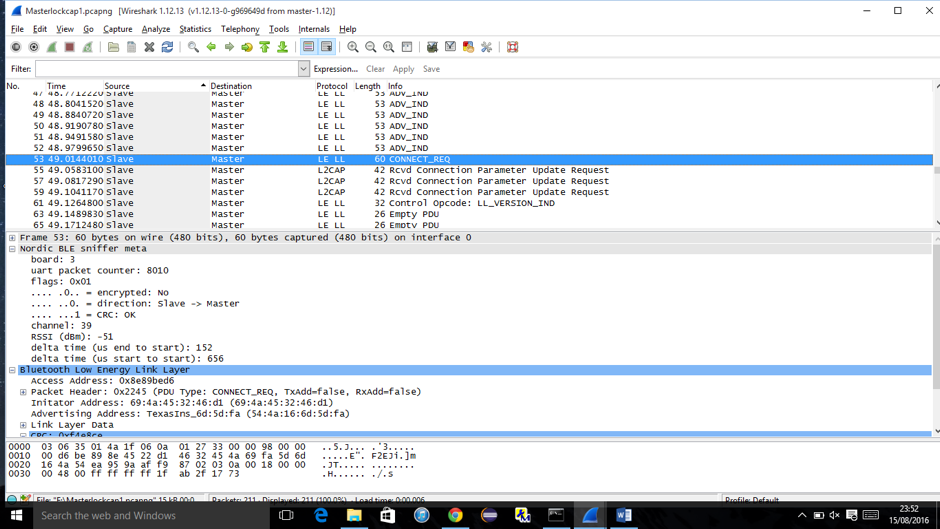 The other is the Wireshark in using on my Windows machine which has got all the plugins necessary to view the captured files from Nordic's nRF Sniffer software. I don't understand how the same file can be displayed with completely different information.

6
How to sniff Bluetooth traffic using Android?
2
How to view WiFi traffic using Wireshark on a 3rd party?
16
Is Bluetooth 4.0 traffic encrypted by default/design?
6
Difference between Secure Simple Pairing and Secure Connections in Bluetooth?
5
Unable to obtain TCP/HTTP traffic from WPA2 packets even with full handshake and decryption
0
How to analyse packets sent by controller in Wireshark?
0
How to globally limit Bluetooth functionality on Android and iPhone
4
How to decrypt Diffie-Hellman encryption in WebRTC?