WPA/WPA2 Handshake -- A question on the computation of the MIC

During the WPA/WPA2 4-way handshake, the first two steps are as follows. (1) The AP sends an ANonce to the client, (2) The client computes its own Nonce (SNonce), computes the Preshared Transient Key (PTK) and sends the SNonce to the AP along with a MIC.

My question: The first Nonce was not protected by a MIC and hence could be modified by an adversary. Could it be that the MIC sent in the second message is computed over both the ANonce and SNonce? This way the ANonce would also be verified too.

The ANonce that is sent in the first message is indeed not protected. It is randomly chosen by the AP, and is sent in clear-text.

The MIC in the second message only protects the SNonce, and thus cannot be used to verify the ANonce. However, upon receipt of the SNonce, the AP will calculate the PTK, based on:

The standard states (of course), that in case the MIC does not check out, the message must be discarded. So, whereas an adversary CAN modify the ANonce, it will lead to a unsuccessful handshake.

Moreover, as an extra defense, the ANonce is again sent in an EAPOL-Keyframe in the 3rd message of the handshake (see image below). The recipient MUST verify that the ANonce in this protected EAPOL-Keyframe is the same as the ANonce that was sent in message 1. Simply said, message 1 is repeated here, but now with a MIC to protect the ANonce, just like you suggested it should be done, however as we did not have enough information to calculate a MIC in step 1, it is done here in step 3. (source: 802.11i standard) 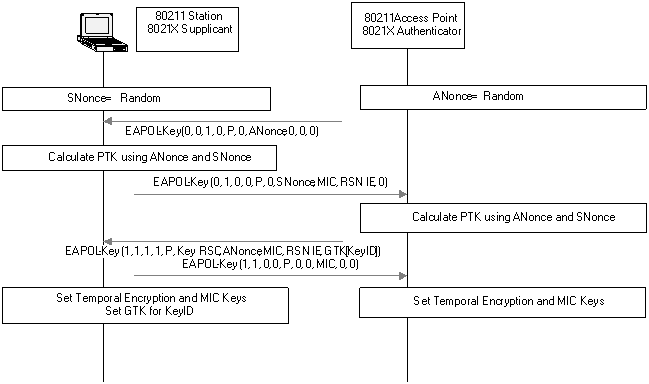 This website has Wireshark screenshots which show you that the ANonce is sent both in message 1 and message 3, and that the 3rd message contains a MIC to protect the ANonce (comparably, message 2 contains the SNonce and the MIC to protect it). I've copied them here for archiving purposes: 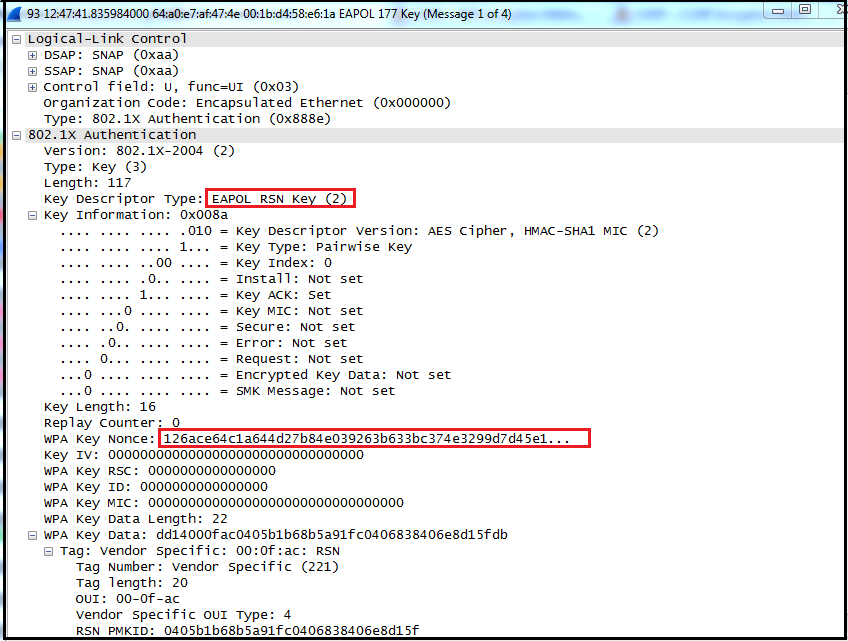 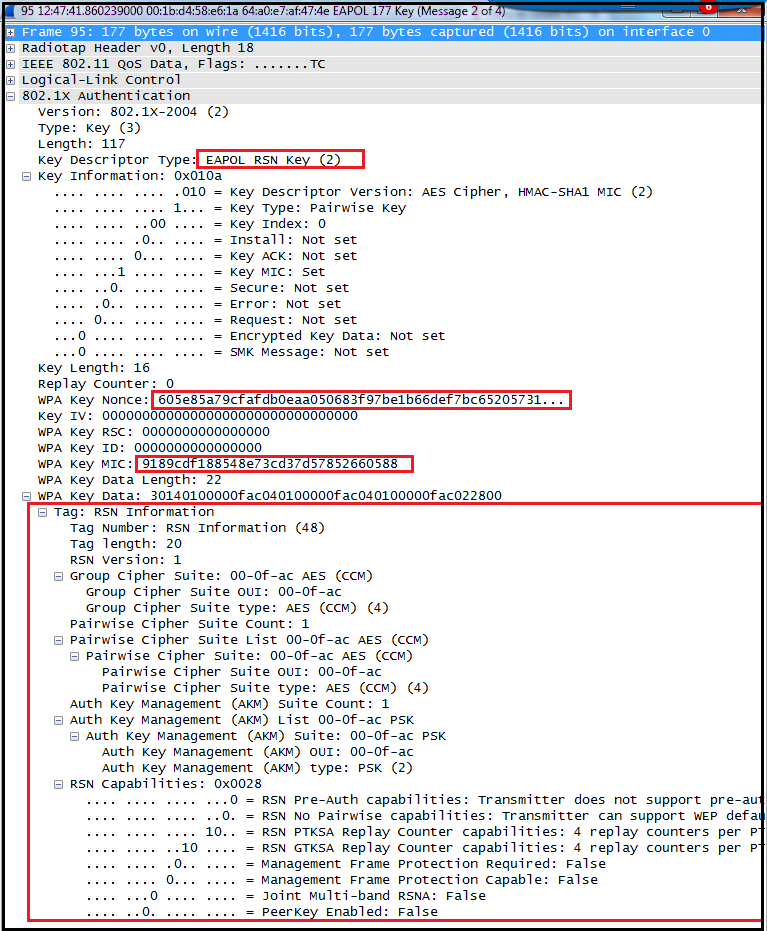 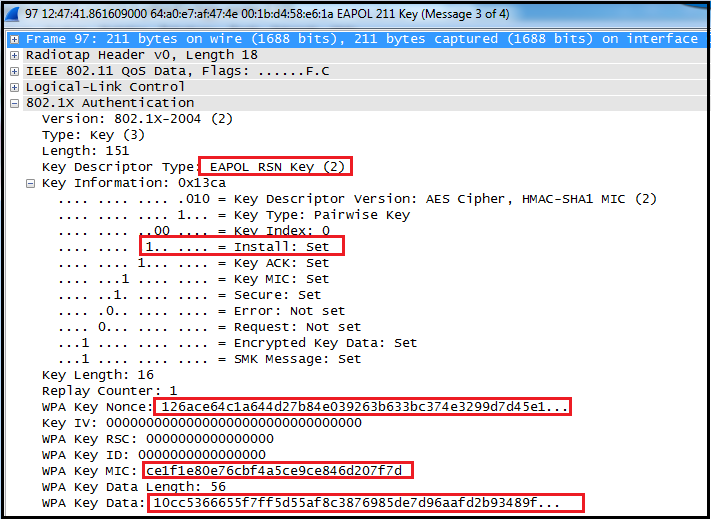 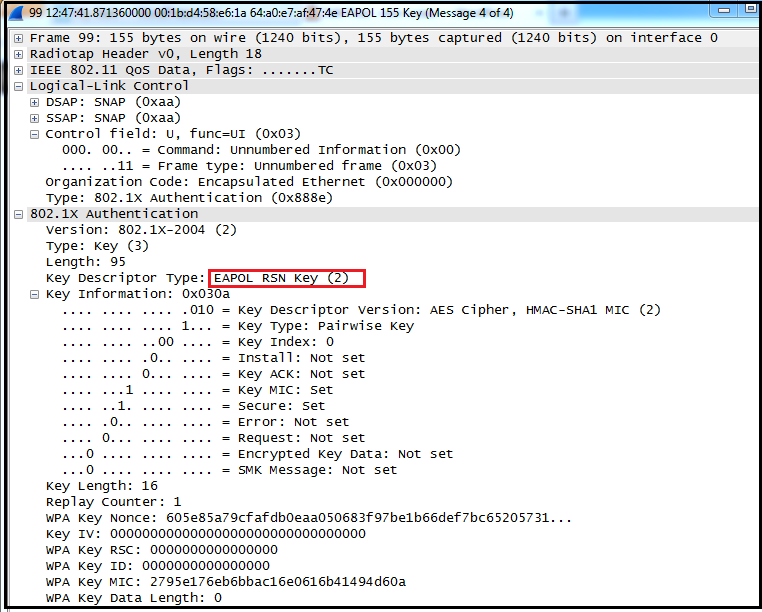 2
WPA/WPA2 networks cracks methods
23
How exactly does 4-way handshake cracking work?
5
ARP Poisoning: WPA Personal and Enterprise
1
Accessing WPA/WPA2 password from native auth form on a rogue router
7
Can someone explain in simple steps how WPA2-Enterprise authentication and encryption happens?
4
Is this the correct flow of the KRACK attack?
1
How is the MIC (message integrity code) generated in WPA2?
0
How is WPA-PSK authentication done?