Do network packets capture what gets encrypted in a device?

Do network packets capture what gets encrypted in my device before it gets sent to the host? For instance. In instagram when you log in from a mobile device. You submit a post request. In that post request they have username, password and a parameter called "signed_body" it's value is hashed(encrypted) so each user has a unique signed_body value.

So far I'm sniffing packets from my iOS device. I get packets using wireshark. I have bunch of packets. So I was wondering do these packets have the decrypted signed_body value. GOAL = (If they did, I'd get that value and hash it myself and make calls to instagram server in a accepted format).

Just so people get what signed_body looks like. I'm sniffing HTTP protocols using MiTM Proxy. Instagram hashes these signed_body to every user and almost every requests so it's unique everytime. So I was assuming that wireshark gives me all the packets in which one them might be the decrypted key 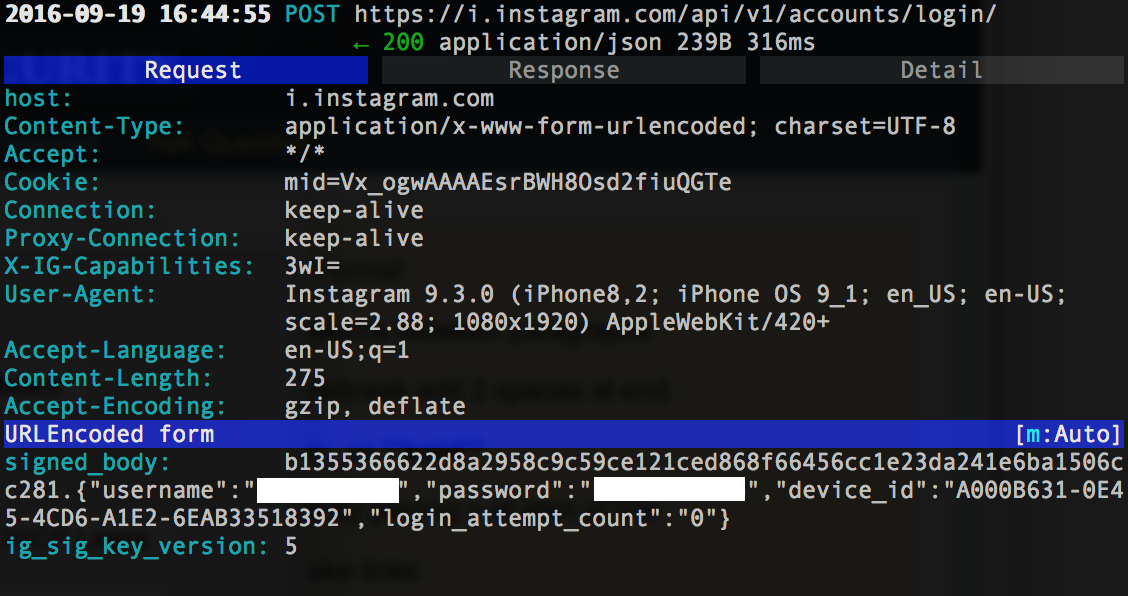 The data is in hex mode. 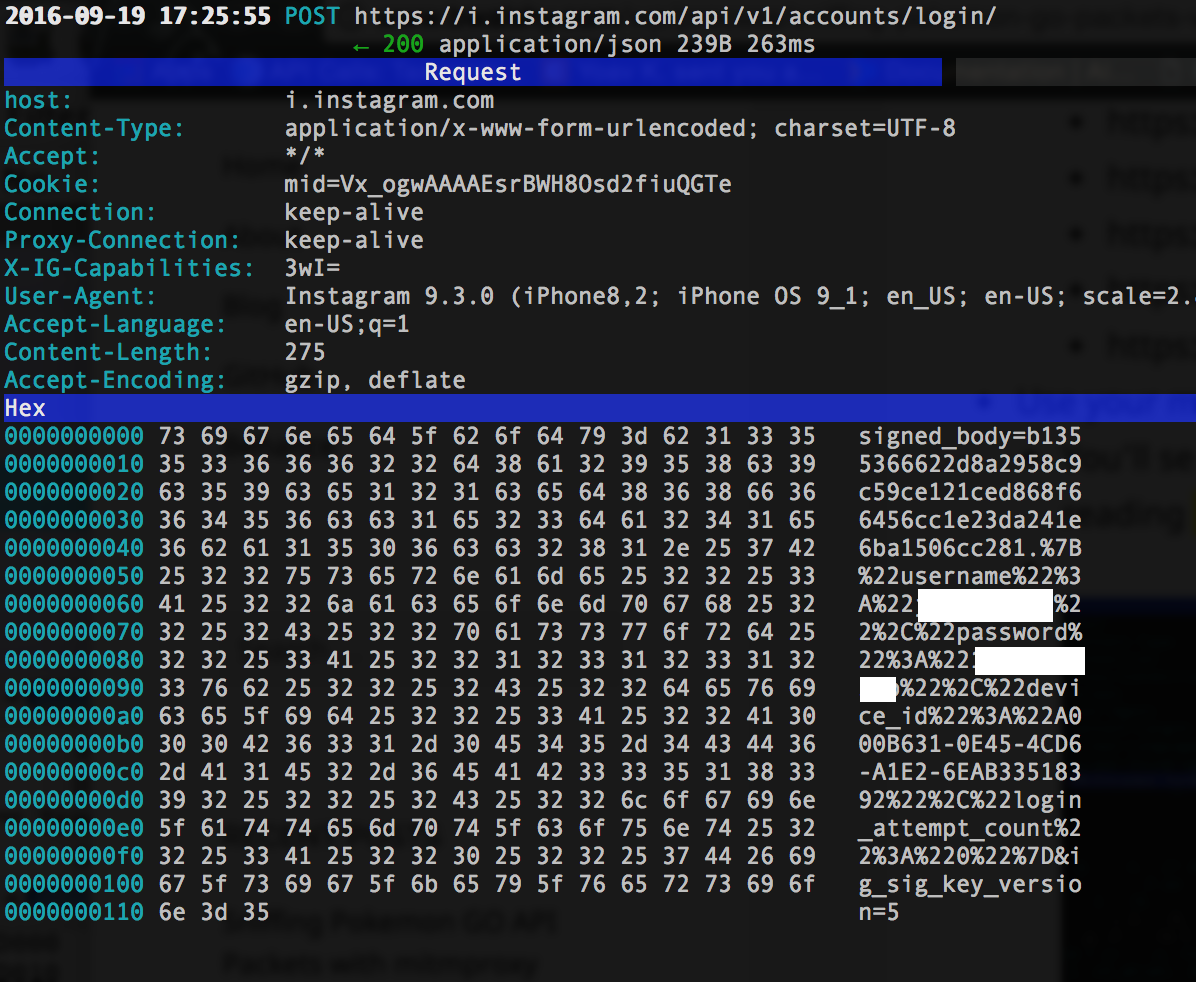 We can see (in the hexdump) that the POST request payload is urlencoded, and contains two values: signed_body and ig_sig_key_version. The former contains a string which is composed of 64 characters (which are likely a hex representation of 32 bytes) followed by a dot and a JSON, the later is an integer. And that is the payload.

TLS transports this payload over an encrypted (and trusted, unless you're in a mitmproxy and you force-trust it) connection. And that is all that TLS does. In simple words, you're confusing OSI layers, TLS protects the transport layer but the payload is on application layer. TLS will transfer any payload in the same way, i.e. had the payload contained clowns= instead of signed_body= TLS would not care at all.

Whatever signed_body is (apart from being a JSON containing your username, password and device info) depends on the instagram app design, yet it definitely is completely unrelated to TLS. They may or may not use some form of crystallographic hash to generate the first 64 characters from the JSON content plus some random number. Or (more likely) they use those 64 characters as a CSRF protection token, which is exchanged with the server on each request.

Not the answer you're looking for? Browse other questions tagged tls wireshark packet or ask your own question.

21
How is password stolen over non-SSL connection?
0
Dump SSL traffic from a Java applet
3
Performing POODLE attack
1
Doesn't seem to be able to capture the packets I need
2
Sniff LAN SSL requests
5
Unable to obtain TCP/HTTP traffic from WPA2 packets even with full handshake and decryption
2
Data sniffing on a WEP 128-bit encryption
1
How to decrypt TLS in WireShark if I can hook the application's crypto API calls?
3
Optimal way to capture HTTP(S) traffic on proxy-unaware iOS applications