Found security vulnerability, what should I do? [duplicate]

Possible Duplicate:
How to disclose a security vulnerability in an ethical fashion?
Reporting vulnerable sites

I've found a security vulnerability which gives me the ability transfer money to my account.

What should I do now? Do I get payed by the company where I found the bug? Should I report that bug to them before they tell me how much they pay me for that bug or after?

Should I write to the Customer care or the Sales mail address of them? And what should I tell them anyway?

Am I allowed to share the existence of that bug without providing details?

The problem is that I'm a minor so I don't know anything about all this and I've also the fear that they don't believe me because of my age.

What I ended up doing: I just sent them a mail with the bug and didn't tell any adult about this at the time. The fixed the bug pretty fast and gave me a really small bounty worth around $200 at that time.

What I would do today: Now that I'm not a minor anymore (ohh my I've gotten old). I'd contact them through a penetration testing company or something similar and ask them if they'd be interested in us checking their system. Telling them that they wouldn't have to pay anything if we wouldn't find anything and disclose the bug through that. If they refuse, they usually don't if done right, I'd get in touch with them anonymously and disclose the bug.

It is unlikely that you can legally make money from this bug. If you are considering some scheme to make lots of money from it: step away, take some time off. There is a significant risk that you will be prosecuted for hacking or for extortion if you try to demand compensation for reporting the vulnerability.

Note that in the US, hacking is illegal. The law is extremely broad and prohibits all sorts of things that many people might not realize are illegal. I don't know how you discovered the bug, but I am worried there is a high risk that the actions you've taken up to now (e.g., to discover the bug) might be illegal. If your actions in discovering the bug violated the law, even arguably, and if you piss off the company or generally act like a jerk (e.g., by demanding compensation), they might call up a federal prosecutor and convince the prosecutor to charge you for violating federal law. You really don't want to be in that position.

Generally speaking, here is my advice:

But, the bottom line is: check your motives. The only reason to report the vulnerability to the company is because "it is the right thing to do" and for the good of others. You are not likely to make money off this, I'm afraid to say this. If you find that you are doing this for purposes of making money, stop; go do something else. If you are doing this for purposes of making money, the risks are too high that you will find yourself hit with a lawsuit, a criminal prosecution, or something else that not only prevents you from making money, but also makes your life hell. There have been too many other cases where security researchers were prosecuted for "hacking", when they were just trying to report or publicize a security vulnerability (not even try to exploit it for financial gain). 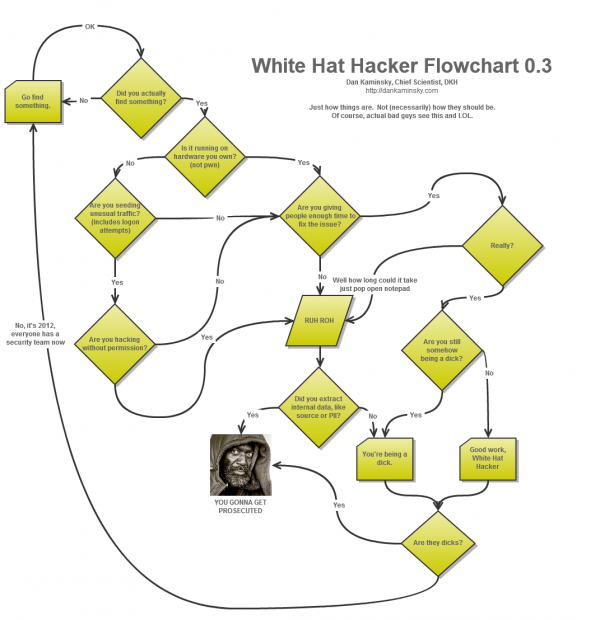 Not the answer you're looking for? Browse other questions tagged disclosure ethics or ask your own question.

78
How to disclose a security vulnerability in an ethical fashion?
16
Reporting vulnerable sites
0
Is it appropriate to request a bounty for finding exploit on major site?
61
At what point does "hacking" become illegal? (US)
17
Which companies facilitate payment in return for vulnerability disclosure?
10
How should I escalate a vulnerability that is dismissed by the vendor?
3
Multiple Passwords Appear to Log Into Single Account on Major Website
1
Opinons: To report or not to report? CFAA vs the White Hat