RFI - Is this possible even if you use an Application Server?

Since JBoss is acting as a middleware - Application Server - I was wondering if it's still possible to face with File Inclusion attacks.(?) The reason I was wandering so is that in such a case, no request will be directly sent to any Storage or DataBase server since JBoss will be stepping in the middle of communication to check for validity and so on, so I thought RFI/LFI might be already prevented by using Application Servers.

If it's yet possible, what can be done to prevent File Inclusion attacks? - not including making sure that PHP is immune enough from malicious codes

It's possible to have a file inclusion attack on JBoss (e.g exploit code: https://www.exploit-db.com/exploits/36553/).

I've tested the Remote Code Execution & had it's instances landed to file inclusions such as the follows: 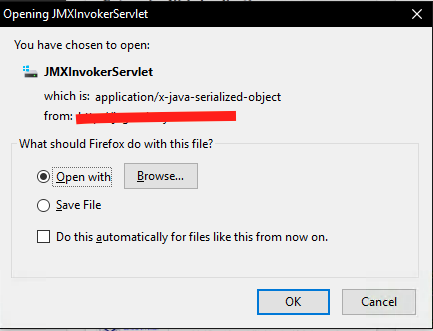 A more detailed explanation of this could be found at: http://securityxploded.com/JBoss%20Whitepaper.pdf

Since, it's Java Tier; even the middleware could be prone to attacks given in context that File Inclusions (whether remote or local) is caught due to lack of proper sanitisation or validations.

The sample code takes a user specified template name and includes it in the JSP page to be rendered. This could be a local file inclusion. However, RCE exists in JBoss & could be easily manipulated to achieve further escalation into file inclusions.

Not the answer you're looking for? Browse other questions tagged linux file-upload shellcode centos file-inclusion or ask your own question.

19
Is it safe to store and replay user-provided mime types?
1
Uploading JSP (Any kind of java code) to Tomcat without manager
4
Are LFI attacks possible (removing extension) in PHP 5.4.4+?
2
Are stack buffer overflows even possible in this instance?
2
Is it possible to use obtained wildcard certificate on more than one server?
10
Making a Blacklist of filetypes to protect PHP application
0
Is this attack vector possible?
4
Is it possible to use the Linux “echo” command maliciously?
8
Can you tell if a page does exist even if it throws a 404?