Im using Aircrack-ng suite to apply an evil-twin attack with my RaspberryPi3 operated by Kali-linux on another RspberryPi3 with Raspbian Jessie.

The steps are as followed:

3.I have changed the NetworkManager.conf file so monitor mode wont interfer with the manager as follows:

At this point, im suppose to see "Dbest" broadcasting its ESSID to all of my wireless devices, although I only see the fake "Dbest" AP on the same device I have created it with(my kali-linux), as shown: 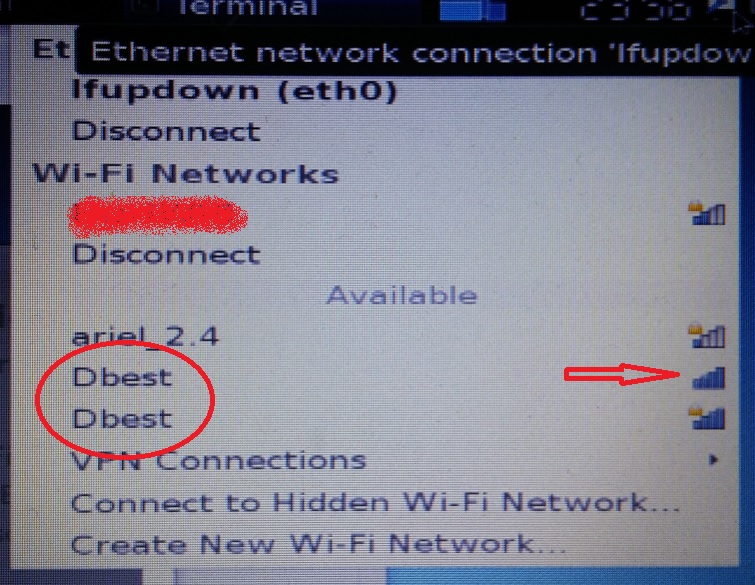 And on my Raspbian jessie I only see the original"Dbest" I am connected to and the fake one doesnt even appear, as shown: 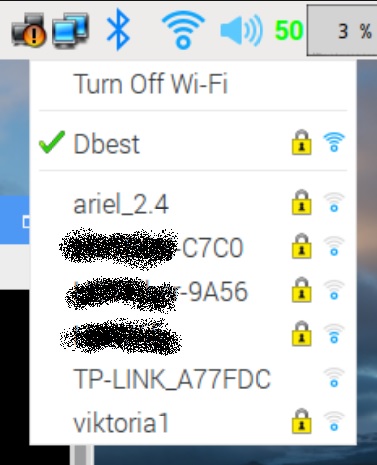 After a quick check with iwlist wlan0 scan on the Jessie, the interface can "see" a network called "Dbest" and according to dhcpdcd panel addon "wireless and wired connections" The Pi can actually see the fake AP but I cant authenticate to it: 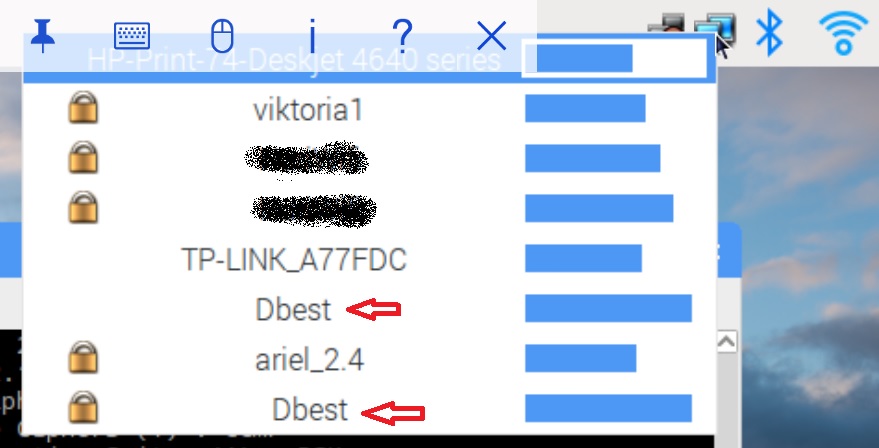 I have allocated IP and subnet Mask to the at0 interface created by airbase-ng, I have also enabled NAT routing options, dhcp listener, and the apache2 for the fake authentication though this has nothing to do with the problem.

Any ideas on how to make my fake AP visible?

both RaspberryPi3's has BroadCom BCM43430 wireless Chipset (wlan0) My kali linux has USB input wifi adapter Atheros AR9271 wireless chipset (wlan1) Everything is up-to-date, firmwares of the chipsets, drivers and my raspberrys are updated and upgraded.

You see two of the same SSID because they have different settings, to merge them and create an evil twin you need to meet some conditions, you need to have the same settings in both AP.

This is called WiFi roaming

Try adding the option -z or -Z to airbase

For people searching for the exact problem I had, I installed a "better" software than Raspbien Jessie, since Raspbien doesn't support any wifi encryption that isn't WPA,WPA2..

I installed Kali on my machine using an image from their official site and now I see everything. https://www.kali.org/downloads/

Not the answer you're looking for? Browse other questions tagged network kali-linux aircrack-ng dhcp raspberry-pi or ask your own question.