Could this kind of JWT system work?

Now, if for some reason your application server gets compromised and the secret comes out, you are out of luck. And you might not want your users to dissect your JWT's. So I came up with this idea: 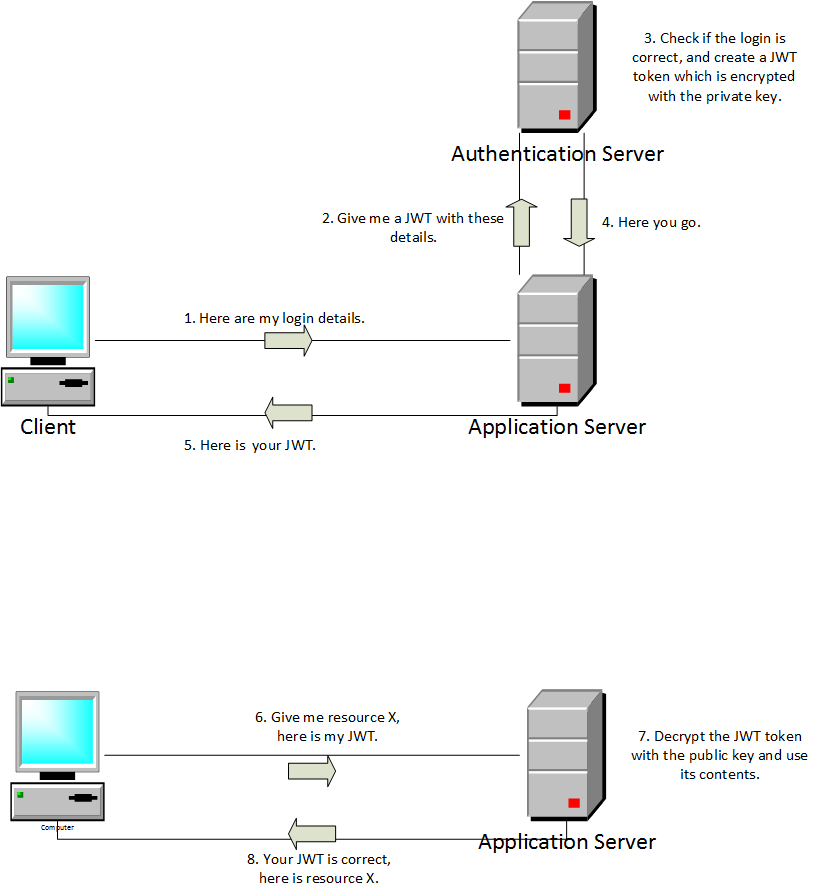 My question: is there something wrong about my thinking, that could lead to this kind of authentication system not working or being easy to compromise?

What you describe here is little more than a randomly generated session id, however most of the things which differentiate this from a session id are a disadvantage to your security. The one advantage is that you are storing state at the client and hence have a scalable, fault tolerant solution. But it does require rather a lot of processing to decrypt an asymmetric cypher.

However as the token contains encrypted data, you are putting your trust in the effectiveness of the algorithm and its implementation. Users will be in posession of both the cypher text and at least part of the cleartext - which is a big help in breaking the encryption.

As described, there is nothing to protect against a mitm (e.g. setting a ttl and key re-negotiation mechanism) or xss attack.

As it stands you need to be very careful with the disposition of the secret - e.g. in backups, failed disks, san images etc. Compare this with a random session id which expires with the session.

Certainly splitting the key pair (there does not appear to be a requirement for either part to be considered "public") adds some value, particularly if the authentication server is running a different software stack and not exposed on the internet.

But personally I would prefer a SSO server using established protocols (e.g. openam) and a random session id, optionally supplemented by single use tokens in local storage for tin foil hat security.

I normally don't like to say "yes this is secure", but I will go as far as to say it looks theoretically secure to me, based on the information provided. However...

Aside from obvious things like the limit to how much data a token could contain (assuming RSA) and the fact that all your tokens would be ~256 bytes or larger (that's a lot of data to send in every single request), I don't think your system would help at all if your Application server was compromised, which I think was the original idea?

First, the compromised server could simply continue to request as many tokens as it likes from the Authentication server. Not to mention the fact that it wouldn't need to because it is the one that verifies the tokens anyway. It could simply be reprogrammed to accept any token or no token at all.

Not the answer you're looking for? Browse other questions tagged cryptography asymmetric jwt or ask your own question.

2
OAuth2 JWT Encryption for Tokens with Scopes to Multiple Resource Servers
2
Understand what to protect with JWT
15
Shared secret when using JWT with an HMAC for authentication
1
JWT with SSL still need HMAC or RSA signature or I am just paranoid?
7
JWT or public-private keys for service to service API calls
1
Is this private network authentication system secure?
0
How can user-less servers be authenticated without sharing secret data?
2
Allowing clients to authenticate by generating their own JWT