Shimmers inside chip and pin devices 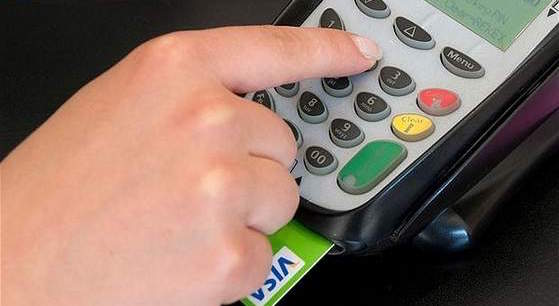 Its not possible to "skim" a chip'n'pin card in the regular sense, as the card does have a encryption key (EMV), that is used to calculate a response to a challenge sent from terminal, which will both be verifyed by the bank. The key is known only by the bank and by the card.

The name "shimmers" came from a portmanteu of the word "shim" and "skimmers", shim refers to something thin, think padlock shims that are used to open spring-loaded padlocks. The "skimmer cards" are so thin so they fit between the actual payment card and the reader. Such "smart card" shims are used also to illegally tamper with operator-locked mobile phones so they can be used with any operator. (basically, the shim will reside between the operator SIM and the phone, and "lying" to the phone that a SIM from the right operator is inserted)

However, there is 2 cases where a chip card can be misused, despite the security features:

1: Its possible to skim the details of the cards, EXCLUSIVE the CVV, as these are stored in clear-text on the card (its mainly required to store these details in clear-text as the bank must know which encryption key to use to verify the result of the transaction). This card number and expiry date can be used at any web shop where CVV is not required.

Also, the merchant also very often takes the hit if VbV/3Ds is not used.

2: If a merchant does not have a valid online connection, the extra high security of the chip cannot be used. Instead a "offline transaction" will be used, where the card reader assert it has verified the PIN (or performed a signature transaction) correctly against the smart card, and supply a static signature/authorization code to the bank. Since the card reader has no means to verify a genuine card was used, it either has to deny all cards (so no goods are given to someone with a fraudulent card), or the bank has to accept all cards, including fraudulent ones (so a genuine card holder cannot use a fraudulent copy of his own card to gain goods and then claim he don't know anything of it).

This means, its possible to clone a chip card and use it in a offline terminal, along with the right PIN, or by signature.

The main defense to this is to require online verification of cards. Normally, a terminal is set to only allow a certain number of offline transactions before forcefully going into online mode (eg, refusing to process offline transactions). This number is then set by the aquirer, depending on the agreement with the merchant. In some cases, the terminal can request phone authorization, where the card will be validated "online" via a phone call made by the merchant. A issuer can also require online verification by setting certain flags and bits in the static data portion of the card, then a terminal that lacks a connection will refuse to process the transaction. (This can be set specific on transaction amount, and differently if PIN, signature or no cardholder verification is used)

Note that a "online only" card can STILL be used for offline processing if a terminal is incorrectly set up, eg not following the EMV standard. A bank that conforms to the EMV standard should then refuse to process such transactions, as the merchant was told at processing time that the bank will not accept offline transactions.

*And same here: A bank MUST process a transaction made offline, on a offline permitting card, even if the card is barred (eg, you called into the bank's hotline and told them you lost your card) until a specific time passes. Theres a set limit of time that must pass before the card is definitely barred, this time is the interval the merchant has to update its blacklist. This is why transactions may appear on your account despite you have called and told them you have lost the card. The list of lost cards must be distributed to every offline terminal, and those might only be recharge its list of lost cards each 6/12/24 hours.

Not the answer you're looking for? Browse other questions tagged credit-card banks atm or ask your own question.

4
Is it ok to cut some digits from the front-face of a credit/debit card?
2
Would chip-and-PIN have prevented the Target breach?
98
Why do ATMs accept any PIN?
1
What Can I Do While I'm Waiting for “Chip and Pin” Credit Cards?
19
NFC contactless payment security
69
Can I scratch off the magnetic strip off a debit card to only allow chip and PIN?
3
Using chip and pin credit card for authentication?
2
What can I do as a user to minimize the risk of online banking?
1
How could criminals use stolen EMV credit cards in 2011?
4
Can a criminal fake the use of a PIN in a chip and pin credit card transaction?