Why is FIDO U2F an entirely different standard from FIDO UAF instead of just a subset?

As you may already be aware, the Universal 2nd Factor (U2F) standard is a standard for 2nd-factor authentication which allows users to authenticate to web applications using a USB hardware token.

While reading up on this standard, I discovered that the Fast IDentity Online (FIDO) Alliance, which created the U2F standard, also has another standard they created around the same time called the Universal Authentication Framework (UAF), which seems very similar to U2F: 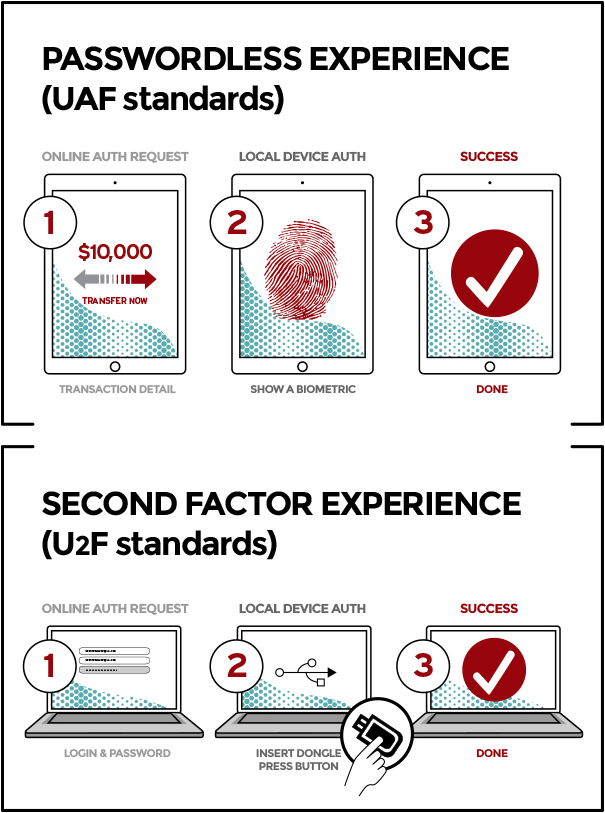 The passwordless FIDO experience is supported by the Universal Authentication Framework (UAF) protocol. In this experience, the user registers their device to the online service by selecting a local authentication mechanism such as swiping a finger, looking at the camera, speaking into the mic, entering a PIN, etc. The UAF protocol allows the service to select which mechanisms are presented to the user.

With this in mind, why is U2F even a separate standard from UAF in the first place? What's so different about U2F that warrants it being an entirely different standard rather than just another authentication mechanism for UAF?

From a technical point of view, your question totally makes sense.

At first, there were no real all-in-on perspectives, but it may be different now. In fact, in the current draft of the next FIDO standard called "WebAuthN" (that used to be called FIDO 2.0 too) we can see as a non-messy UAF successor, FIDO U2F can be used as an "Attestation Statement Format" as you can see here: https://www.w3.org/TR/2017/WD-webauthn-20170216/

So your question makes sense and hopefully, in the future we are following this path.

In short, UAF will have a role as a single factor authentication. That is mainly achieved by biometrics in order to replace passwords, to replace "what you know" with "who you are," in addition to some crypto techniques like PKI.

U2F still has a role as a second-factor ("what you have") in addition to username/password ("what you know").

This property makes UAF completely different from U2F; that's why there are two standards. On the other hand, UAF has more operations than U2F which makes it more complex.

Not the answer you're looking for? Browse other questions tagged authentication multi-factor fido u2f or ask your own question.

27
What are the differences between the U2F and UAF FIDO authentication standards?

27
What are the differences between the U2F and UAF FIDO authentication standards?
3
Revoke and regeneration in FIDO U2F / FIDO UAF
8
From a credential flow perspective, whats the difference between FIDO UAF and FIDO 2.0 Web Services?
5
Using Fido U2F or similar as primary authentication method?
5
How should I implement FIDO UAF architecture?
12
FIDO and FIDO2 differences
5
Where are FIDO U2F Keys Stored?
1
Why isn't U2F's CTAP protocol forwards-compatible with FIDO2's CTAP protocol?