Can information security risks essentially only be triaged according to the CIA triangle?

Can information security risks essentially only be triaged according to the CIA triangle (Confidentiality, Integrity and Availability) or are there other possibilities? 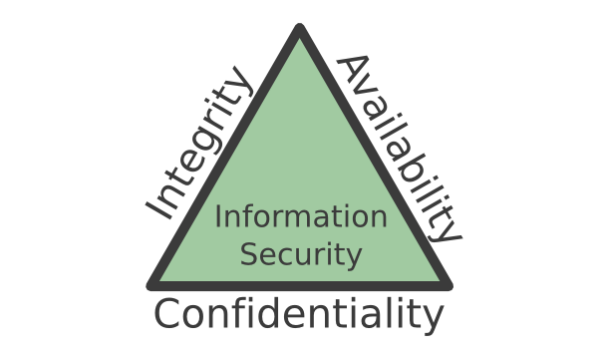 There are lots of other possibilities.

Note that the CIA triad is not so much a model for security risks as it is for security goals/objectives. It has often been criticized for being overly simplistic and incomplete. Consequently, there are lots of alternative models and extensions of the CIA triad. One popular option is the Parkerian hexad that consists of confidentiality, possession, integrity, authenticity, availability and utility. Others have suggested extending it with authenticity and non-repudiation to the CIAAN model.

If your primary goal is threat risk modeling, there are other models to consider - which can still be associated with the CIA triad. For example, there is the STRIDE model which classifies threats via the categories spoofing, tampering, repudiation, information disclosure, denial of service and elevation of privilege. Here is how it relates to CIA:

STRIDE is what an attacker can do. TID is the attack version of CIA:

But, what about Spoofing, Repudiation and Elevation of Privilege? Enter the (modern) non-linear attack:

Not the answer you're looking for? Browse other questions tagged risk-management risk-analysis risk risk-classification or ask your own question.

1
What security risks are associated with DLP Systems?
27
DDOS - security or operational risk?
0
Difference between Threat Impact and Business Impact
4
How are assets assessed for criticality?
4
Why doesn't CVSSv2 consider XSS to have a confidentiality impact?
0
Dilbert's Pointy-Haired Boss & Influencing executive perspectives on Information Security
1
According to the risk assessment theory, is this expenditure appropriate?
2
What is the boundary between Information Security and Quality Control regarding Integrity?
2
Expressing the risk of not having a security policy (e.g. ISO 27002, chapter 5)