How does this site decrypt SHA256 hashes? [duplicate]

I thought sha256 is impossible to crack (so far). But I saw a website, that could decrypt my hash. So is this because they store known hastes in a database or do they really decrypt hashes? Here's an image: 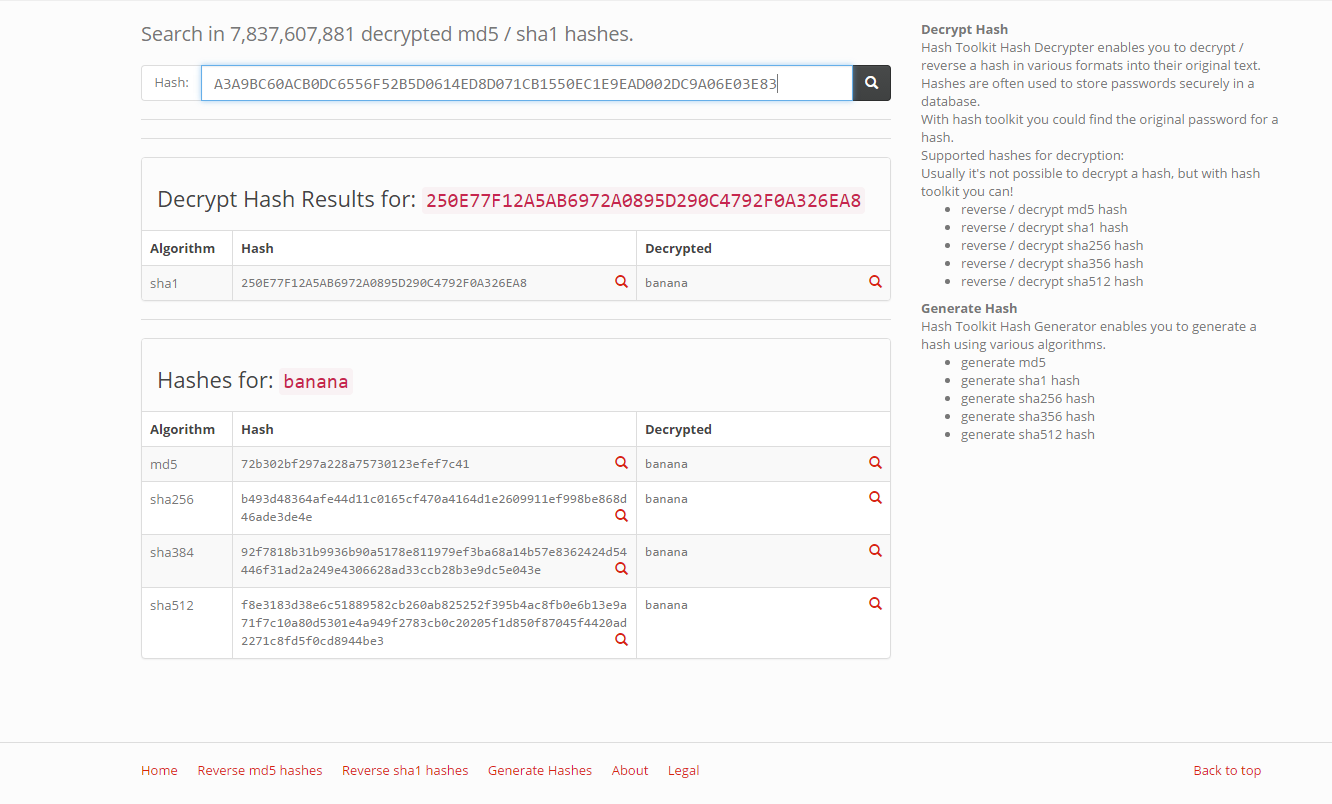 You are correct, the hash functions SHA256, SHA384 and SHA512 are (currently) unbroken, so it is not possible to easily reverse them. MD5 and SHA1 are considered broken because researchers have found pairs of strings that produce the same hash value, but even these require weeks or months of computation.

(note: I don't like that the site uses "decrypt" because that's a word you use for encryption; you can't "decrypt" a hash)

What they are probably doing is a dictionary attack in which they have pre-computed the hashes for all common dictionary words. This would give them a lookup table which would take in a hash and return the word that produces it.

Your hash wasn't cracked, it was pre-computed and put into a rainbow table.

Hashing is a one-way cryptographic function designed to be compared to and not decrypted like a value that has been encrypted.

So what this website has done is taken a bunch of strings, hashed them using various algorithms and stored the value of the hash. That way when you enter your hash, it compares that hash to values it's already stored to seemingly "reverse" the hash. This is why using a salt is so important while hashing.

Not the answer you're looking for? Browse other questions tagged hash sha decryption sha256 or ask your own question.

8
Does truncating the cryptographic hash make it impossible to crack?
14
With ASIC bitcoin miners, should SHA256 be considered insecure for password hashing?
0
Could overlapping SHA256 hash begin to loop at some point?
4
Why does LastPass store password hashes on the server at all?
3
How can SHA256-hashes as input to MD5 be revealed?
79
What is the specific reason to prefer bcrypt or PBKDF2 over SHA256-crypt in password hashes?
0
What are the implications of reversing hashes
0
SHA256 hash can be used to decrypt data?