2FA why not to ask the code before password

In case the second scheme is used - username then submit etc. Why not use the SMS code first?

My idea is that this would prevent users from guessing or bruteforcing the password, which commonly is used on other services like email, which then often can be used to unlock account from SMS authorisation.

Another reason is that this would provide the user straight with information about login try.

Edit: I realized that I did not mentioned that 2FA is not required, but rather optional, similarly to facebook or google.

I also would like to assume that the 2FA process is not flawed itself - the user can not set invalid number and the number is checked upon setting. The number would been checked by sending test OTP which would be required to confirm that the number is correct.

TL;DR Security is hard and making even small changes to the way security protocols work can open up unexpected attacks. While it may seem at first glance like putting the 2FA before the password helps to protect the password, it actually opens up much worse attacks. Let's have a look!

The problem we're trying to solve

According to your question, the problem you're trying to solve is password brute-forcing. This is a bit of a red herring because people crack passwords against stolen or leaked databased of password hashes, people don't brute-force against live servers because things like rate-limiting already do a pretty good job of solving this problem. That said, let's take a look at different types of 2FA and what would happen if the 2FA went before the password. 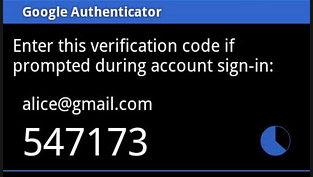 I agree with you that I can't, off the top of my head, think of a reason why putting this first would weaken the authentication protocol.

Some 2FAs are designed to pop up a notification on the phone rather than hiving you type a code, for example the Blizzard Authenticator: 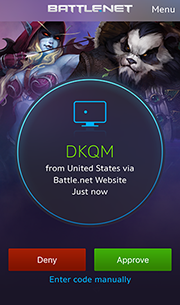 Doing what you suggest of putting this before the password would actually be dangerous because it leads to a denial-of-service attack: the attacker hammers a user's account so that there are near-constant notifications on their phone, either preventing them from being able to use their phone, and / or forcing them to disable the 2FA in order to make the notifications stop (and weakening their account).

aka sending a One-Time-Password to your phone by SMS.

This has the same problem as Notification Apps in that it leads to an obvious denial of service attack, but it's worse because in some places, phone carriers charge for incoming SMSes, so the attacker can force the user to pay huge cell phone bills.

Of the three types of 2FA apps I mentioned, your proposal is neutral for one, and detrimental for the other two.

Also, putting the 2FA step first would advertize to attackers which user have enabled 2FA, and which have not. Basically telling them who the easy targets are.

Finally, the notification and SMS based 2FAs server another valuable purpose: an alarm to tell you when your password has been cracked. If I get a 2FA notification that I did not expect, it's time to change my password.

I like that you are thinking outside the box and challenging the way things are. Security is hard, but don't be discouraged from asking more questions, this one was fun to answer.

It's so users who make a mistake don't wait indefinitely for an OTP that will never come.

Why "either way," you may ask? Why is the message the same in both cases? See OWASP authentication cheat sheet which tells us:

An application should respond with a generic error message regardless of whether the user ID or password was incorrect. It should also give no indication to the status of an existing account.

The reason for the generic message is to avoid providing any signals that a hacker could use for user ID farming.

So now we see the problem. If the user makes a mistake, the system can't tell her she made a mistake, and she will have to wait for the OTP indefinitely. This is different from password authentication, where the feedback is immediate.

This whole problem goes away if the password is checked first. Once the user is authenticated with the first factor, we have already established that the user ID is valid, and it is OK to tell them if they never set up a phone number on the account.

Other use cases are affected too

These other use cases also become poorer UX, or are awkward to implement due to security requirements:

Doing so allows an attacker to iterate over usernames (mainly, these are publicly available or very easy to guess) so the website will send a lot of useless texts/mails to everyone. Website would then certainly be blacklisted as "spammer".

And this cannot be secured, except by shutting down all logins for few minutes (if you keep spamming only one account, as said in a comment, then you could refuse to send another OTP if one was already asked minutes ago, but this cannot be done website-wise).

Asking for password first blocks this kind of attack, since you would have to know everyone's password too.

Not the answer you're looking for? Browse other questions tagged passwords multi-factor authorization or ask your own question.

2
What are reasons to ask for 2FA before password?
2
Two factor authentication: Why ask for password first?
2
Multi Factor and order of authentication

11
Why not ask for a password and 2-factor token at the same time?
1
Why do I see 2FA but not see "two separate entities" being prioritized in website authentication?
16
Should 2-factor authentication using SMS be deprecated?
4
2-step authorization (using SMS) is less secure than having 2-factor disabled at all!
8
Functional Google 2FA code (via SMS) received from a random (but in use) mobile phone number
0
Why hasn't push notification authentication replaced SMS for 2FA?
0
Doesn't 2FA increase the vulnerability of an account?