ECC How to exchange signed and encrypted data

The .NET Framework 4.7 has enhanced the functionality available with Elliptic Curve Cryptography (ECC). ImportParameters(ECParameters) methods were added to the ECDsa and ECDiffieHellman classes to allow for an object to represent an already-established key. An ExportParameters(bool) method was also added for exporting the key using explicit curve parameters.

The .NET Framework 4.7 also adds support for additional curves (including the Brainpool curve suite), and has added predefined definitions for ease-of-creation via the new ECDsa.Create(ECCurve) and ECDiffieHellman.Create(ECCurve) factory methods.

I'm a .NET Developer who want use ECC with a HSM, thereby some questions emerge.

With the feedback you provided, I would use this message format to archive plausible deniability and authentication. 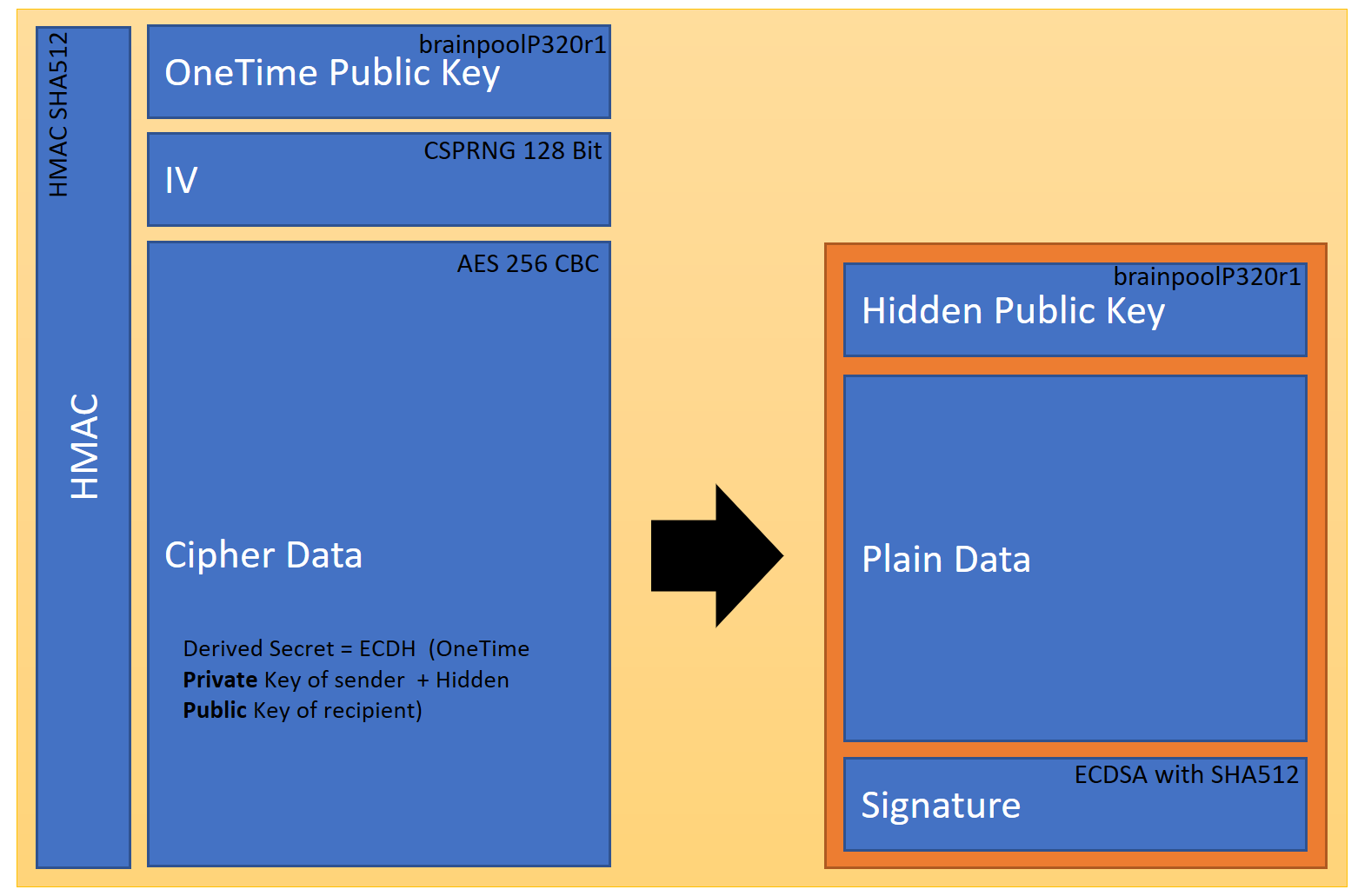 To ensure only Bob can read the message, the message must be encrypted using Bob's public key. To prove that Alice sent the message, it must be signed with Alice's private key.

I.e. if you are using encryption in the context of a message between two parties, use of seperate keys for encryption and signing is a necessity.

If the order is reversed, and the message is signed before it is encrypted, then the signature is also encrypted and hidden to everyone except Bob.

This seems like a homework assignment so I'll only give some pointers:

Regarding the statement It is not allowed to use the same EC for signing and encryption: Elliptic curves have parameters so there are many of them. Requiring the use of different curves does not make sense, though.

Regarding 1.: Depends on how exactly you sign and encrypt. It's probably fine. You only use the signature key to derive a common secret. That can usually be done in a safe way.

Regarding 2.: Consider that you want signatures to authenticate messages to the other party but you also want plausible deniability. That should give you a good hint.

Not the answer you're looking for? Browse other questions tagged encryption ecc or ask your own question.

3
encryption method against man in the middle attack
24
ECC in (Open)PGP
6
How does signing work with Elliptic Curve Crypto?
3
LibTomCrypt weird ECC Keys
1
Is this algorithm really end to end encrypted and secure?
4
ECDH and static key encryption
10
How does CVE-2020-0601 (ChainOfFools/CurveBall) work to undermine ECC?
4
gpg key size of 4096 and “the future is ECC”