Burp Suite - Although my configurations are correct, still Chrome doesn't allows me to access HTTPS sites and throws an error!

I'm having a hard time accessing sites with HSTS enabled via burp proxy in Chrome. Everything works perfectly fine with Firefox and IE, but Chrome has stopped working since yesterday.

I've followed all the instructions went through all the available documents and have reinstalled the certs and all but no luck.

Screenshots with details about the errors: 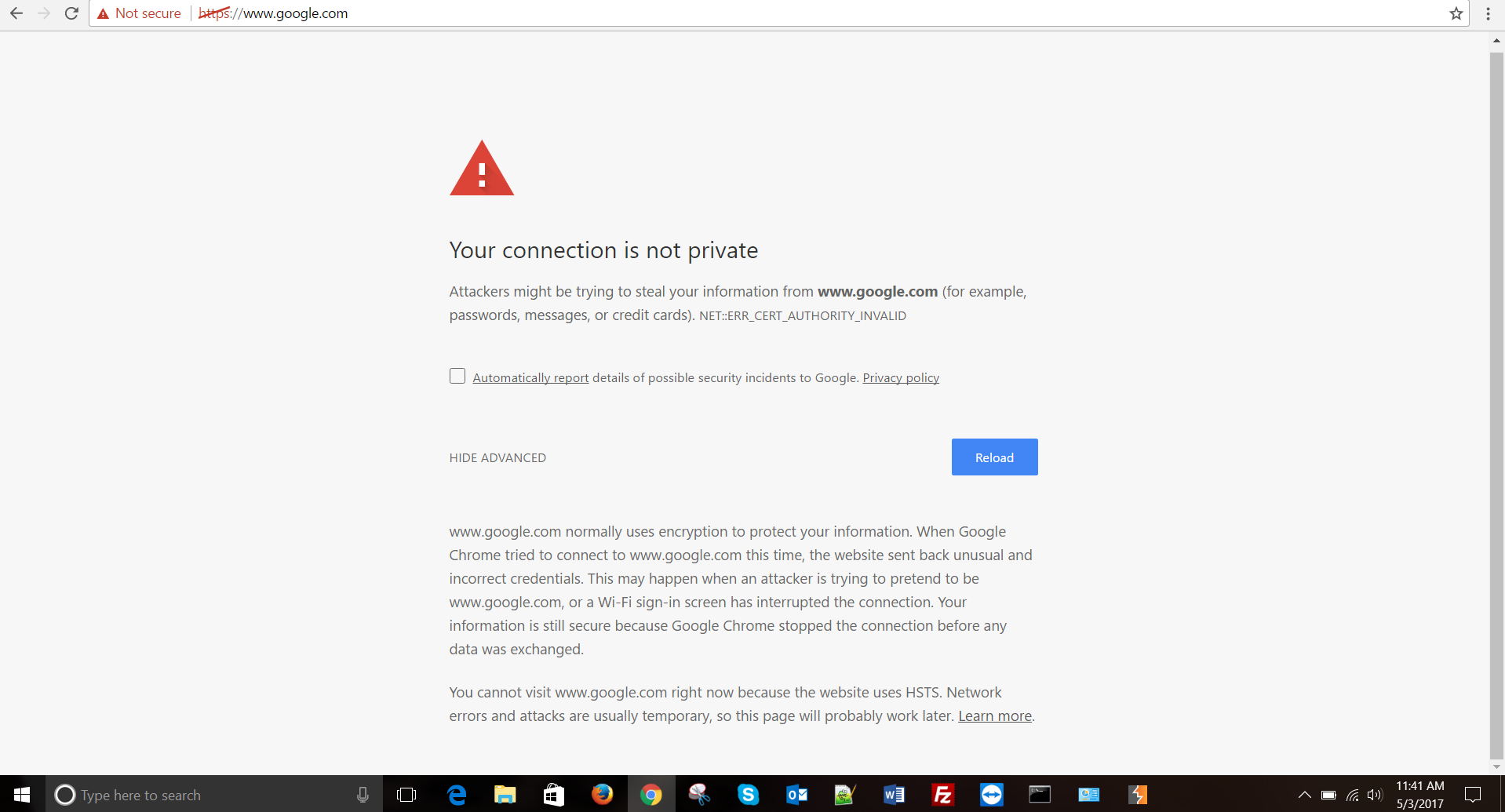 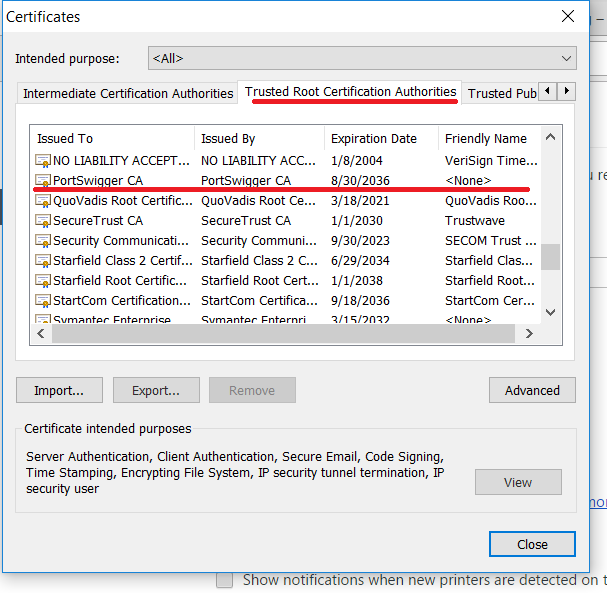 As I mentioned, it works fine with Firefox and IE but not with Chrome.

This is probably due to a change in Chrome 58 which now requires SAN:

RFC 2818 describes two methods to match a domain name against a certificate: using the available names within the subjectAlternativeName extension, or, in the absence of a SAN extension, falling back to the commonName. The fallback to the commonName was deprecated in RFC 2818 (published in 2000), but support remains in a number of TLS clients, often incorrectly.

The use of the subjectAlternativeName fields leaves it unambiguous whether a certificate is expressing a binding to an IP address or a domain name, and is fully defined in terms of its interaction with Name Constraints. However, the commonName is ambiguous, and because of this, support for it has been a source of security bugs in Chrome, the libraries it uses, and within the TLS ecosystem at large.

The compatibility risk for removing commonName is low. RFC 2818 has deprecated this for nearly two decades, and the baseline requirements (which all publicly trusted certificate authorities must abide by) has required the presence of a subjectAltName since 2012. Firefox already requires the subjectAltName for any newly issued publicly trusted certificates since Firefox 48.

The solution to this is to regenerate the certificate on the server showing the error, or as in your case - the Burp cert.

Not the answer you're looking for? Browse other questions tagged tls proxy chrome burp-suite ssl-interception or ask your own question.

12
How can end-users detect malicious attempts at SSL spoofing when the network already has an authorized SSL proxy?
1
Self-signed SSL certificate on chromebook (and android)
5
Is Google Chrome Extension access to SSL certificate validation output possible?
32
Why doesn't the TLS protocol work without the SSLv3 ciphersuites?
0
Malware ad.adsmatte infection
4
How secure is socks5 proxy over ssh?
4
Is SSL Interception possible without disabling Public Key Pinning on the client side?
3
Burp suite interception bypass
1
iOS traffic not shown in proxy when SSL pinning enabled
0
Firefox reports every HTTPS page as unsecure in Windows 7 for standard user