Why Windows allows Administrator login via RDP by default?

Coming from a Linux background, this seems awful weird to me. Unlike Linux, where root login is denied by default in SSHd configuration, Windows users in Administrator group are allowed to login by default via RDP. 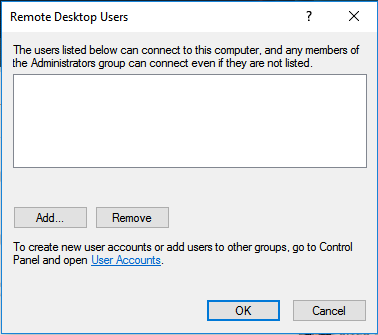 I believe it would make more sense, to follow the principle of least privileges and defense-in-stages. Instead of exposing the administrator account for remote logins, it makes more sense to allow ONLY non-admin accounts so that, even if there are any breaches, it is possibly contained.

So, what could possibly be the reason behind this decision of exposing Admin accounts by default?

Starting at least with NT4, Windows uses the notion of domain of administration, and the administration of a machine is normally done through the network. This is a general design decision: if you know an administrator account of a machine (or of the domains it belongs to) and if the system has not be tweaked to remove default services, you can have access to any disk through the administrative shares (\\HOST\C$), you can connect to its registry, and you can generally manage its users and shares.

The RDP follows same principle: if you are allowed to administer a machine, you should have all priviledges on it. Simply you can also allow other users to use it in addition to the administrators.

Be it or not a best design is another question, but it is Windows general design.

Not the answer you're looking for? Browse other questions tagged windows rdp or ask your own question.

8
How can Network Disconnect be implemented for RDP on a Windows system (2003/XP or later)?
3
RDP - Same login sufficient?
11
Windows RDP over internet
0
How to connect to Windows RDP and delegate authentication to a (reverse) proxy?
2
Email hacks via RDP
1
Windows 7 RDP exposed to Internet
0
THC Hydra on Windows RDP Domain
1
Windows RDP logging into itself?