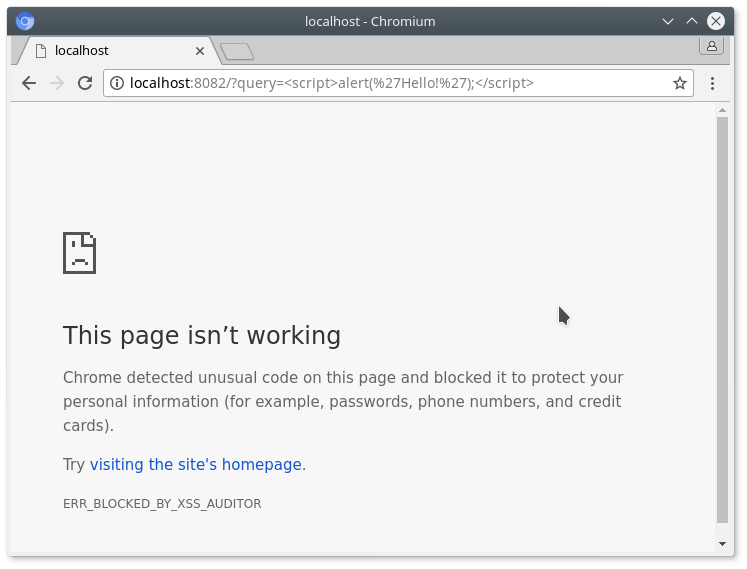 6
Is this jQuery ajax call vulnerable to XSS?
4
Bottleneck while creating XSS scanner for a website which returns API response instead of HTML
1
If a website filters out XSS-related terms, is it still potentially vulnerable?
0
How to exploit XSS reflected in order to steal cookies
1
Why is unsanitized output from ajax request bad?
3
What are some ways to execute a reflected XSS attach
0
DOMXSS - Is Input Field Content an Attack Vector?
0
Can an xss vulnerability without authentication be exploited?
0
XSS code not fetching back script
0
Demonstrating reflected XSS with GET Parameter and URL encoding