Pretty interesting series of event unfolded. I had a newly installed Windows Image downloaded from Microsoft Dreamspark/Imagine. less 3 weeks old with some security restriction policy, gpos etc. Anyhow I started to notice that I saw Cortana and MS Calculator would appear to use a some TCP traffic. Which Cortana was obvous but the calculator?

So I scanned the machine with Windows Defender, Maleware Bytes Anti Exploit and Rootkit and a Viper Scan.... Nothing on the Calculator. I would see the calculator spawned as a schedule task as well.

Unnerving me. I scanned it with YARA it had signature of using HIjack Network, UDP and TCP sockets, Keylogger, Screenshots, an Audio Dropper, Privalage escalation signatures etc as I suspected.

I since than deleted all the Windows Apps. (which is also DOD STIG requirement)

Has anyone seen this behavior? Any thoughts or explainations? Why Did Malware Bytes and Microsoft fail to detect this as a virus? or exploit? I am almost assuming this is normal behavior? 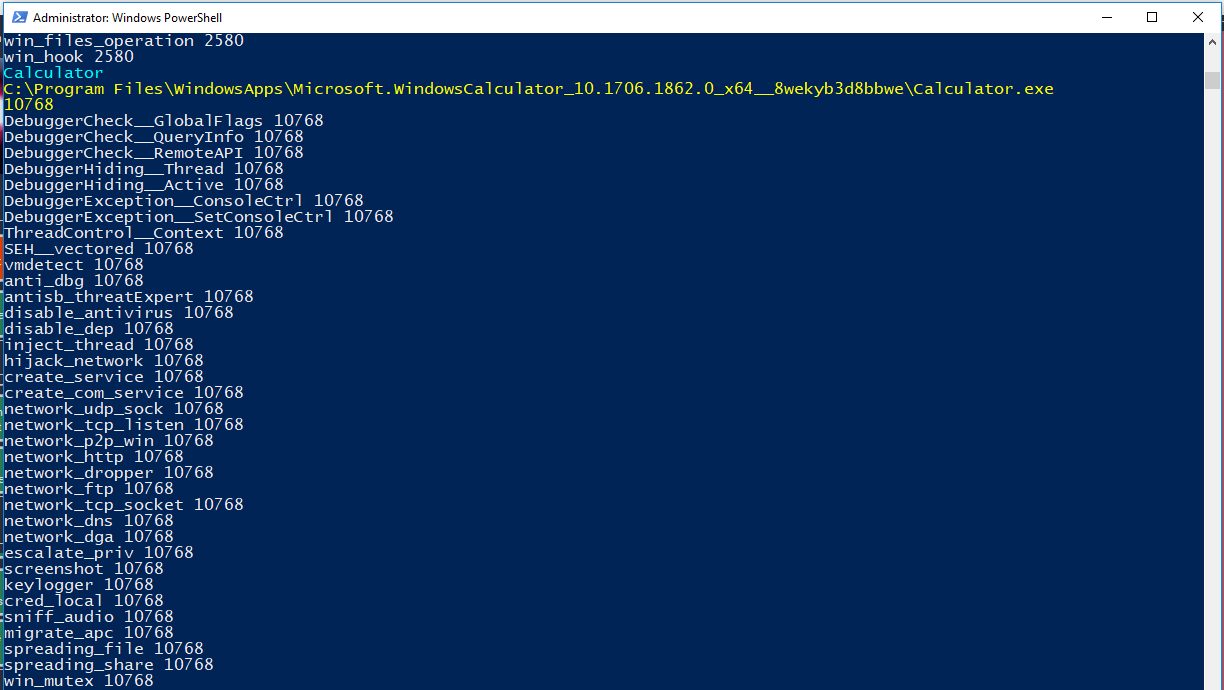 The Calculator app has a currency conversion feature, which actually grabs conversion rates from the internet. As such this network traffic is normal.

Edit: To expand on this, Windows 10 has telemetry all over the place, but how much information is gathered depends on your privacy settings. If you're willing to read through an extremely detailed page about what is collected when the "Basic" privacy level setting is selected, this page by Microsoft should satisfy your needs. There is also this page by Microsoft that goes into the diagnostic data that is collected in version 1703 of Windows 10, which also includes information on how keyboard usage is collected.

Not the answer you're looking for? Browse other questions tagged malware windows yara or ask your own question.