Based on the Technical White Paper

After reading it, I understand it as follows (Page 13, bottom)

So to exploit (Linux kernel RCE vulnerability - CVE-2017-1000251), there are two actors Attacker and Victim

I am confused since, since I thought the Victim should send Configuration Response based on Configuration request from the Attacker, but in the paper it is described as above.

Is this correct? Did I misread it? Can somebody expain/correct me on this?

When it helps somebody, here is a Conf Request Wireshark trace.

Can somebody explain this? I have TCP/IP background ....

What does it mean localhost()?

Found this, based on this each device should send a Conf Request and each request should receive a Conf Response. 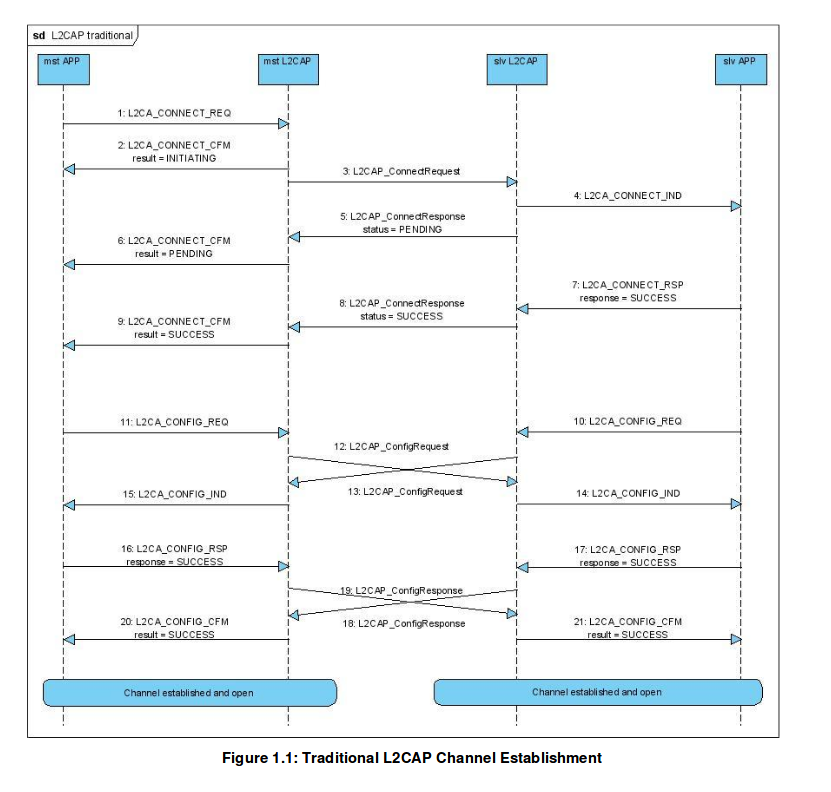 Why it looks so weird than in my Wireshark trace?

Receives at the same time conf request from other party:

Going to next step ... crafting the frames, here is my next questions if anybody is interested on SO:

2
Is this Scenario Exploitable?
18
How will we stop BlueBorne on older devices?
5
Are we safe from phone-to-phone-spreading BlueBorne malware horror case?
1
Is Linux ​kernel ​ RCE ​vulnerability - ​CVE-2017-1000251 (BlueBorne vulnerability) practical?
5
What is BlueBorne and how to protect myself?
1
So is the phone without BLE vulnerable before BlueBorne or not?
2
Does an Egghunter attack still make sense in a 64 bit system?