Can the client communicate with the AP after a KRACK attack?

When a client is forced to reinstall the key and to reset the nonce and the replay counter, what does it imply for the future communication between the client and the AP? There's an adversary in the MITM position who now can decrypt packets, but I'm wondering if the client can still communicate with the AP (and with the Internet) provided that adversary forwards packets in both directions.

As I understand it, the AP's replay counter won't be reset, and therefore it will refuse any packets with number lower than its replay counter. Also, the AP will assume that it is receiving data encrypted with keystream from nonce X, but because of the attack and the client's nonce reset, it will receive data encrypted with keystream from nonce 0.

We first establish a man-in-the-middle (MitM) position between the supplicant and authenticator. 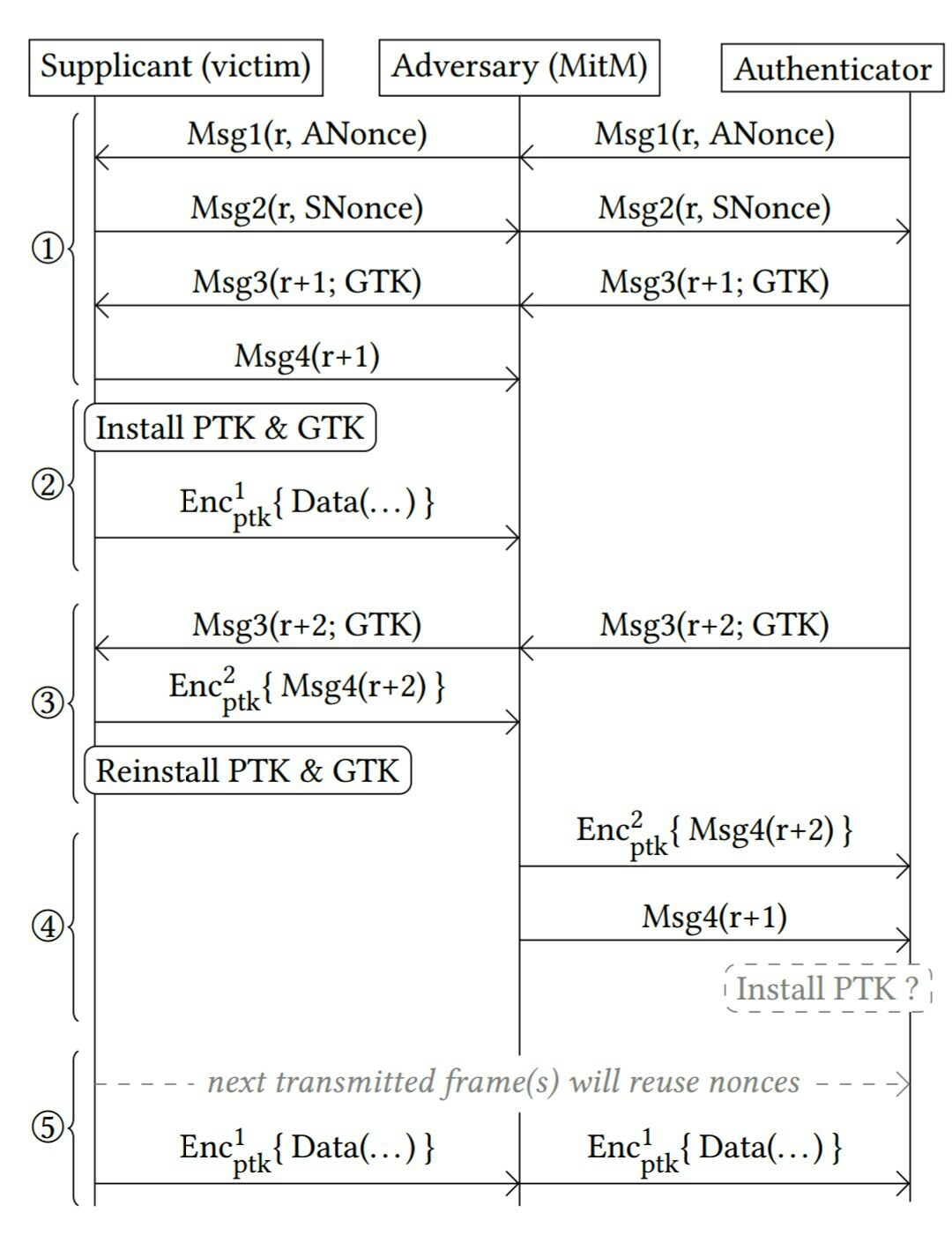 The paper also mentions how the authenticator will accept any replay counter:

However, a careful inspection of the 802.11 standard reveals that the authenticator may accept any replay counter that was used in the 4-way handshake, not only the latest one.

Not the answer you're looking for? Browse other questions tagged wifi vulnerability wpa2 krack or ask your own question.

256
Consequences of the WPA2 KRACK attack
142
To sufficiently protect against KRACK is patching the client, the AP, or both, required?
17
Is WPA2-Enterprise affected by the KRACK attack?
6
KRACK and Keystream
1
Can a KRACK attack force a reauthentication handshake?
4
Is this the correct flow of the KRACK attack?
0
How to detect KRACK attack?
10
Krack attack(er) sees which traffic?