What are the advantages of sequential signing

If by "sequential signing" you mean "signing the encoded signature of someone (computed over a given document)", then this can be viewed as a kind of "countersignature", meant as a formal approval in a multi-layered hierarchy. E.g. some employee signs a purchase contract but it must also be approved by his chief.

CMS contains a format for that (section 11.4 in RFC 5652). However, CMS does that only on the "raw" encoded signature, without the original document or even any indication of which signature algorithm was actually used in the first place; this opens the road to a variety of tricks which make the actual semantics of CMS countersignatures a bit hard to nail down. For instance, it is possible, given an arbitrary bit string, to create an asymmetric key pair for which the bit string becomes a valid signature over an arbitrary document; so not only does the countersignature not prove that the countersigner saw the original document, but it is also possible that the countersigner saw another document and another public key for which the signature looked valid.

What you said it's a something like Public Key Infrastructure (PKI), in PKI we use sequential signing because we want to ensure that the last sign was reliable, therefor someone else (UserB) must sign last sign(UserA) and other one(UserC) must sign UserB and so on, this chain continued until someone that was trusted to us (TTP Trusted third party) sign the last person sign, we call this user CA (Certificate Auttority). the reason that we need CA is that we have limited trusted sign in our operating system (or Web Browser or ...) and we can not save all users signature so must have sequential signing to reach some trusted one.

we have 3 architecture for this: 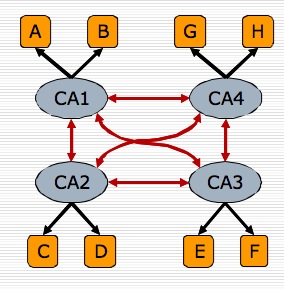 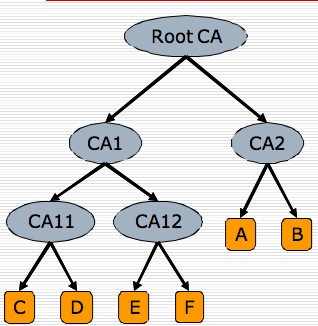 Not the answer you're looking for? Browse other questions tagged cryptography digital-signature or ask your own question.

3
Advantage of group signing over single signing
11
Electronic identity and digital signatures - why they are different?
3
Digital signature: How do I know what I'm signing?
8
Subresource Integrity versus signing
34
What does "signing" a file really mean?