I have recently been doing some security evaluation work on our Android applications, by proxying all the communication through Burp Suite.

I noticed one of our devices was sending requests to a domain I did not recognise, one that is registered in China. It turns out the application sending these requests is a file manager app that came pre-installed on the device (cheap Chinese tablet).

It mostly seems to send requests when the application is in use, though occasionally appears to send requests in the background too. The app doesn't display adds or related content so it isn't that, also when it does load content such as help, it comes from a different domain. My suspicion is it is posting some sort of tracking or snooping data.

I am obviously concerned and curious as to what data this application is sending but I am struggling to work out the payloads. The headers do not indicate a content type, I have used all of the decoders in Burp Suite to no avail. Firstly I considered binary and gzip but I end up with the same data, I've also attempted to convert the data to Chinese with zero success.

If anyone can shed any light on my next steps to decoding this request content, that would be much appreciated. 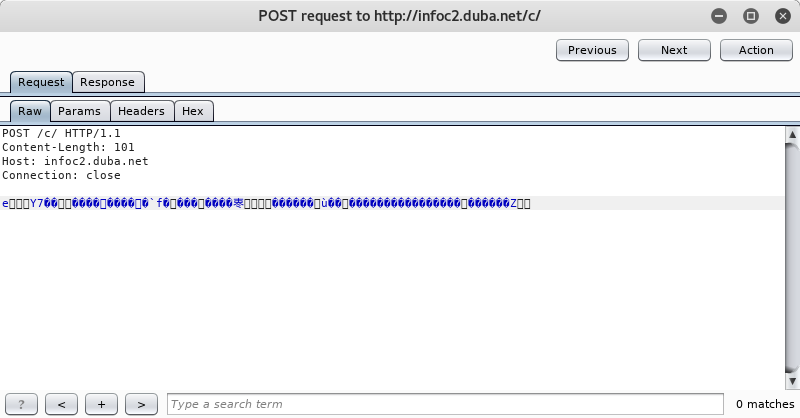 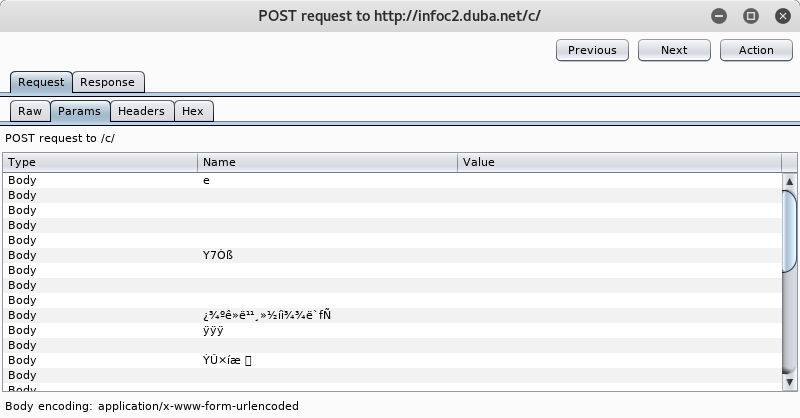 Run through the decoder: 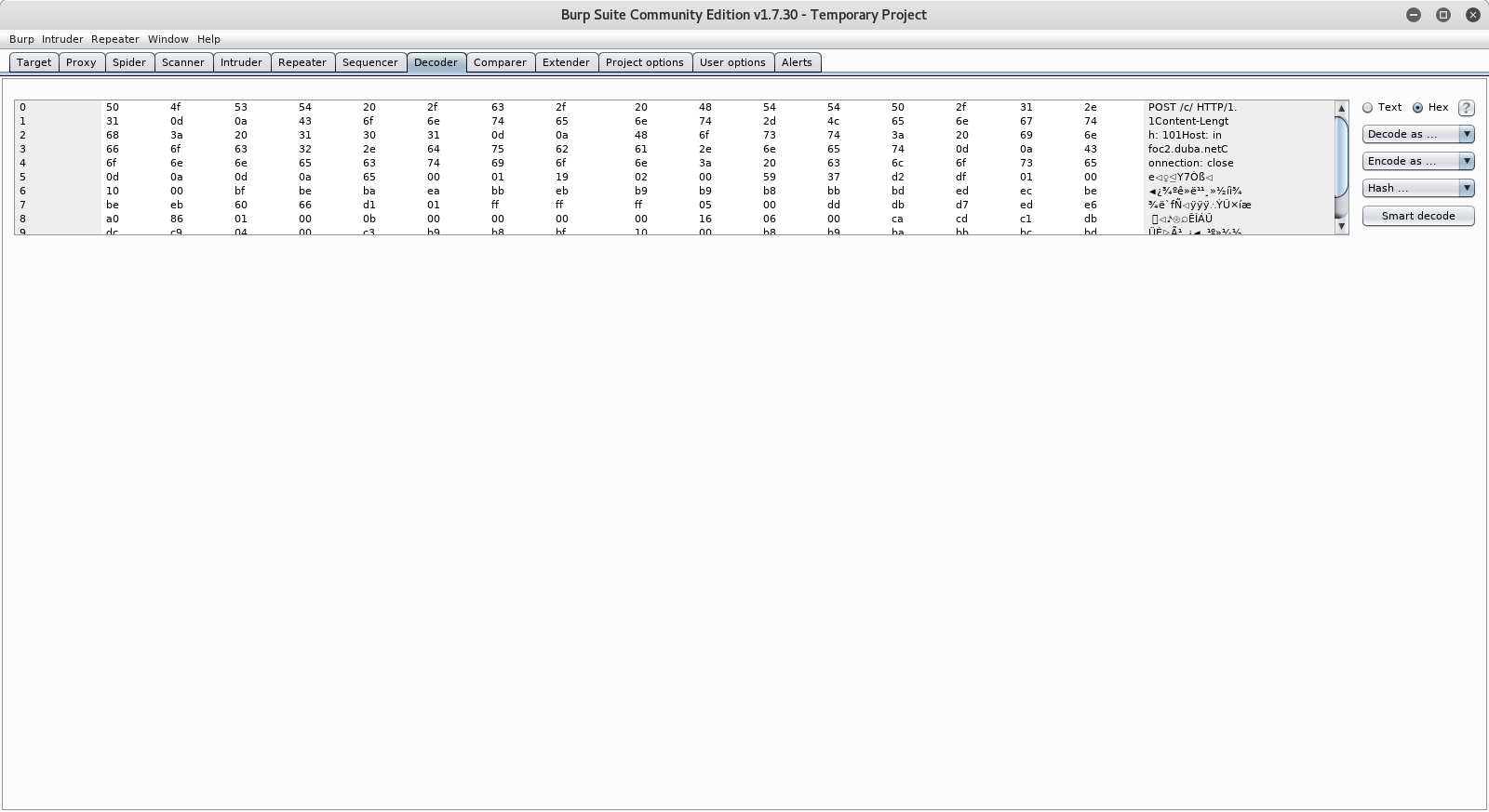 The response is always the same 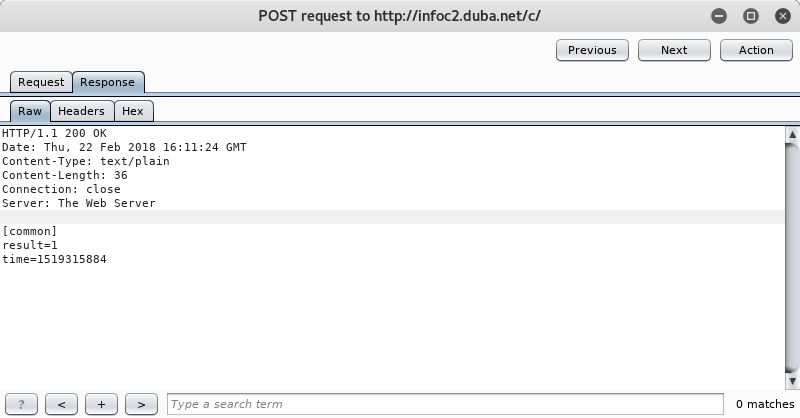 Yes, this is malware. Or 'Spyware', depending on which book on the subject you last read and which side of the bed you got out of this-morning. Your question piqued my interest when i saw that i've actually seen the same domain while looking at another app myself. I thought it seemed unlikely we were alone, so i google'd it and found this:

Based on this post we can assume that the suspect-at-best code now uses a secret key to encrypt data rather than gzip it.

I think its most likely that this is code that has made its way into some popular library/framework for the purposes of gathering statistical information about users/devices, or that it's part of another ad-platform library. Regardless, the term 'spyware' still fits. This data harvesting is clearly going far beyond what the app has a legitimate purpose for, and neither the Android or iOS ecosystems are particularly friendly to this sort of thing.

The subdomain even has a pretty big malware ring to it. 'infoc2'... as in C2... as in Command and Control.

I recommend emailing the company behind the app, they might not know what is going on here and they might thank you. If it was legitimately added, you might scare them into removing it. And if you don't get a response at all i would report the developers to Android/Google.

I you are still keen to get the plaintext of the payload, i would suggest decompiling the app and looking at its strings, you might get lucky and find the key. Without knowing the encryption scheme you would have to loop over a bunch of them in a script and just brute-force it. However, my hunch would be that the developers of this have probably rolled their own basic crypto, in which case you would need to reverse engineer this function from the binary or attempt to force the app to bypass it with dynamic runtime modifications so that requests contained plaintext (look at a framework called 'Substrate' for this).

Not the answer you're looking for? Browse other questions tagged http android burp-suite encoding or ask your own question.

9
How should I protect in-app Android payments when using a separate server?
3
Form submissions over HTTPS are not encrypted?
1
Pentesting web applications with unique strings in URL
11
To avoid BREACH, can we use gzip on non-token responses?
3
Burp suite interception bypass
0
Modifying requests using Burpsuite considered to be valid security vulnerability?