So I received an email from "paypal.com" yesterday (and looks like most people did too(1)) and I've verified the ascii letters are indeed what they appear as (No capital I instead of L in paypal.com etc).

The email looks like a very good attempt of being authentic and passes the tests that they teach most people on "how to detect a hoax email":

There are a few suspicious giveaways like the mailed-by address and if you dig in the header, the Return-Path and Receive sections are strange.

Question is how is it possible that they can send a digitally signed email from a domain paypal controls. 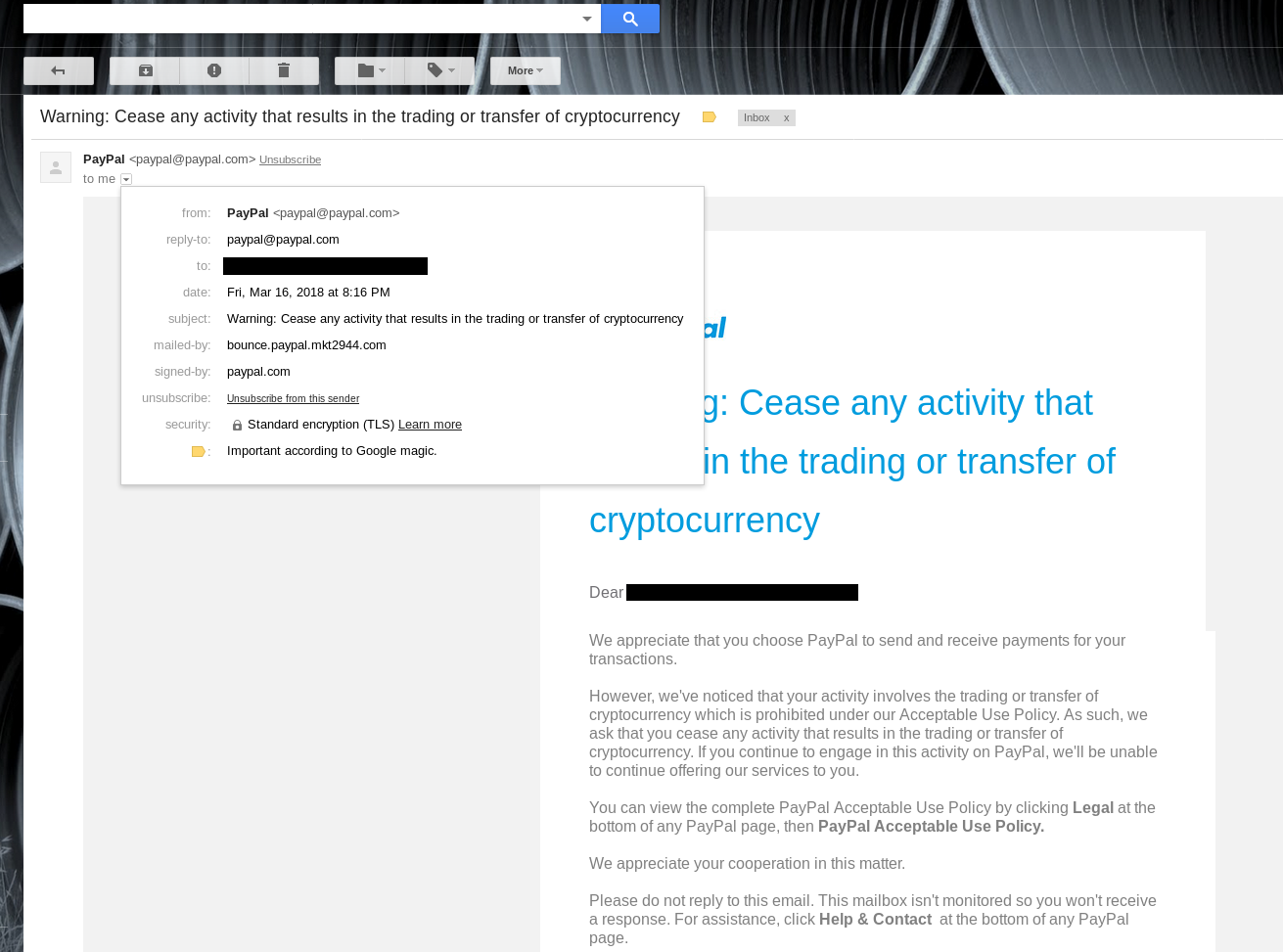 This was a marketing message sent (and signed) on behalf of PayPal.
It is safe to click the unsubscribe link.

See the mailed-by section? mkt2944.com is a part of Silverpop, a Email Service Provider which was acquired by IBM in 2014 and was recently folded into IBM Watson Campaign Automation.

how is it possible that they can send a digitally signed email from a domain paypal controls?

It's not really possible, though there are some tricks that can make it seem valid (e.g. Mailsploit). In this case, it's not spoofed because they have permission. The server at bounce.paypal.mkt2944.com has a DKIM key that is hosted at some paypal.com domain as indicated by the DKIM selector (the s= part of the DKIM-Signature header, so if it were s=foo then the key would live as a TXT record at foo._domainkey.paypal.com).

AFAIK all the text in email, including the hidden headers, are modified and passed on as the email goes from server to server, with no verification process. A header which says "sent by foobar, verified by mumble" is just text. There may be verifiable elements such as digital signatures in the email, but they have to be externally verified. A postcard that says "you won" means nothing until you successfully cash the check.

Not the answer you're looking for? Browse other questions tagged tls email phishing spam or ask your own question.

13
How was my Yahoo email account used to send spams
0
PayPal phishing attempt?
16
What email addresses are treated as trusted?
9
Yahoo mail hacked - how to recover, how did it happen and how to prevent?
3
PayPal “Confirm your email address” spam emails? I got 3 different mails within 10 hours
1
Why can't my email server automatically identify spoofed addresses?
1
Accidently opened a phishing email, is my computer infected by malware?
2
Is this phishing? How can I be sure? And what can be gained?
9
How is it possible that this spam mail came from Google Forms without revealing their sender address?