Forgive me if this is not the appropriate place to ask this.

I was capturing some traffic on my home server during an active OpenVPN session using Mullvad recently and I noticed that the traffic is predominantly UDP which would make sense per the .conf file:

However I noticed that there was some traffic using TCP and TLSv1.2 to an IP address that I do not recognize.

Here is a screenshot of the partial capture showing the TCP traffic:

Here is a screenshot of the partial capture without the TCP filter: 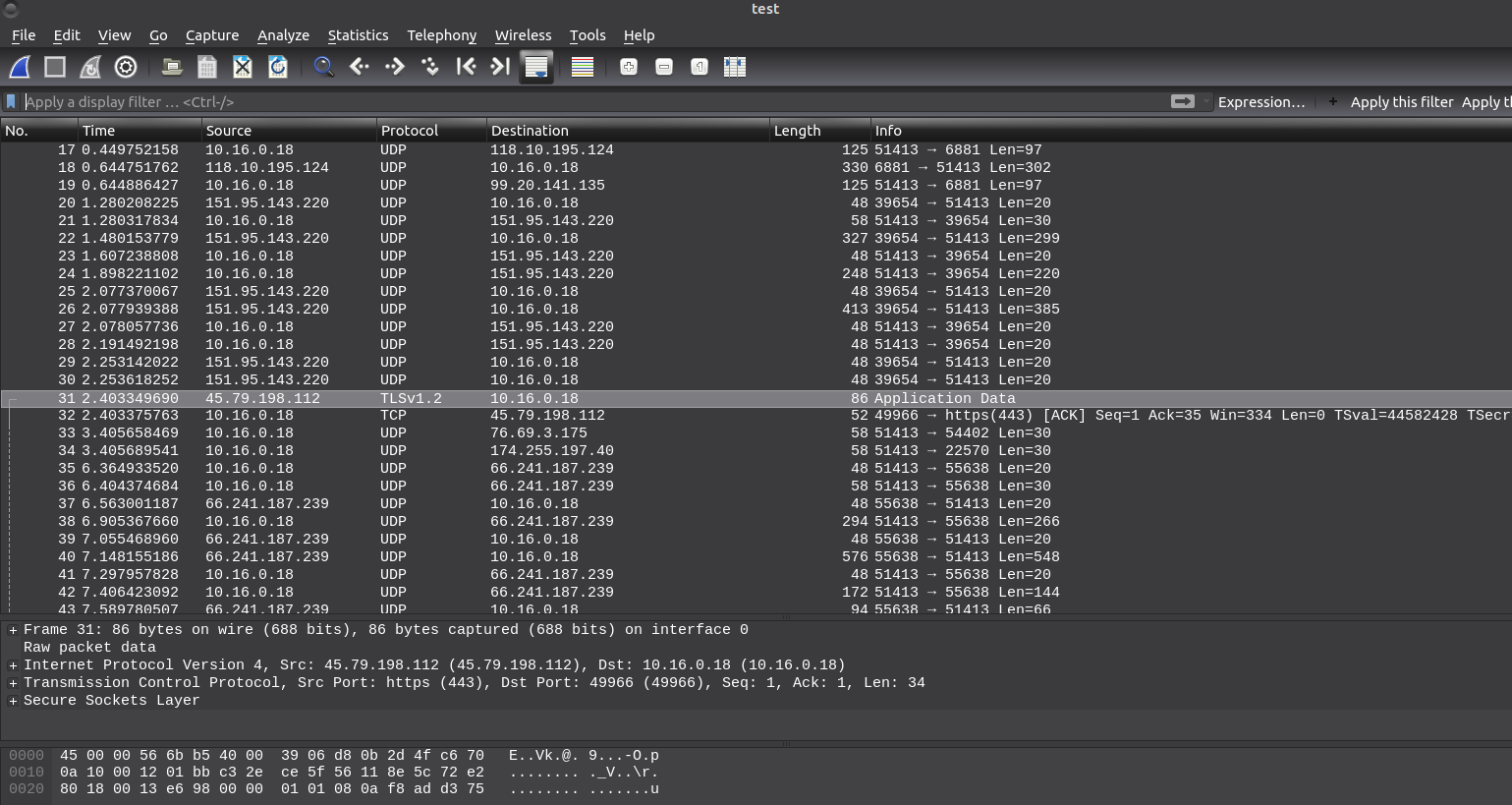 However the strange part to me was that I was seeing this same traffic (ie. TCP and TLSv1.2) to the same address after I had closed the OpenVPN service.

Here is a screenshot of the 'unencrypted' traffic:

I'm sure that there is some fundamental idea here that I am simply missing... If I need to do more research I would love a shove in the right direction.

Also, for what it is worth I did have at least a couple of other services running during these captures, namely Transmission, Plex, and obviously SSH.

Basically the underlying OS still need to know that it is connected to the Internet and able to route your VPN packets. in order to to do so it connects to certain servers and fetches a file. If successful then then you will see the network icon in the status bar showing "connected" .

Apparently the IP address 45.79.198.112 is used by Plex as a 'pubsub' server which checks for remote availability. I did not think to do a Google search for the IP but low and behold I found it documented here: https://forums.plex.tv/discussion/220681/plex-media-server-connecting-to-remote-ip

Not the answer you're looking for? Browse other questions tagged encryption vpn openvpn or ask your own question.

0
Is all traffic through a router configured to use openvpn protocol sent through a single port?
2
Traffic not passing trough OpenVPN Connect on Android
2
Meterpreter and OpenVPN
1
Tunnel Openvpn traffic through ssh?