In section 4.3.1 (Encrypted Extensions) it says

In all handshakes, the server MUST send the EncryptedExtensions message immediately after the ServerHello message. This is the first message that is encrypted under keys derived from the server_handshake_traffic_secret.

How exactly is that server_handshake_traffic_secret calculated? Where does it come from?

I try to find out how all the application-data (e.g. certificate) in the server-hello is encrypted.

It should have something to do with an HKDF-Extract function. In the client-hello there is a random byte-string and a filled key-exchange extension. I assume that the (first) use of HKDF during the server-hello must base on that. But how exactly? 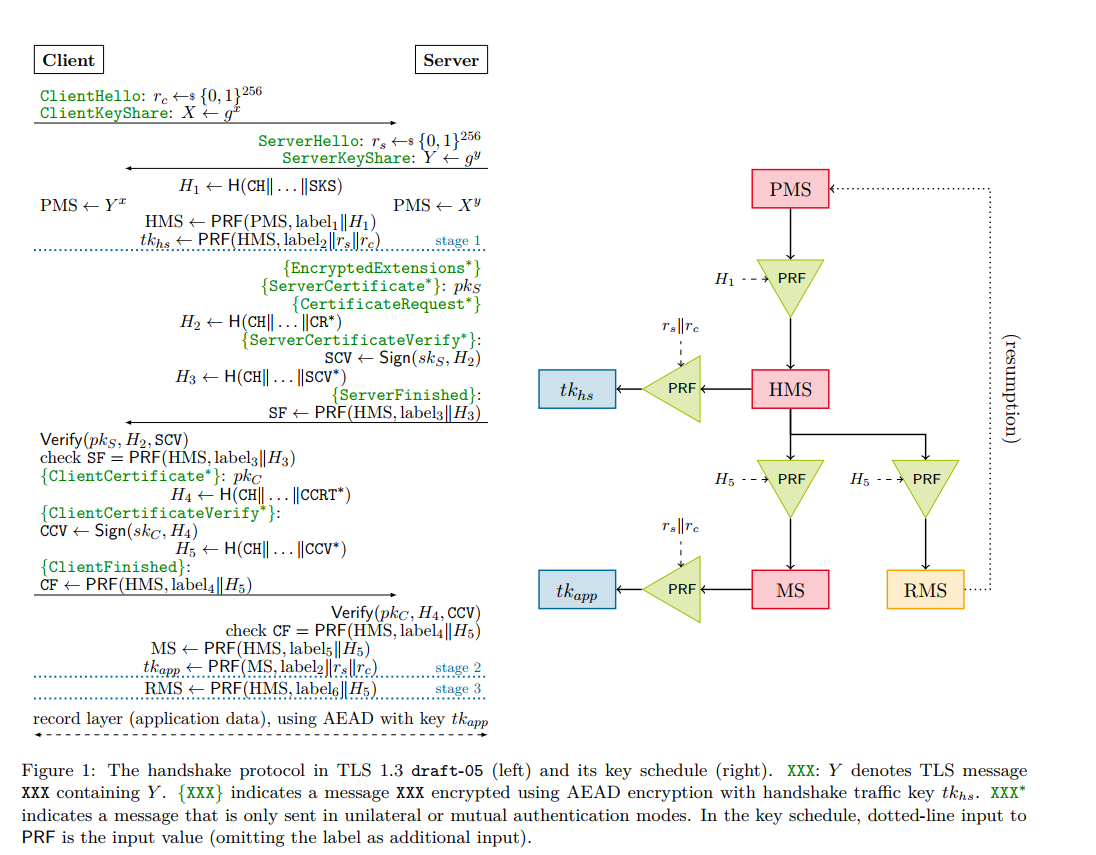 server_handshake_traffic_secret is generated as Section 7.1 of the RFC. This is later used in generating verify data of Finished message.
See page 72 of RFC which state

Here Base Key is nothing but server_handshake_traffic_secret.
In TLS 1.3 server generates following.

Not the answer you're looking for? Browse other questions tagged tls server or ask your own question.

0
SSL what's the client write key used in application layer?
1
Need help with decrypting the “client key exchange” captured in Wireshark
2
TLS DSA signature inputs
2
In TLS 1.3 handshake, can an internal error at the client be interpreted as a decrypt error at the server?
1
Minimal TLS1.3 Client-Hello
2
Questions on TLS 1.2 RFC - Clarification or references needed
0
TLS handshake encryption
2
What is extension intolerance in the context of TLS?
2
Why does Wireshark not recognize WCF traffic as TLS encrypted?