As you may know, you can query chrome's HSTS/PKP sets for a domain in the page chrome://net-internals as below: 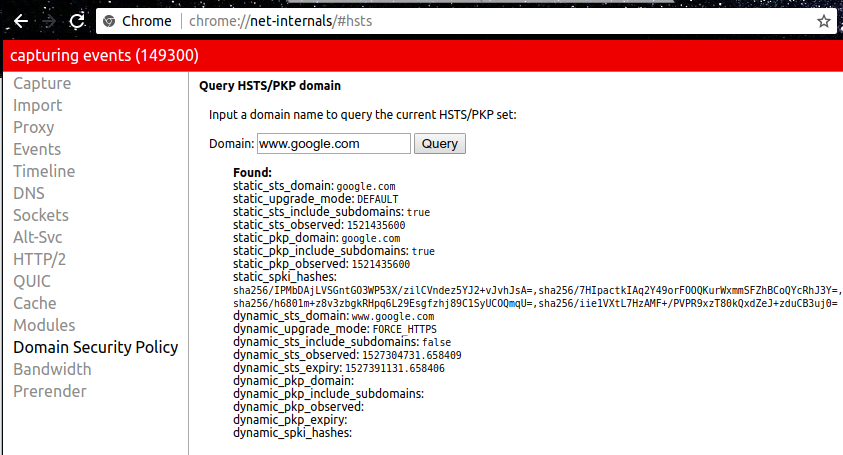 As you see above, there are four SHA256 hash values (in the middle of page and in base64 format) for www.google.com.

If we convert those values to hex format, we will have the following values:

The question is that: why I can't see none of these values in the current loaded Google's certificate in the other tab? 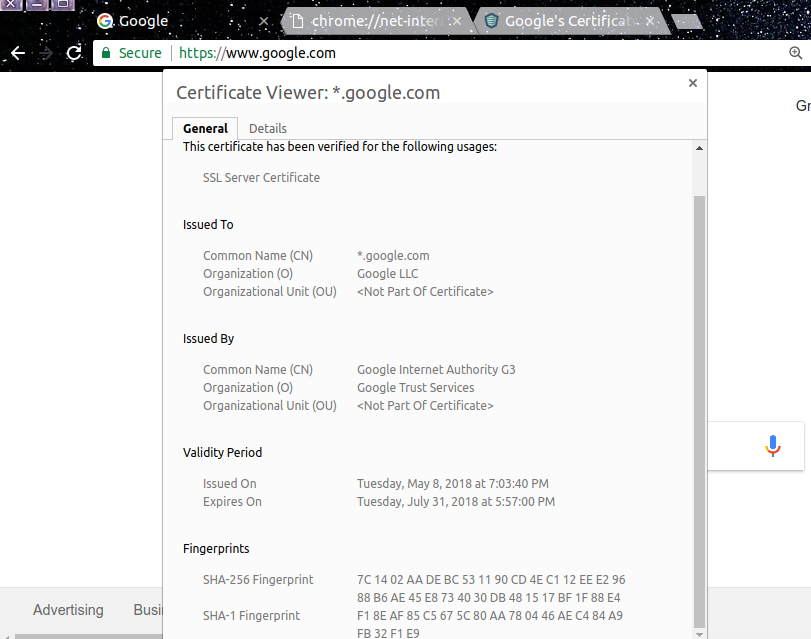 Apart from that these SPKI hashes do not necessarily specify the leaf certificate (i.e. the one you were looking at). Instead at least one of the SPKI hashes for a site should match one of the certificates in the certificate chain, i.e. from leaf up to and including the locally trusted root certificate. This matches the behavior of the HPKP header which is described in RFC 7469 as follows:

To manually do the checks one might export every certificate from the browser, compute the SPKI hash (see first link on how to do this) and then check if it is in the list of preloaded SPKI hashes. For the connection I get to www.google.com I get the following chain (note that I get a different leaf certificate):

As you can see, the last SPKI hash from the builtin root CA intersects with the preloaded SPKI hashes which means that the validation was successful.

If you want to know what the other SPKI hashes are for you might have a look at the source code for Chromium where it shows the following definition for the PIN set used for the Google domains:

The last item GlobalSignRootCA_R2 is the one found in the current chain.

Not the answer you're looking for? Browse other questions tagged certificates chrome hsts fingerprint or ask your own question.