Why do so many PGP public keys begin with mQINBF?

Why do so many PGP public keys begin with mQINBF? I am just curious.

The first few bytes of the public key packets are describing, among other things, the size of the key and the version of OpenPGP used. As many people are using the same size (such as 1024-bit) and the same version of PGP, it will always give the same first characters. But, it does not mean that the key-space is smaller than expected. 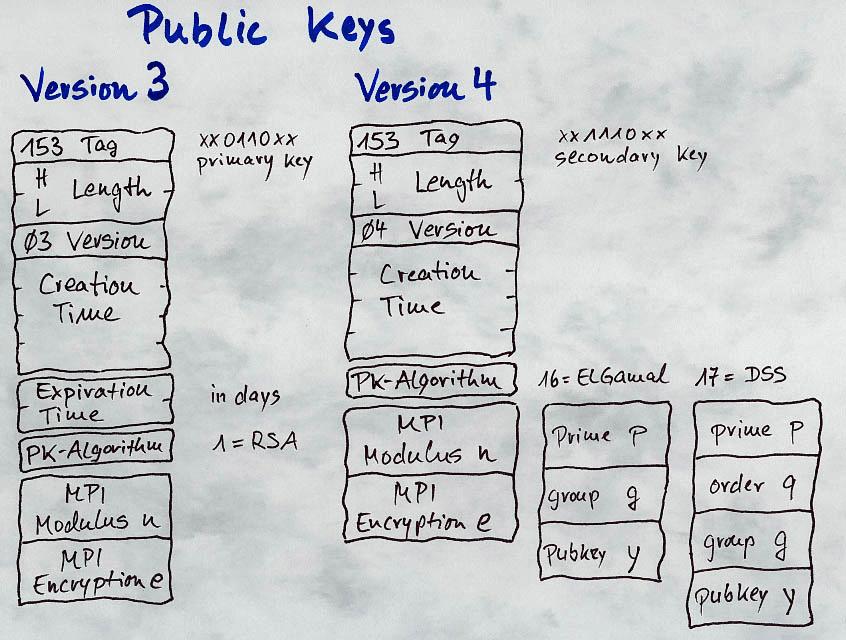 For more information you may take a look at the full specification of OpenPGP messages in the RFC-4880.

Not the answer you're looking for? Browse other questions tagged pgp gnupg or ask your own question.

7
Is it possible to verify a PGP-signed and encrypted message without decrypting it?
8
Public keys on OpenSSL vs PGP?
8
What is the purpose of 'Version:' in PGP public key
2
Distributing public keys; with or without a sub-key?
5
Best way to keep private PGP keys?
3
Why's the “public key block” different although fingerprint is same for gpg keys
2
Is “BEGIN PGP SIGNED MESSAGE” optional to include in an armored message?