Did I install malware/virus?

I bought a laser plotter, and the seller provided me with software to control it. It's called EleksCam. The provided package from the seller (from aliexpress) consisted of assembly instructions and other stuff (see files from seller.png).

What worries me, is that I have downloaded the software EleksCam from the official site, and comparing the contents of the folder from the seller and the official site, they have two different sets of files (see compare packages.png). It's supposed to be the same software, same version. Yet, the seller insists that I install his package, running the bin application. Which I stupidly did. It didn't work, so I went to the official package, realising the difference in the contents (no bin file there).

Could someone tell me what to do next? How do I get rid of the potential malware? Here's a link to the compressed folder of the seller's package. The bin file is in there.

EDIT - POSSIBLY CRUCIAL DETAIL: when running the driver file, I was prompted to allow it to make changes on the hdd (as per usual), but when I clicked yes, and got back to usual screen, the console saying something like "you can use CTRL+G" so I did, and it seems it's a xBox related windows function for screen recording. Same thing happens when running the original app's driver installation. 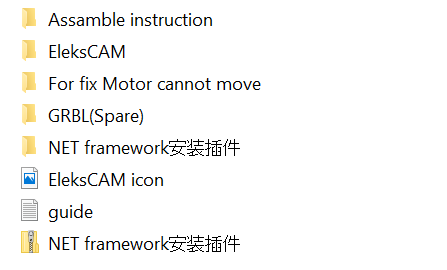 And I believe this is a benign application. Upon checking on the file system you have, there's nothing suspicious about it.

Use a boot disk, this just mounts your drive and scans it offline. Generally if nothing is found, it's likely clean and the paranoid thoughts are typically threats too sophisticated to waste hours looking, or just don't exist.

take the machine offline, then delete the files. You can search for any files altered at the same time or look at sysinternals autoruns to check persistence.

are all the files exactly the same when loaded into virus total?

A simple way to check if the files are malware is to upload them to Virustotal to see what other antiviruses say, the details, relations, behaviour, and more. There is many, many, many other good alternatives to this like app.any.run which gives you its own sandbox and gives you more options than virustotal. To use app.any.run you have to make an account, but don't worry it's free to use.