Anatomy of a very creative .txt virus/trojan. How does it work?

So I downloaded a PDF which is password protected. Inside the same folder there are the following apparently harmless files:

As you can see, they are both .txt files, right? Pretty harmless.. Actually, not: if you look closely you can see that the PDF Password file is actually a shortcut link, investigating within it, it has the following command in the shortcut:

Ok. So it's not a .txt file and it runs a command for the other apparently harmless .txt file.. which also happens not to be a .txt file, because it's contents look something like: 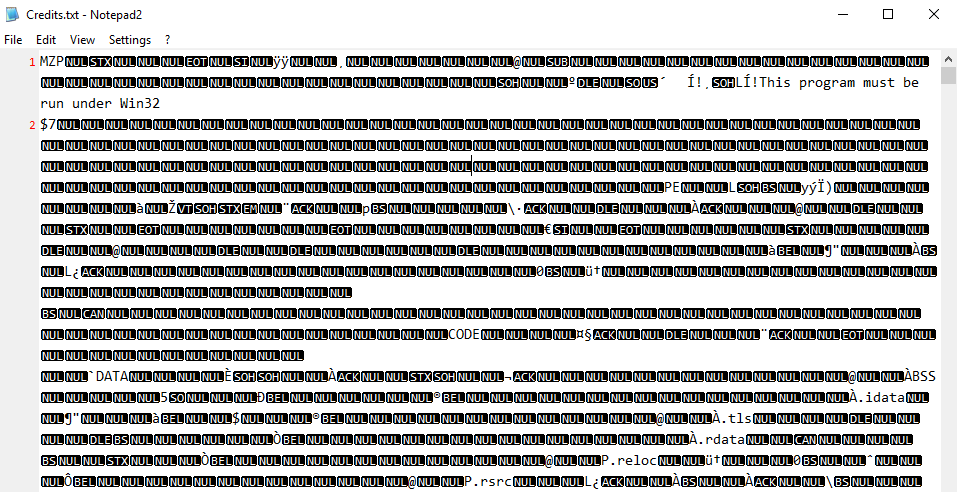 Binary data. So when you run this, a process called TaskMgr with a weird icon appears. I'm a programmer and I'm curious, what's the anatomy of this attack? What type of data can be run using CMD like this? Which programming language is in this file and how can I decompile it to see exactly what it's doing to the system?

I must admit, this one is pretty clever.

The other answers are basically correct, but are missing the key element:

A weird legacy behavior in cmd.exe is that when you give it a file as a command (either via the /c parameter or by just typing the file name into the interactive shell), the first thing it does is call CreateProcess on that file. CreateProcess is the Win32 API to launch a program, and it does not care about the file extension; it only cares whether or not the file is executable code and has Execute permission (which all Windows files have, by default). Only if CreateProcess fails does cmd fall back to ShellExecute, which takes an action based on the file extension and registered handler.

As the other answers noted, your ".txt" file is actually a Windows PE executable binary (basically, a renamed ".exe" file). If you ran it on your machine, there's a pretty good chance your system is now compromised by malware.

You can get the following inferences:

To actually understand what exactly does it do, you need to disassemble the program and look into the assembly code using some tools like IDA Pro.

As you can see from the screenshot, credits.txt is acutally a windows binary (this program must be run under Win32)

cmd /c runs the program specified (in your case credits.txt. The file ending is apparently not relevant in this case.

3
How does Remote Access Trojan / Backdoor Software work?
10
Difference between virus and trojan?
2
Virus on mainboard(?) how does it work?
1
Virus/Trojan attached to GnuPG encrypted file
0
How does "validator" javascript trojan effect my PC?
1
Is doc file really modifying registry in Windows?