Being connected to a trusted VPN, do I still need personal firewall, and if so, why?

VPN Client: I use their Windows client which proved to work flawlessly

VPN Firewall: They offer their own firewall protection and I have it enabled

Being connected to a trusted VPN, do I still need personal firewall, and if so, why?

By trusted, I mean I relatively trust the VPN provider, no matter that it is highly opinion-based.

Please stick to the question at hand.

The 'trusted VPN' client cannot be given full autonomy unless you have reviewed the source code yourself. However, a VPN client with a kill switch is a must if you intend to not use a firewall. This kill switch should either upon disconnect, disable the chosen networking interfaces (those which can access the Internet), or change/enforce firewall policies, so that when the VPN client is active no outbound traffic is allowed, except via their preapproved IP addresses (those which the VPN provider controls), this will then prevent packet and 'true' IP address leakage upon disconnect.

I can only foresee a firewall and VPN being used together to mitigate packet leakage, do not interpret this as 'I do not need a firewall' as other applications may require one. The above point about the VPN client crashing and the kill switch failing is the main reason I use Linux in this regard. But, this is not required. Instead, you may enforce the firewall policies manually within Windows Firewall. First, create a virtual interface, you will share Internet access to this interface and connect your VPN here. 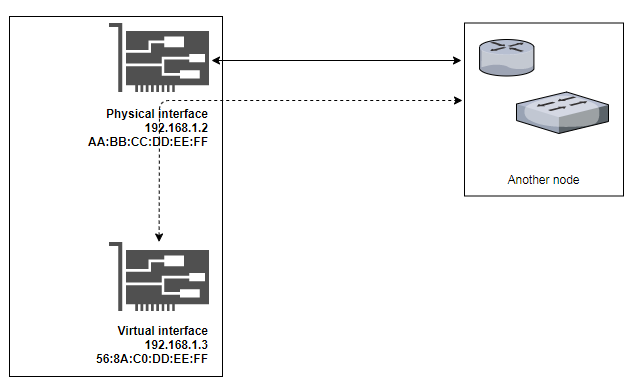 See, Creating a virtual NIC that connects to the same network as physical NIC for the technical configuration.

Not the answer you're looking for? Browse other questions tagged firewalls vpn windows-10 or ask your own question.

7
Why do I need a firewall on my router?
1
Why do we need IDS/IPS if a firewall is present?
3
Privacy and VPN - does employer's VPN still log activity when I am connected by wifi?
3
I am not connecting to internet, do I still need the windows firewall on?
3
Are there any benefits to using a semi-trusted network if a VPN is being used?
74
If we are behind a firewall, do we still need to patch/fix vulnerabilities?
-1
Firewall and VPN
0
In a network do we need both TLS and Firewall?