Is Stylish safe to use again?

Stylish is/was a very popular extension for the Chrome and Firefox web browsers, which let users add custom styles to certain websites. I was using it myself, until a helpful fellow told me it was apparently spyware; new owners decided to engage in data-slurping activities, which caused Google and Mozilla to pull the plugin from their stores.

However, since it's back in store, does that mean they've removed the malicious part of the code and it's safe to use again? I'm not really opposed against general data statistics gathering, I just don't like being uniquely identifiable.

but stating is one thing, actually doing it is another.

https://robertheaton.com/2018/07/02/stylish-browser-extension-steals-your-internet-history/ is the original technical write-up that covered the Stylish ordeal. There was a more recent one posted in August by the same author that covers the updated version of Stylish: https://robertheaton.com/2018/08/16/stylish-is-back-and-you-still-shouldnt-use-it/.

The latest write-up notes that Stylish added an opt-in screen when you install the extension. 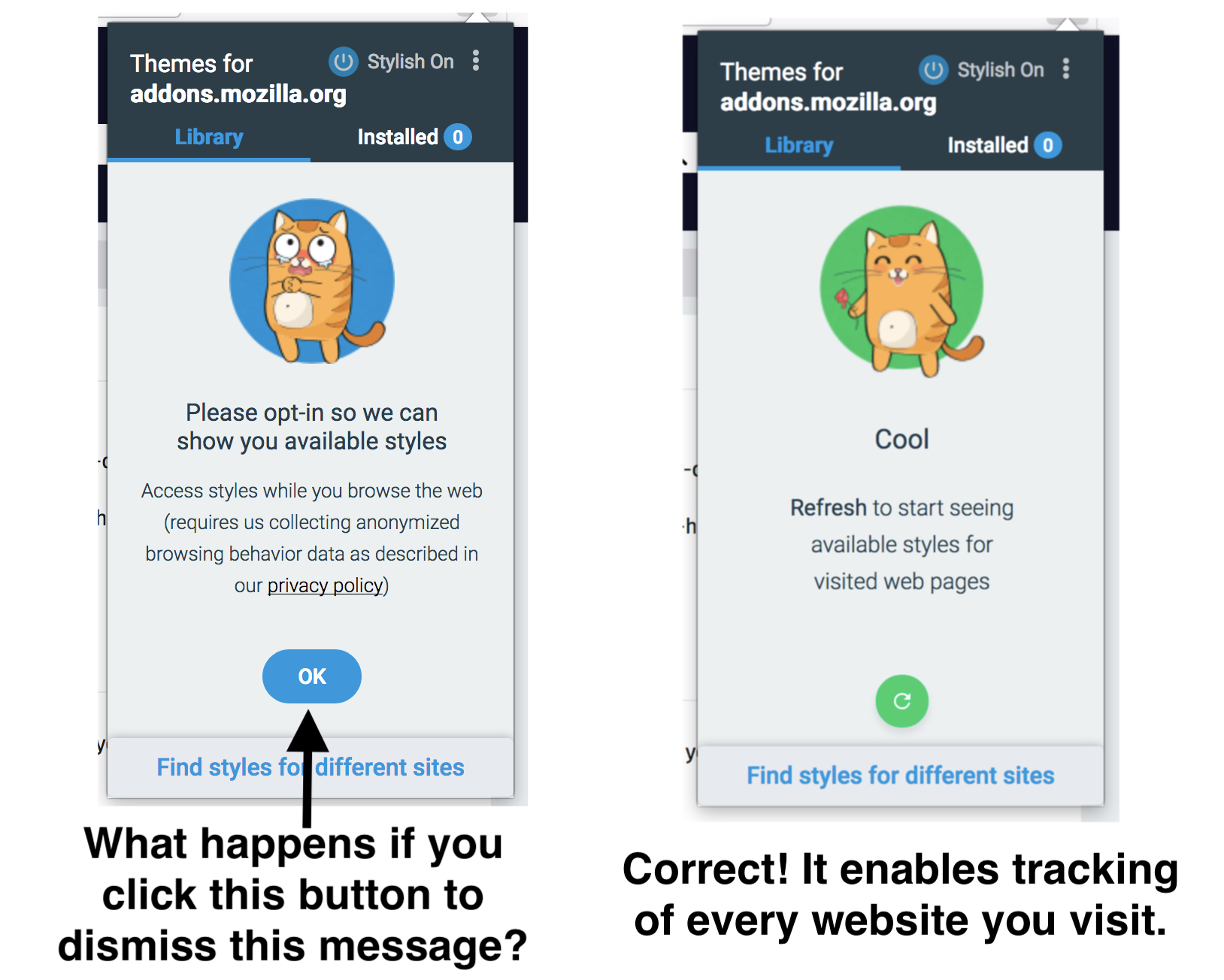 Personally, I think this snippet describes the author's stance on the update best:

Will SimilarWeb (the adtech company that owns Stylish) try to sneak in more underhanded tracking in the future? I don’t see why not. Can we trust them? In my opinion, no. [...]

It is also worth mentioning that the author recommends using an open-source variant called "Stylus".

You can block Stylish API in your hosts file and don't worry about it anymore.

Not the answer you're looking for? Browse other questions tagged privacy web-browser browser-extensions or ask your own question.

32
Are official browser add-ons really safe?
17
Is Vimium (Chrome extension) really safe?
5
Is it safe to use preyproject?
2
Are Chrome extensions like Advanced REST Client safe to use?
3
Are popular browser extensions for anonymity as safe as Tor?
1
Why use HTTPS Everywhere instead of going to the HTTPS site directly?
0
Is Kissmetrics using ETags for tracking (again)?
5
Is window.history.back() safe to use?
2
What measures can be taken to make a site safe again after a hostile service worker is installed in users' browsers?