What is technically different from iPhone/iOS to Android phones when it comes to data privacy?

Historically Apple never shows up at CES, and this year they put up the following ad close to the convention center: 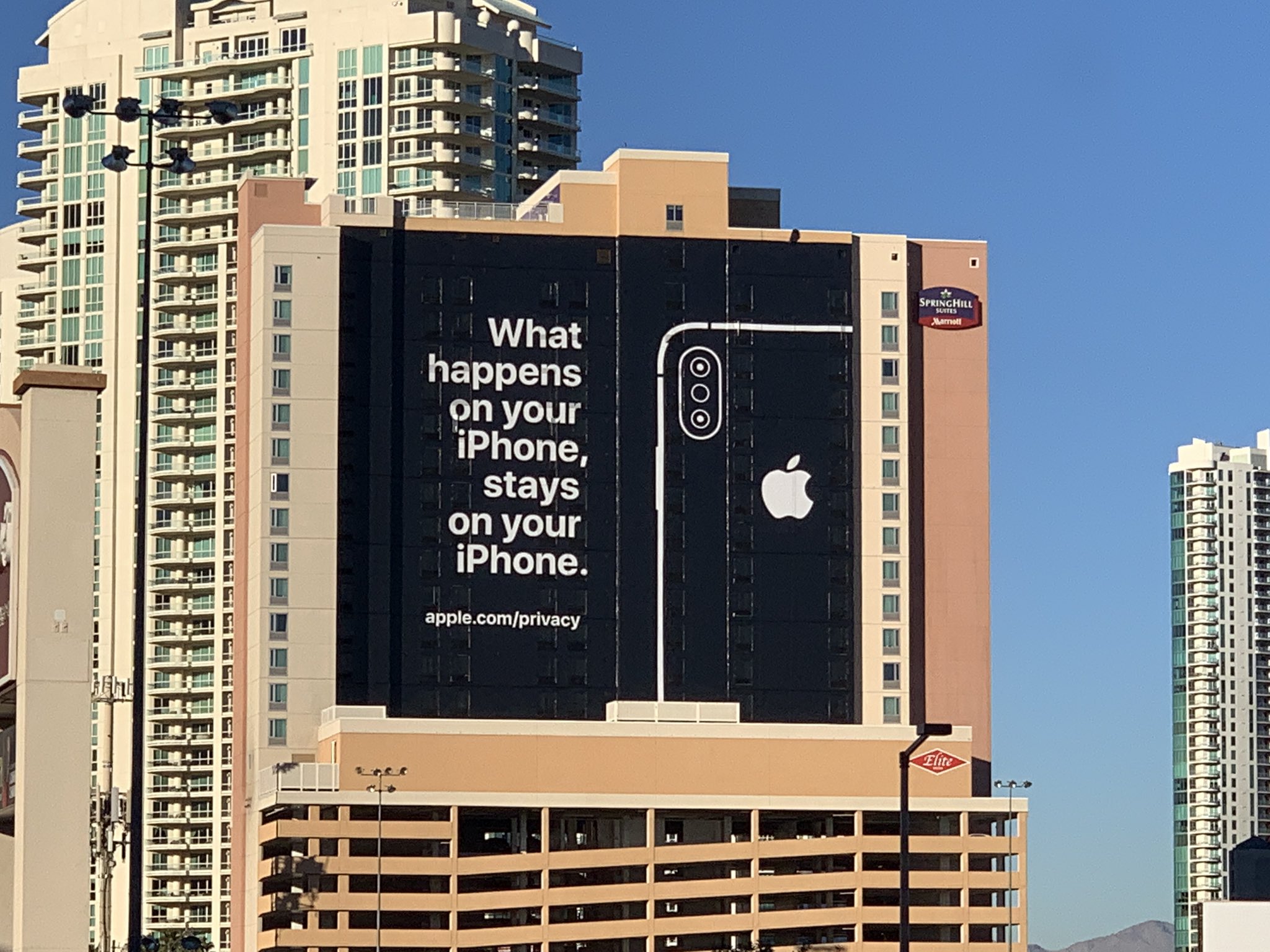 There is always this argument that Apple has better privacy policies in it's devices (which implies better cryptography in it's hardware and softwares) than Google and other tech companies.

The Apple privacy website mentioned in the ad only contains corporate statements for regular users, that are vague and do not provide information in what really makes the iPhone secure.

Is this only a marketing strategy or there are technical differences that make the iPhone more secure (when it comes to data privacy) than Android phones?

PS: I'm not asking for "which one to buy", or opinions on which is more secure. I want to know if there are technical evidences of these claims.

Apple has an extensive description of the security features in iOS devices in a white paper titled iOS Security Guide. (There's also a similar, shorter macOS Security Overview if you're curious about their computers.)

Some of the key points made in this document are that:

I'm not aware of an analogous document describing Android's security features. Some of the security features of iOS depend on hardware capabilities of the Apple SoC (in particular, for data encryption) which may not be available on some Android devices.

The largest factor in phone security is the ability for the vendor to own the hardware to software soup to nuts. This is technically available for Android and iOS since Android is a fairly open source software and iOS is built to spec on hardware defined by the same company. So why the giant AD for CES?

As pointed out in the comments and other answers, Apple has done a great job presenting themselves as the most secure platform. The encrypt a lot of their phone data. They don't sell your data. They hardly track anything at all in fact. They also have the capability of building physical security controls to prevent the exploitation of their software (see GreyKey).

Meanwhile, many android developers have taken a different approach to the phone. Many companies have chosen to sell the best features or lowest cost devices they can to saturate the market and earn their pretty penny. Especially on lower cost devices, of which Android is majority, you can bet your life on manufacturers skipping corners especially in way of security testing and hardening. It's not that they couldn't, it's that they don't for cost or profit reasons.

Going beyond the generalized statements, there are security focused android devices as well. Google has been one of the leading developers of user identity management and security, working to build into their products physical security controls just like Apple has. HTC recently developed a phone that has a security enclave to protect cryptocurrency wallets and prevent wallet theft.

In the end, it really is more publicity/marketing than hard facts. Android CAN do everything iOS can do; the real question is if ZTE/Huawei/Samsung/LG/MOTO and others are willing to step up to the same bar of both physical and software security. And in my humble opinion, most probably wont.

Not the answer you're looking for? Browse other questions tagged privacy android ios iphone or ask your own question.

13
Privacy implications of IDFA/IDFV? (iPhone/iOS)
8
How much should I care about the iOS/Android version when pentesting mobile app?
4
What data is not encrypted in iOS 8+ when "locked"
0
What footprint iOS or Android App leaves? and how to change it
7
What does Obama's phone say about Android and phone hardware?
0
Employee privacy when using company iPhone on own Wi-Fi
2
Sniff Android and IOS app traffic for privacy audit
2
Apple Watch Unhackable without iPhone?