https: Is my company connection intercepted?

I wanted to find out whether my company can see what I'm posting online as soon as using websites using a valid https certificate.

I know there are a lot of posts here about whether my company can find out which URLs I've visited. Now I wanted to find out whether I'm being intercepted by the proxy-server we use (we have a computer-wide proxy-server in place which is also used for webbrowsing) by means of "faked" https-certificate.

IMHO my company doesn't use such a procedure, but I just wanted to confirm it by some experts on here. 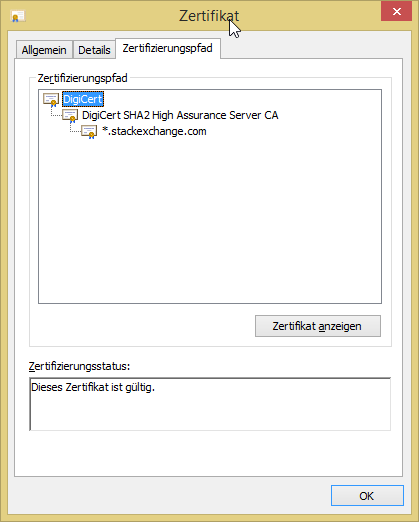 Even the certificate fingerprints and serial-numbers are completely the same.

Is my understanding correct that:

Even though we are using a proxy, it is sufficient to check the certificate hierarchy and when it's the same inside the companys network and in my home network, I can conclude I'm not being sniffed the inputs I do

The procedure of the proxy-server to "insert" a faked https-certificate, in case there would be such a system in-place, would probably be made system-wide. That means, as I only compared the certificate-hierarchies on a few domains now, it should mean such a procedure will highly likely not be in-place at all, also not for any other domain?

It is possible to intercept only selected sites or only at specific times or only specific clients (based on ClientHello fingerprint) or to explicitly not intercept some sites. Thus it is not possible to conclude from one site not being intercept that other sites will not get intercepted too or even that the same site gets not intercepted at another time or with another client. You might check if you find some unusual root certificates in your certificate store but these are not that obvious to detect.

That means the only way to track my inputs, would be to use some sort of keyloggers? (Which is probably not possible / allowed by law anyhow (living in germany)).

There are several ways to monitor users apart from keyloggers and HTTPS interception. For example browser plugins could be used or simply the whole system could be mirrored similar to remote desktop software.

From what I gathered from the other posts here on stackexchange, they can obviously save from the logs which URLs/hostnames I have visited. They question is: Do they see the full URLs or only the hostname / the target server? Because it could potentially do a big difference whether I visited some reddit page about how to setup some software or some reddit page about po*rn :D Obviously I won't visit these, just from a technical POV I want to know what's possible here.

Only the domain is known and not the full URL. See Are URLs viewed during HTTPS transactions to one or more websites from a single IP distinguishable?.

Not the answer you're looking for? Browse other questions tagged tls http-proxy tls-intercept or ask your own question.

74
Are URLs viewed during HTTPS transactions to one or more websites from a single IP distinguishable?
0
Can my company track my laptop if I've reinstalled the operating system?

3
Can Web Proxy Autodiscovery leak HTTPS URLs?
8
Detect man-in-the-middle on server side for HTTPS
19
How can I detect HTTPS inspection?
9
How do I know if my company or my ISP is using a TLS proxy?
41
Why is the issuer certificate different at my workplace and at home?
7
Can personal VPN help protecting my behavior on the company laptop?
1
Verifying client certificate by passing client cert in the header
1
Intercept HTTP Traffic of an android app?