Can you stop a BeagleBone from being imaged?

I am working on a group project to have encrypted data on a BeagleBone Black without WiFi (however we will be connecting it to the internet) where you have to type in a password to access it and if you get the password wrong three times it will delete all the data. However you can get around this by imaging the computer and brute forcing the image.

I was wondering if anyone knew how to stop that? Or if they knew another way stop the problem?

If you don't want someone to steal the BeagleBone and bruteforce it, you can encrypt the whole disk and keep the key online.

You could write a custom program to send the password to your server, and have the server send back the key to decrypt the disk. If someone submits the wrong password a couple times, consider the computer stolen and erase the key. This way you can delete the key even before someone tries the wrong password.

While others have responded with valid methods such as full-disk encryption. I would not exactly say this prevents disk imaging. Equally, if an adversary has direct access over your machine with unlimited time and money; game over!

So, cloning the physical disk cannot be prevented using software, but mitigating the chance an adversary will successfully brute-force the master-password with limited resources (time and money) and hence access the decrypted contents can be reduced. If using LUKS consider increasing the number of rounds (iteration count) and key-size. So, we consider the following changes to the default LUKS deployment, remember these changes are done regarding your hardware with respect to your adversaries resources: 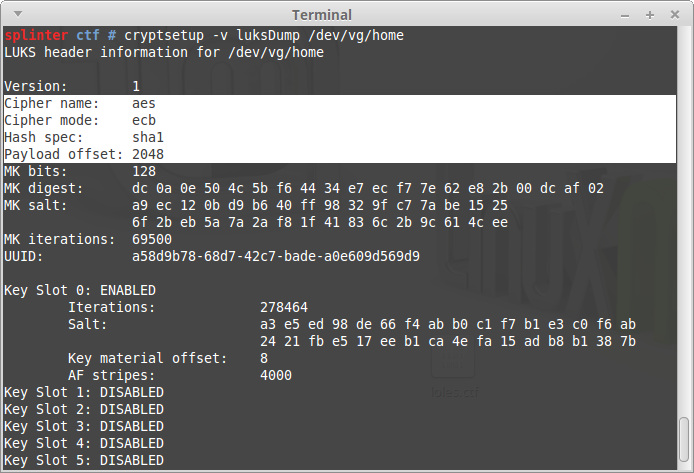 While some alternative methods could be deployed because the Beaglebone Black uses eMMC memory. They would be classified as secrecy through obscurity which is NOT something we aim for here. So, without deploying something like a TPM, LUKS will be a viable alternative. However, as I understand the LUKS header can be placed on a USB drive. This would allow you to boot the Beaglebone Black, and once decrypted remove the USB drive with the LUKS header and if anyone has physical access to the machine, they would need to extract the decryption keys from RAM (not viable on Beaglebone Black). Otherwise, if the machine is rebooted or powered off, it will be encrypted (as the decryption keys were stored in RAM) and the LUKS header is stored on a USB drive. Hence, nothing can be brute-forced without the USB drive.

39
Can you recover original data from a screenshot that has been 'blacked out'?
0
Software Icons safe?
0
Can specific location be determined from an aerial image?