Why Bitlocker requires partition on some computers but not all

We have HP desktop computers all identical.

I setup Bitlocker encryption on one, no partition was required and the computer was fully encrypted.

Second computer gave me a different result, Bitlocker needed to partition and shrink the drive by 800MB. After that the computer was encrypted.

Disk management shows the partition created for Bitlocker and another computer no partition made.

Why is Bitlocker doing this? Requiring a partition on one computer and not on another? 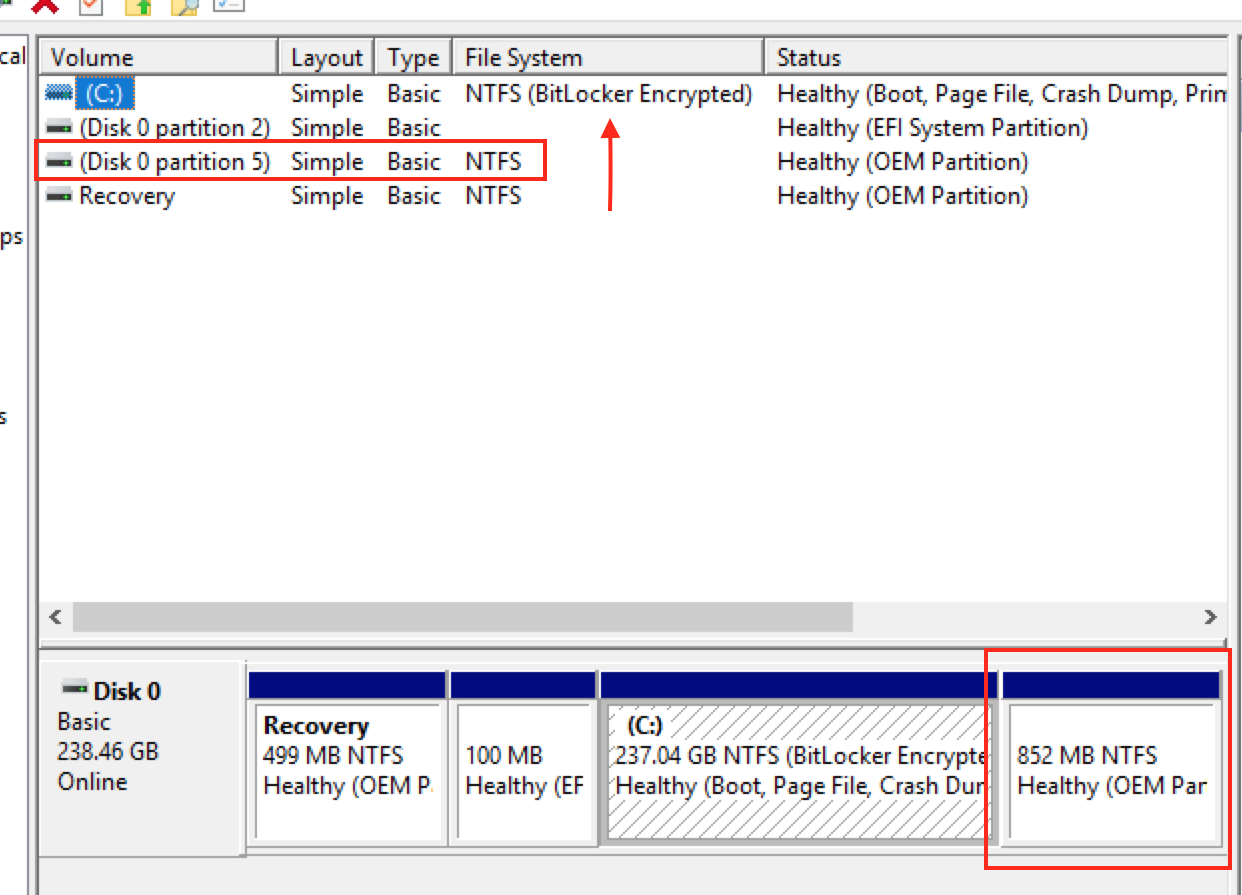 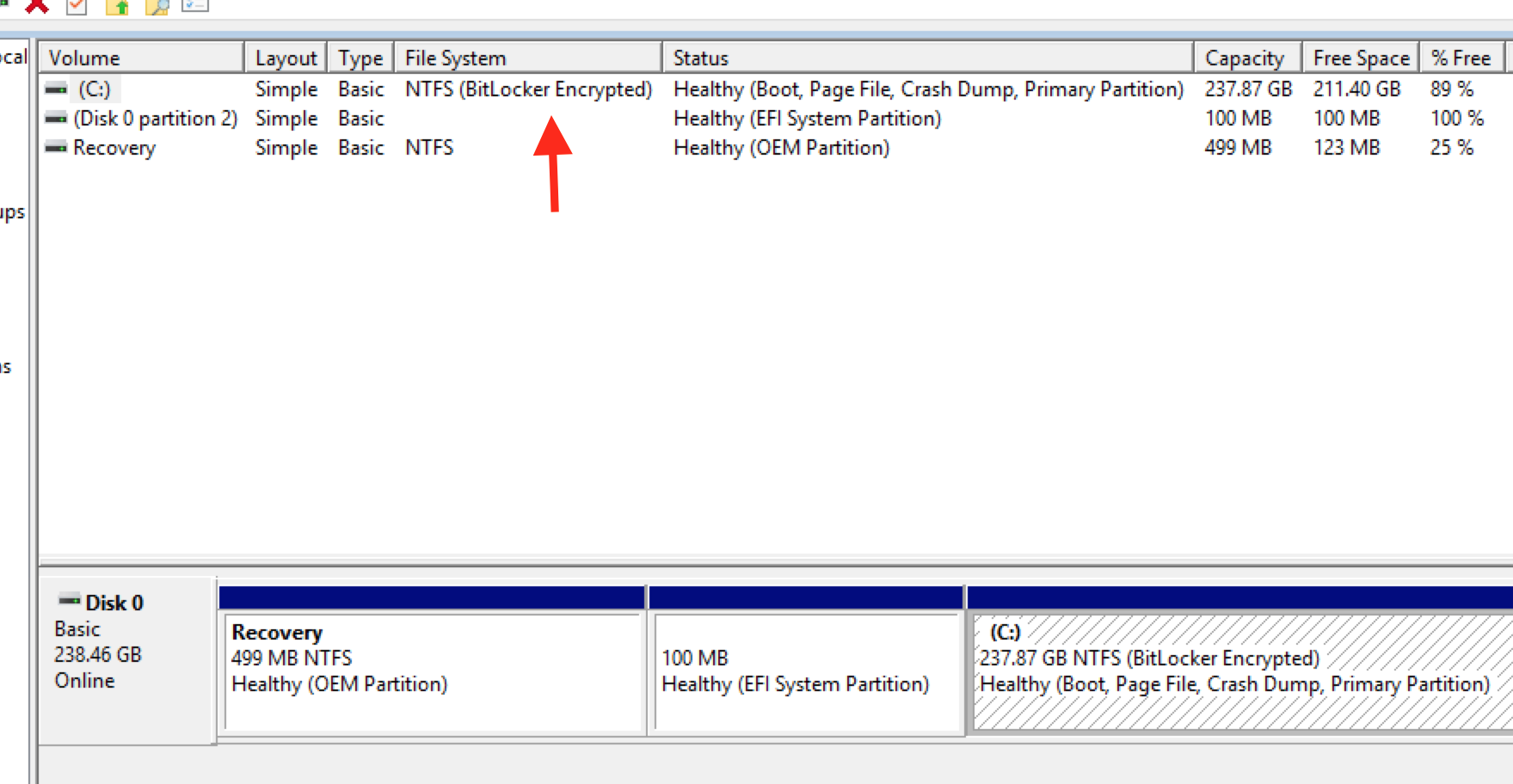 I've never seen that behavior, and this is just a guess, but: BitLocker replaces the NTFS partition header (volume boot sector) with its own metadata, which contains the information needed to decrypt the disk (if a valid key is supplied), and also points to the "real" boot sector within the encrypted volume. The BitLocker metadata is also replicated across the volume in additional locations for redundancy, in space that NTFS marks as allocated but does not use for any files. As such, turning on BitLocker requires reserving some space on various parts of the partition, and it might be picky about what parts those changes are made to. It's possible that, for some reason, some of the changes that need to be made near the start of the volume could not be made (because files were currently in use), so BitLocker created a new partition from free space at the end of the volume and put some of its metadata there.

That doesn't explain it needing 852 MB, though; not sure what's up with that. The BL or NTFS volume metadata needs to fit on a boot sector, which is generally only 4 KB. I suppose it could be a copy of the NTFS Master File Table or something, but in that case I'd expect it to be encrypted too (and also the MFT needs to be accessed frequently, so putting it on a separate partition on the same physical storage doesn't make a lot of sense).

My other guess would be that it's additional OEM recovery / OS restore data, based both on the partition type and the approximate size. That doesn't make sense for one computer to have and the other not to, though, unless they were imaged differently (or the additional OEM / OS recovery data was deleted off one of them); I don't know how sure you are that the software / stored data on each machine is identical, vs. just the hardware and OS image.

Not the answer you're looking for? Browse other questions tagged encryption windows windows-10 bitlocker partition or ask your own question.