Is there any flaw in my API-to-API authentication concept I missed?

I've been thinking lately about how all of the authentication methods used in API to API communications (RESTful API's) are mostly methods that have been designed to be human oriented first (tokens\passwords\etc) & how in API this often means you need a secret store to have the passwords\tokens stored in it.

My idea is that the requester API will contact the receiver API with a hashed token & a callback webhook address, the callback URL effectively acting as the user identity which the receiver API then contacts (in a new connection) which he then get the unhashed token from, the receiver token then compares the hashed and unhashed version of the token and should they match he knows that the requester of the original request is in fact the API of the webhook.

A workflow of the auth process is described in full in the following diagram: 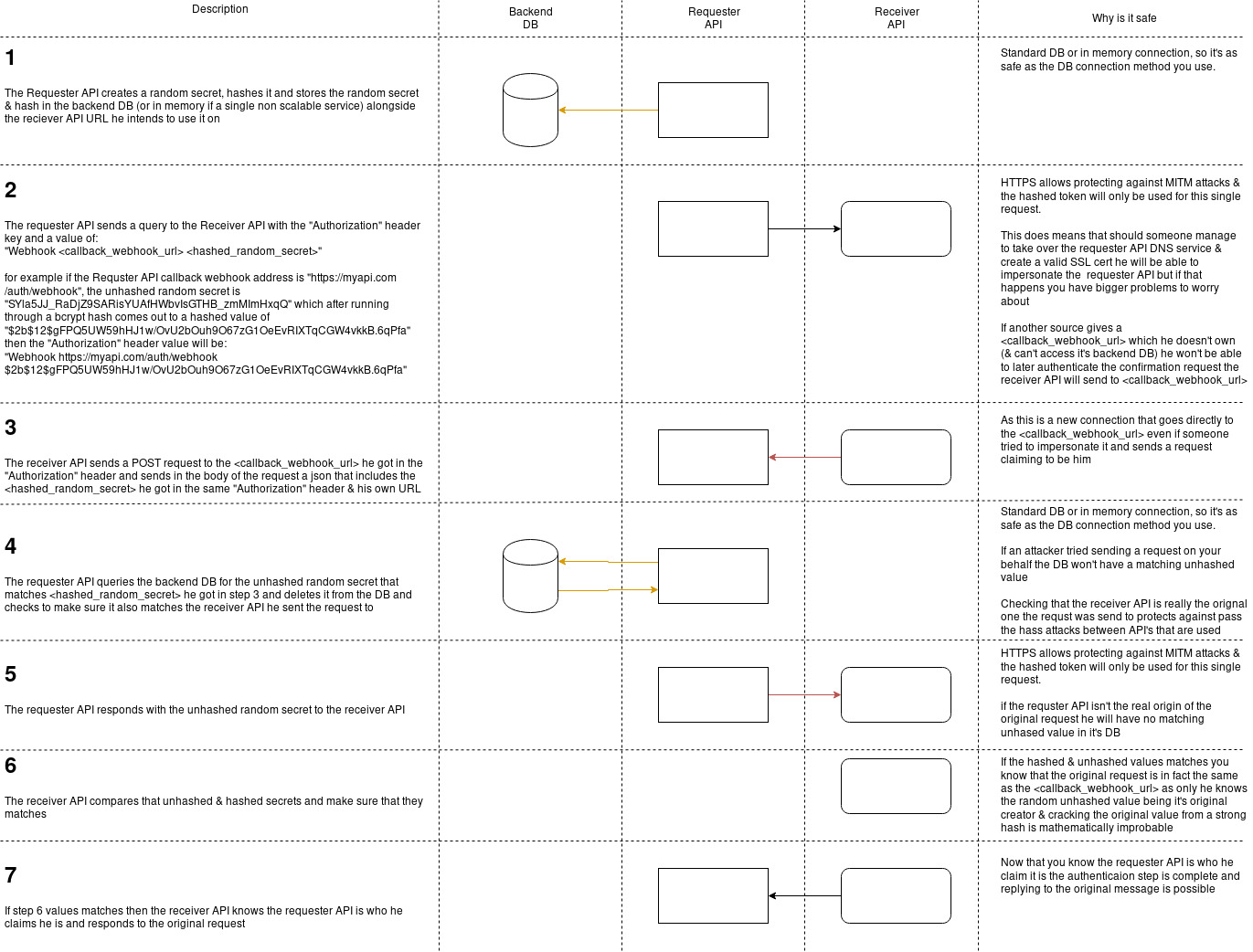 I've also created a docker-compose POC of the concept at my github which works as i thought it will (please note that while I will gladly receive notes about the POC this question is only about the theory of the concept as a whole being secure).

Is this really secure? Is there any vulnerability I missed to this authentication method which will allow an attacker to trick the receiver API by impersonating another API?

If there isn't is there any way to prove without a doubt (mathematically or otherwise) that this is in fact secure?

Assume the following are given:

The main flaw of this concept is that it is totally pointless.

Essentially, what it does is:

This is an authentication only method

whilst the flow inherently only attempts to make sure that the Requester remains the same throughout the communication — something that HTTPS itself already takes care of.

The point of authentication is to verify that whoever claims they are are indeed that party. This implies that the Receiver either already knows the party (e.g. has its password hash or public key in its database to check against) or is able to verify against trusted third party (e.g. using OAuth). In your scenario, the Receiver does not know the Requester at all, and the fact that it merely tells its name does not authenticate it in any way.