How can Paypal know my card is being used in another account?

I have a credit card saved to my primary Paypal account. To make a long story short, I needed to make another Paypal account that would not be connected to my original one.

I used a different computer, which had never been logged in to my original one. When I tried to register my credit card to the account, Paypal told me I was unable to register it, as they said

this card is already linked to a different Paypal account.

How can they possibly know that? Shouldn't my credit card be stored with a hash under my account only? How and why is Paypal keeping all their registered cards in one big file for cross-reference?

There are a couple reasons why Paypal (or more generally, any payment service) can know if you've used your card in more than one place.

Shouldn't my credit card be stored with a hash under my account only?

If your card is kept hashed then it can be easily compared across accounts. Hashes are deterministic, so for a fixed hashing algorithm a given credit card will always give the same hash. Therefore if they were storing hashes, they could easily compare across accounts and determine if the card was already stored elsewhere. Doing so can be advantageous, as in this case it is being used to prevent fraud (the implication is that if the same card is added to multiple accounts, it is likely due to fraud). Once you have a "secure" hash of a credit card, there's no reason not to check it across different accounts. Paypal certainly can and does.

However, this ability isn't limited to Paypal, and can easily be available to much smaller merchants. For instance with Stripe (a common PCI-compliant payment method) the merchant will be given a unique identifier for each credit card number stored on Stripe. The merchant doesn't keep (or even see) the card number, but they can still compare the given hash against other card hashes that have been used in their systems. This can (and is) easily used for the less-altruistic purpose of tracking a user's buying history across multiple accounts and anonymous transactions, while still maintaining PCI compliance.

Smaller merchants can and should make sure and never store, transmit, or even look at actual card details. However, there is no requirement that forbids any merchant from keeping the actual card number if they so desire. In general though any merchant that wants to keep card numbers on file and remain PCI compliant will (theoretically) have to go through stricter validation, security auditing, and effectively have to pay a ton of money in fees. The increased costs and liability of keeping credit card numbers on file while remaining PCI compliant are so large that any moderately well run small-medium business will never try.

However, large businesses can and do choose to do otherwise. The reality is that someone has to store card numbers somewhere so that your card can be billed. The larger credit card processors (which Paypal definitely is) certainly store the full card number. They should store the numbers using strong encryption and secure keys/access control procedures.

As for the details of how they actually determine that a credit card number is used twice, ultimately only Paypal can answer that. They may have a method for comparing encrypted card numbers directly, but more likely they also store a hash of the card numbers and compare those directly (h/t Jory Geerts). Either way though, they do keep your card number on file, and they can compare card numbers against accounts.

Note that this doesn't mean that they are "Keeping all registered cards in one big file for cross-reference". Their infrastructure for secure card storage is certainly far more complicated than that. However, they obviously have a compelling business need to be able to compare cards across accounts, and have setup their infrastructure so that they can both store your cards securely and also check for duplicates across accounts. I agree with the linked comment: I would guess that they are also calculating a secure hash of the credit card number and using that for easy comparisons.

PayPal is a payment processor, not a merchant, they need to pass the card number to your bank (or card issuer) when they're processing payments, so they need to store your credit card in a way that can be decrypted back to card numbers. To comply with PCI-DSS, they'll have to encrypt these information on their servers and comply with all of the more stringent PCI-DSS requirements, but they cannot use a one way hash to store the information and still able to process payment.

With that said, even if they store the information in a one way hash, it's still fairly straightforward to find numbers that are exact match for duplicate detection.

Card numbers have long been a part of PayPal's risk assessment process. We used to use their Website Payments Pro product, and sometimes we'd have an issue where someone would put their card number into our checkout and PayPal would reject it because

This all predated PCI compliance. #1 was problematic because it literally required the customer to call PayPal and resolve the issue directly (sometimes on accounts closed for years). This is not new activity by PayPal.

PCI does not necessarily prohibit this. Card numbers can be stored in totality, as can expiration dates. Only CVV2 numbers are prohibited from being stored. If you store the card data like that, you have to meet certain security criteria (see this question for some details)

They will have a rule that a card may only be linked once. The image they use to probe may not be plain text, and it may have been "packed" (COMP-3 or BCD) before hashing but it should be entropic enough (high cardinality) to avoid collisions.

It will not just be the number, it will also be the expiry date, and possibly the cvv. All credit card numbers start with a 4 digit BIN, and end with a check digit based upon the Luhn algorithm. They are necessarily recycled as there are a finite number of digits left, especially when Visa and MasterCard banks might use the next two or three digits for sub product information. I know of one bank that used the first 10 digits for certain cards issued to staff as employees. So sooner or later someone else gets your number when you get another number.

It is a very simple matter to probe an index for an existing value.

The other answers assume Paypal stores the full details, plus a hash to perform the comparison.

This is likely incorrect in general. In modern credit card security, especially for e-commerce transactions, credit card account numbers are switched for tokens, often limited to a single merchant: 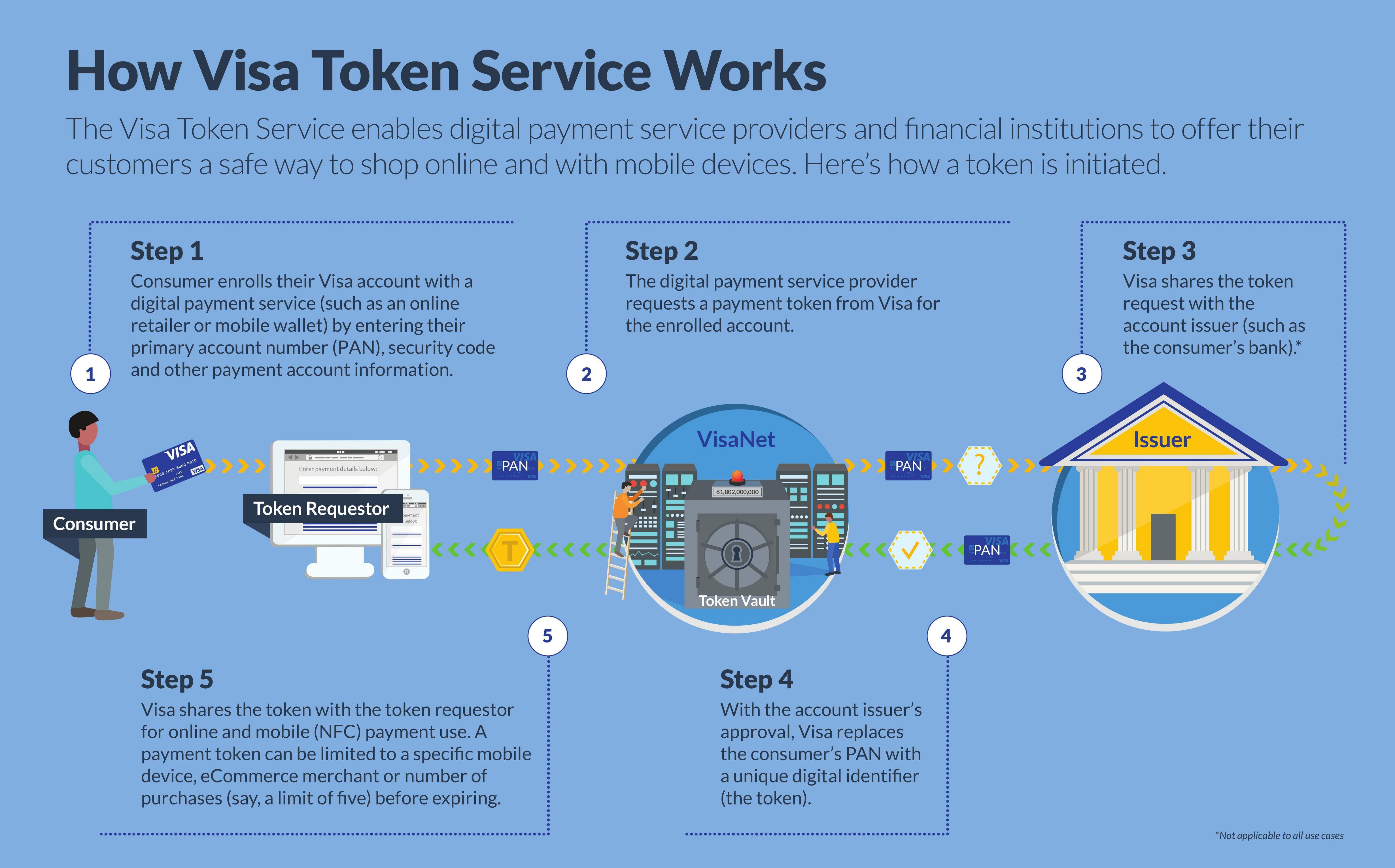 (From an explanatory document available on Visa's site).

A merchant will likely receive a constant token for each card. Additional details - such as the user's account number - can also be returned. Depending on how tokenization is handled, it's possible for these tokens to be unusable by other merchants, possibly negating the need for hashing or encryption.

Not the answer you're looking for? Browse other questions tagged credit-card paypal or ask your own question.

0
Signing up on a paid site with a credit card
1
Security of Shared Corporate Credit Cards
11
How can I convince my customers not to send Credit Card data over email?
7
PCI Compliance and PayPal
6
Do It Yourself Credit Card Storage (PCI - DSS Compliant)
2
Bank issued new credit card as a 'safety measure' but 16 digit acount number is the same
4
Is debit (credit) card payment inherently broken from security point of view?
5
iTunes Account Joined Family Group Without Permission
1
Buying keycodes online safely/anonymously
0
Is it possible to bypass 2FA and access bank account in this system?