SSL handshake not visible in Wireshark 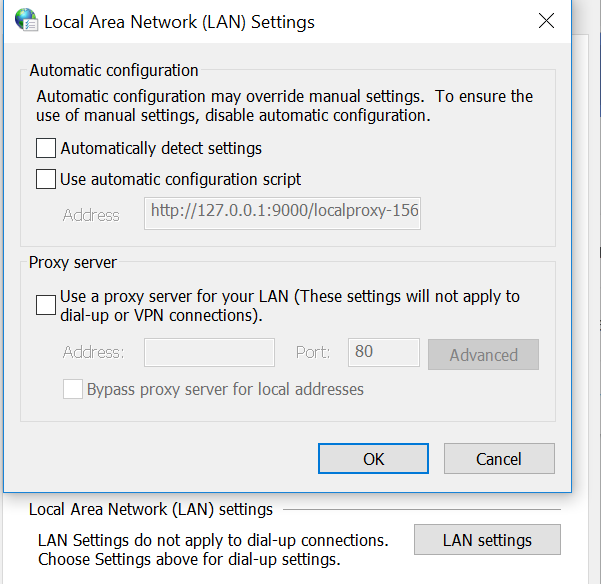 I have captured the apps traffic with Wireshark. You can see it below: 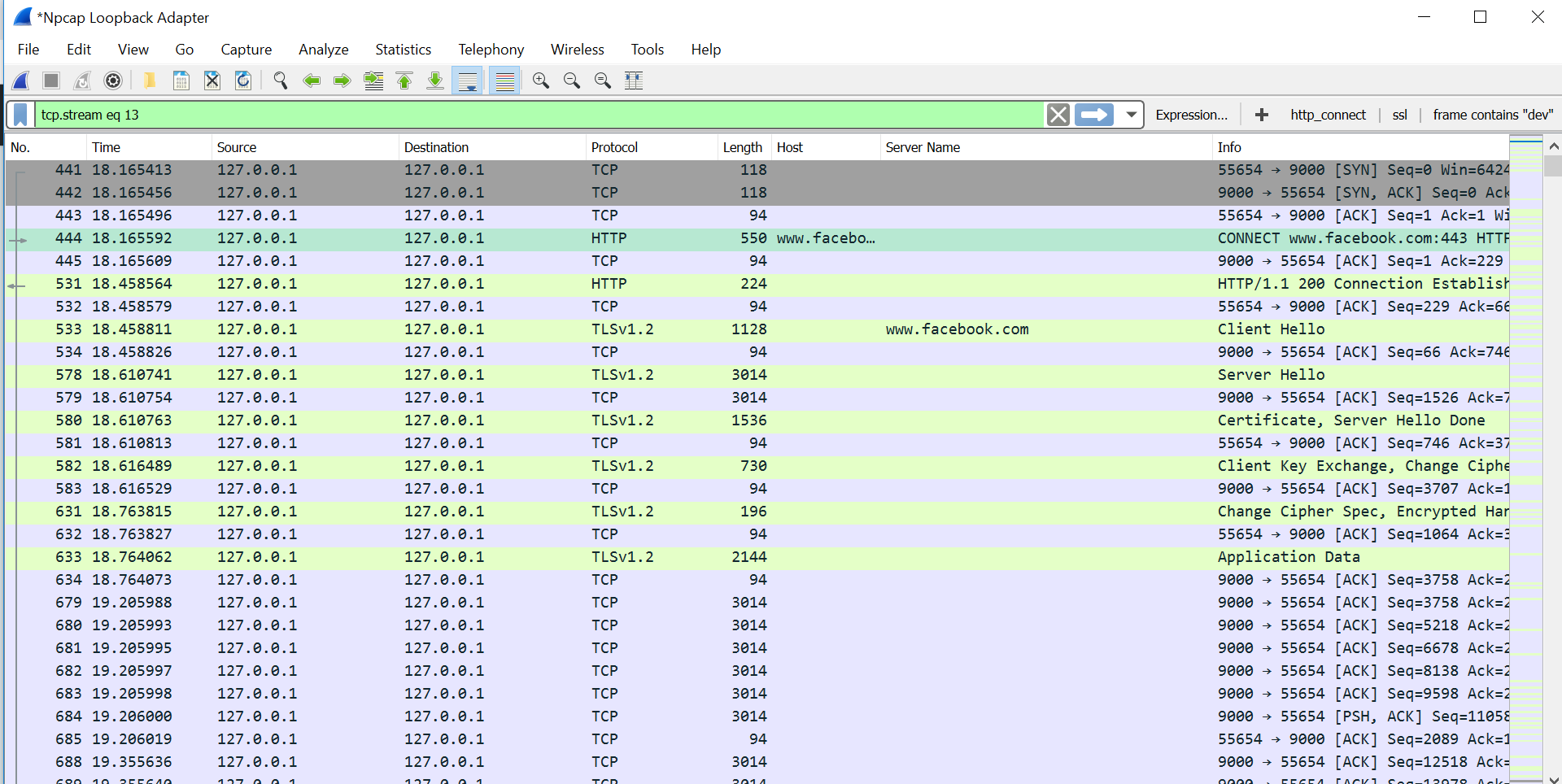 Also, I have captured traffic on the wifi interface or adapter as well, which is the actual interface of my laptop. You can see the capture below:

On the wifi interface, I can see that there is an "HTTP connect" packet which is being sent which is totally fine as its proxy devices and I expect that but the problem is that I am not able to see the client hello and server hello or any other SSL handshake packet. So I want to know where these packets are gone, although it is an encrypted traffic.

The "misbehaving" pcap has a capture for HTTP proxy traffic on port 443, i.e. a HTTPS traffic prefixed by a HTTP CONNECT request and response. Port 443 is reserved for direct HTTPS though and not for proxied HTTPS.

It looks like Wireshark somehow insists that it should be either direct HTTPS on this port (which is how the port is commonly used) or that it should have nothing to do with SSL at all. Thus it will detect the HTTP proxy request and response but will then refuse to decode the rest as SSL even if explicitly specified in the settings. I did not find a way to change this behavior.

If one rewrites port 443 in the pcap to something else (like 4433) using tcprewrite the problem magically vanishes and it will happily show the SSL protocol details. Thus, it is all because of some strange behavior of Wireshark and is not a problem of the data itself.

I've seen the exact same problem with the latest versions of Wireshark (it works on older versions). A temporary work around I found is to "Decode As" HTTP on the TCP source port, in your case 55655. TLS info should then be displayed as expected.

Not the answer you're looking for? Browse other questions tagged tls proxy wireshark http-proxy handshake or ask your own question.

2
Why is the SSL handshake not shown in Wireshark?
1
Need help with decrypting the “client key exchange” captured in Wireshark
4
Client Hello message suggests cipher suite which is not in the list specified by setEnabledCipherSuites() method
1
Doesn't seem to be able to capture the packets I need
16
Determine SSL/TLS version using Wireshark
0
How to analyse packets sent by controller in Wireshark?
2
iOS traffic not shown in proxy when SSL pinning enabled
2
Intercepting TCP traffic through MITM attack