What is the purpose of the rotating plate in front of the lock?

I am now in Poland and see these everywhere: 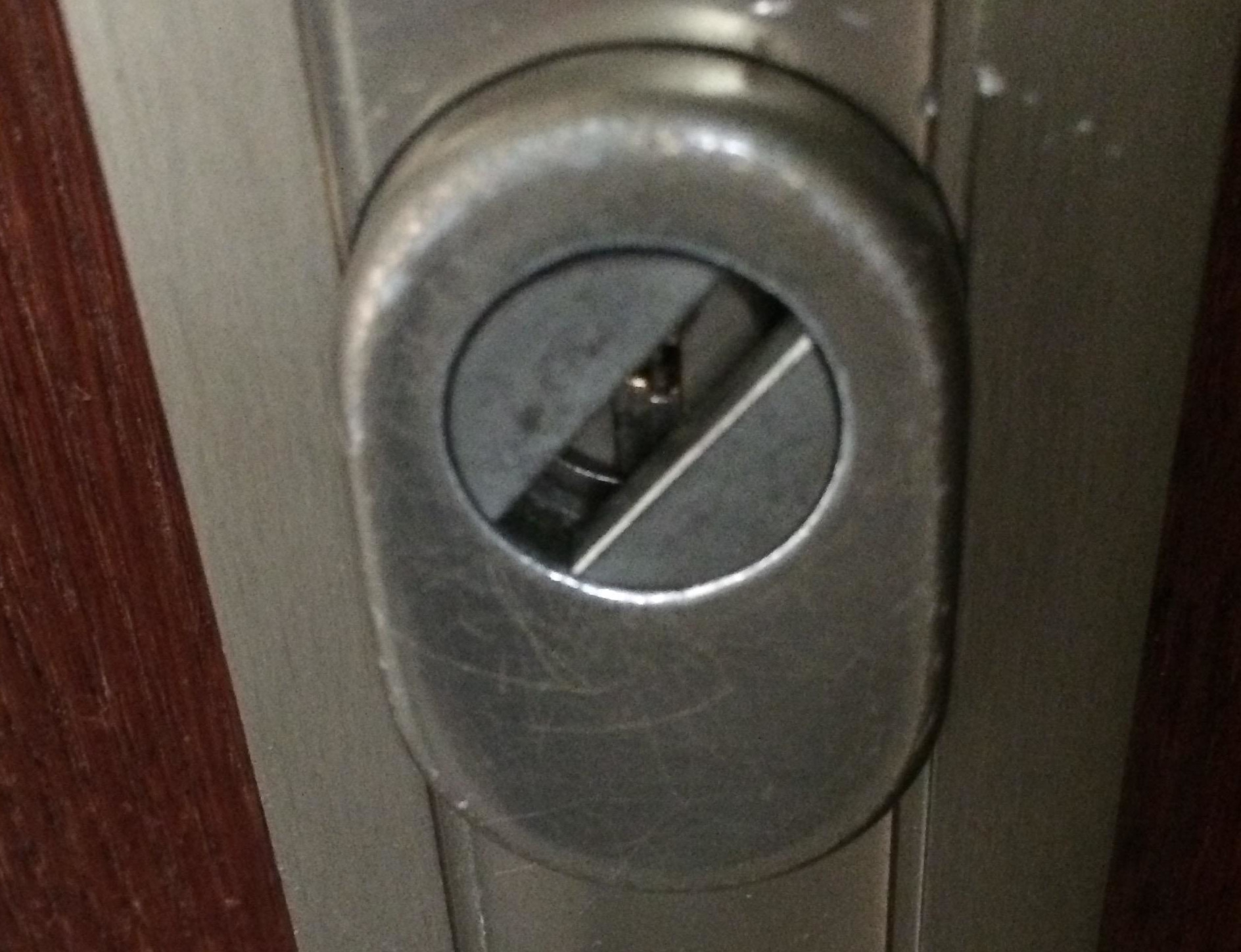 The plate can rotate freely,when you insert the key, matching the groove, you rotate the key so it is aligned with the lock and then insert the key.

What is the purpose of this?

With the anti-drill rotating plate, the drill bit won't be able to go through the cylinder. It's supposed to be in hardened steel and act as an other layer of security.

When you drill a cylinder lock, you have to go with small drill bit first. You will then use bigger and bigger drill bit on the little hole you made. The plate will prevent you from doing so because the bigger drill bits will just make the plate rotate.

Here is how drilling attack works

What Deunis said, except it is not only an anti-drill plate. The fact that it rotates freely makes it anti-drill on top.

Originally, these were an upgrade for existing lock cylinders which didn't have built-in protection against being pulled out, which became a popular method (the most popular?) of breaking in the 80s. Locks at that time didn't have the rotating bolt sufficently reinforced, so you would basically just shear it off with brute force. Fast, easy, not much noise, and upon casual inspection people who are passing by do not even notice, once you are inside and have closed the lockless door again (really, who looks at the keyhole!).

Modern quality locks (albeing not the cheap ones!) have the bolt made of massive, high quality steel to prevent that, or have other measures such as a thick end on one side, so they can only be inserted and taken out from one side (well, without smashing the whole door to smithereens). For example, Keso locks with an internal knob have the knob explicitly manufactured in such a way. You would have to punch a fist-sized hole into the door to open it that way.

I don't know the English term, in German they're called "Ziehschutzrosette" (translates approx. to "pull-protection collar", though I'll admit that sounds quite clumsy).

Which makes drilling the lock the second most lucrative option.

It is true that you can still insert a small drill in the slit, but that is pretty useless. Though you'll likely want to start small because it's really no fun drilling in steel with a large caliber, you will need to use increasingly larger drills up to about 10mm to do the job. You can't do that, at least not easily, because the two plates which are made from hardened steel will prevent the drill from entering. And, as they are rotating, they'll turn away as the drill tries to drill through them. So that's drill protection as an extra feature.

Ironically, modern doors are (at least in Europe) optimized for energy-saving craze, not for keeping people out. The commonly available "burglar-safe" doors are built to withstand an "unexperienced occasional" burglar armed with a screwdriver for at least 3 minutes.

You don't show whether this is inside or outside. In the UK, locks commonly had disks over the keyhole, suspended from a hole at the top. The disk could be lifted up to unlock the door, and would then drop back with gravity. This gave some protection against draughts through the keyhole for older locks, and also (for old and new locks) protected the lock from environmental damage.

If this is an exterior door in a snowy country, it could well be to protect the lock from getting iced up.

6
How do I improve the physical security of a rack cabinet?
4
Block unauthorized user from getting access to intranet
51
Vehicle remote key security
5
What is a AUTH-KEY in the security of the computers?
1
Is a Cloud-Connected Door Lock More Secure Than a Traditional Lock and Key?
4
Preventing boot from external media in case of theft of laptop or physical security breach in case of desktops?
8
Must a system be insecure against physical access? If so, why?
2
How vulnerable are rolling codes used in car keyfobs to simple replay attacks?