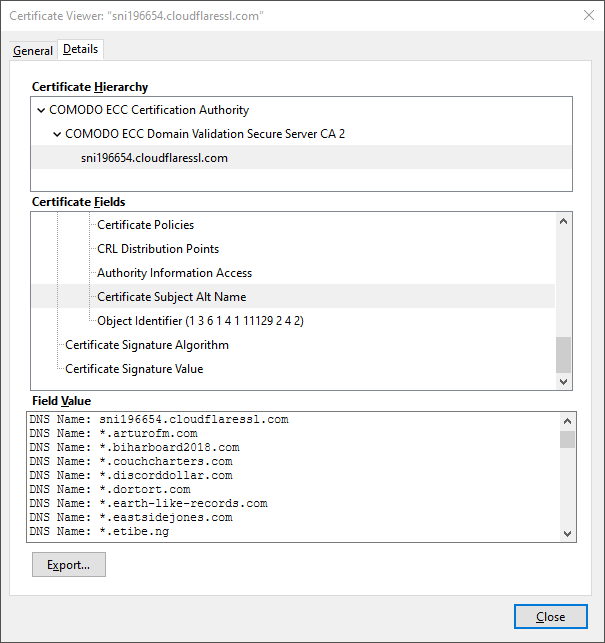 6
How do I find all domains hosted on a single host?
4
Mystery IP address Hijack
3
Are IPs and domains in malwaredomainlist.com compromised?
7
Can you force your PC or device to use only DNSSec-verified lookup results?
6
Different IPv4 numbers from different browsers, same computer
1
Can a DNS provider take action if a phishing attempt comes from one of their domains?
4
I was the subject of a low-impact DNS attack. What do I need to do?
0
Google's view of a web page is corrupted
0
How to prevent my site from being hacked by learning from server log?