How much of a security risk would the apps on my iPhone pose if I did my banking on iPhone?

I have a bunch of different apps on my iPhone 7 (iOS v.12.4.1). Some of these are made by large companies such as Amazon, McDonalds, and so on. There are also some that have been made by perhaps a single developer. Some of my apps are quite well known in the Apple App Store while others, not so much (judging from very few reviews).

With this question I wanted to ask about what security risks these apps would pose on my banking sessions if I were to do my banking (using the app from my bank) on the iPhone.

For example, many of the apps (but not all) have a "Background App Refresh" toggle switch like what is shown below. 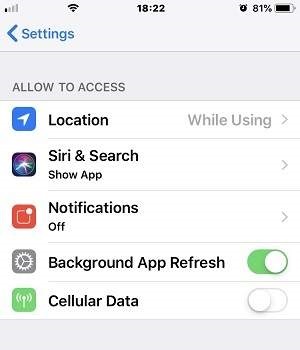 And then there is the possibility to have more than one app running simultaneously, and switch between them using the App Switcher. Like what is shown in below screen shot. 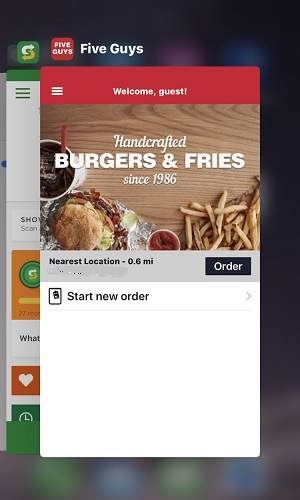 And some apps, such as a VPN app named Freedome (made by F-Secure), are apparently able to run completely in the background, without a visible UI.

So while there is some possibility for background processing, I was thinking that one app cannot have much of any effect on another (or on the banking sessions made from iPhone) because they are in some sense isolated from each other.

But in order to confirm that, here's my questions.

How much damage could some app XYZ cause on the banking sessions I do on my banks app in below cases:

iOS does indeed sandbox apps from one another. Unless some of your installed apps had special exceptions to the usual list of permitted capabilities (permissions), they cannot read or write any files in your banking app, nor can they interfere with its execution in any way.

With that said, there are a few exceptions to be aware of:

Apple does perform a security review of every app before they approve it for the store. This review process has known holes - even manual line-by-line review wouldn't necessarily catch everything, and Apple can't afford that kind of effort so it relies heavily on automated tools that can be tricked - but for the most part there's extremely little malware in the iOS App Store.

If someone installed a monitoring app on your phone such as the Chinese spyware Spyzie it could obviously grab your banking data because it is a key logger. You can use something like the little snitch app to see how your apps communicate with servers. This could help you verify what app is transmitting data including spy a spy app that is designed to be hidden.

Not the answer you're looking for? Browse other questions tagged iphone or ask your own question.

3
iPhone iOS 7 Encryption at Lock Screen
6
How can the NSA remotely turn on your iPhone?
7
How did my network admin identify my iPhone and how can I hide my ID?
7
How resistant is the iPhone encryption against brute-force attacks?
2
What can an iOS app tell about you?
36
How did FBI/DoJ retrieve the data stored on the encrypted iPhone?
0
3rd Party Mail Clients on iPhone/Android and Credential Storage