How safe is md5sum in regards to verifying executable files?

is it possible to trick someone into running a malicious executable file instead of a real one provided by a website; assuming they will md5sum the file

The comments cover an important aspect about MD5 collisions, but I'll give a little more food for thought (and the math to back it up) as I think there is a little misunderstanding in this area, especially around pre-image attacks.

is it possible to trick someone into running a malicious executable file instead of a real one provided by a website; assuming they will md5sum the file

Hopefully this gives you a sense of the numbers that it would take to "spoof" an MD5 checksum. And yes, the numbers are even more ridiculous with SHA256. 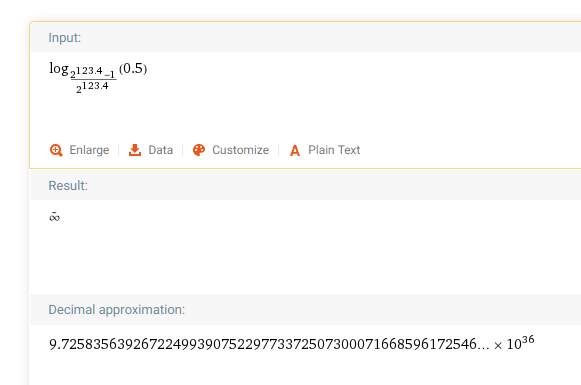 Math 2 (by units I mean 29 byte files or the number of hashes that must be performed):

If the hashsum that the user compares against is coming from a trusted, non-malicious file, then no, it is not possible.

People who say that theoretically, a manufactured hashsum collision is possible, forget that we don't need to have "any" hashsum collision (like with passwords), but that our hashsum collision needs to be a viable executable first, and secondly needs to do exactly what we want. At that point we are talking about improbabilities where it is safe to say, no, that is not possible.

Nevertheless, if the attacker is able to compromise the file being downloaded, it is likely that he can also compromise the hash-sum that the user receives. In that case, the hash-sum still fulfills it's purpose to confirm that what has been downloaded was not corrupted in transportation. Only, that it is now the attacker who is certifying this, not the (presumably) trusted website.

There are also other attacks against MD5, but all of those presume that the attacker has some form of access to the file in the first place, before the first hashsum is generated. (E.g. by preparing a benign file for a later attack)

So if the hashsum is coming from an untampered non-malicious file then it's safe, but in all other cases the hashsum merely confirms that you received what either the website, or an attacker, intended you to receive.

Not the answer you're looking for? Browse other questions tagged malware linux md5 trojan or ask your own question.

56
Is it secure to use MD5 to verify the integrity of small files (less than 15kb)?

52
How to inject executable, malicious code into PDF, JPEG, MP3, etc.?
12
How would I go about rebuilding the IAT of a packed executable?
5
How to sanitize archive files?
7
Do sudo and .profile/.bashrc enable trivial privilege escalation?
0
Attacking several browser/OS combinations with only one link
0
Can a website be used for targeted attacks?
1
Possible to decode md5 hash of a malicious URL?