How can I prevent side-channel attacks against authentication?

After reading this excellent answer, I learned about the existence of side-channel attacks.

What can I do to ensure that my code is not vulnerable to such timing attacks? I have purposely left this open-ended to allow answers to provide examples and best practices for a variety of common software configurations.

Even better, you should use a password-authenticated key agreement protocol like OPAQUE, but these may be beyond your pay grade at the moment until they see more widespread adoption and implementation.

What can I do to ensure that my code is not vulnerable to such timing attacks?

The best way to start is to use a library routine or primitive that someone else has already written and has a reason to maintain. For example, in NaCl/libsodium, you can use crypto_verify_32 to compare two 32-byte strings, like two Argon2id hashes, or two HMAC-SHA256 message authentication codes. Then the effort to answer this question can be focused on a single place that will get a lot of attention and scrutiny and will keep up with advances.

But let's say you don't have crypto_verify_32, or you want to implement it yourself. What can you do?

To start, you need to understand what operations have side channels. It's tempting to say—as other answers did—that the side channel arises only because of an early abort. But that's not the whole story. In general, there are many operations (here written in C for illustration) that may take an amount of time which depends on the values of the inputs—we call these operations variable-time operations, in contrast to constant-time*:

This might sound a little overwhelming. What can we do?

There are some operations that generally do run in constant time on most CPUs. They are:

To be clear: I do not mean that a C compiler guarantees these operations run in constant-time if you use them in a C program; I am merely using C notation for the operations that CPUs generally execute in constant time. (More on this caveat in a moment.)

‘But wait,’ you protest, ‘how can I possibly write a useful program out of these operations? No conditionals? No loops? No arrays?’

Second, you can still build these things! It's just a little trickier. For example, suppose b is a uint32_t that is either 0 or 1. Then b - 1 is either -1 = 0xffffffff or 0, respectively, so

causes x = y if b is 1, or x = z if b is 0—much like x = (b ? y : z), but without a branch. Obviously, this requires computing both y and z, so there is some performance impact! Similarly, you can look up an element of a table by looking up all elements of the table and selecting the one you want with bitwise operations like this. Not as fast as x[i], but not as leaky either.

In general, you can convert a program with conditionals into a logic circuit with no conditionals, even if you don't want to for performance reasons. There are various other similar tricks you can do. You might draft a constant-time memory equality routine such as crypto_verify_32 like this, assuming x and y are uint8_t arrays:

But, there's a catch! Remember when I said that the C compiler doesn't guarantee constant time? A smart C compiler like Clang/LLVM might recognize that the clever crypto_verify_32 loop above can be executed more efficiently by making it abort early, and might undo the hard work you did to rewrite it as a logic circuit that runs in constant time. (In other circumstances, it might help you out, for example by converting x = (b ? y : z); into a conditional move instruction, CMOV, without branches, but usually you can't rely on the C compiler's good will.)

There are some tricks you can do to thwart this, like an inline assembly fragment that causes the compiler to drop roughly all assumptions for optimization:

This may or may not work with your compiler. To be confident, you really have to examine the compiler's generated machine code—and even then, a compiler might perform just-in-time optimizations that rewrite the machine code according to profiling analysis, especially in higher-level languages like Java. So you might really want to write the logic in assembly (or in a programming language like qhasm that can generate the fine-tuned assembly more reliably than a C compiler), and just call it from C.

Maybe some day C compilers will adopt a secret qualifier, like const or volatile, which forces the compiler to generate only machine instructions that are known—in some model of the CPU!—to run in constant time when operating on the object, and prevents the compiler from taking shortcuts like secret-dependent early aborts from a loop. But that day is not here yet.

There's also a matter of which machine instructions actually run in constant time on a CPU, which is sometimes documented and sometimes reliable. So in addition to doing engineering to build your programs out of logic circuits, you also need to do science to figure out which operations are actually safe to use on the CPU.

This brings us back to the original point: You really want to focus the effort of maintaining this into a library routine, so that each programmer doesn't have to keep track of vagaries of compilers (and CPU designs!) in generated code and timing on their own, and can instead leave it to our friendly neighborhood bear.

Are there other countermeasures than constant-time logic? Sometimes, yes.

* The terminology is unfortunately a little confusing. Here constant-time means that the amount of time does not vary depending on inputs, and is not the same as the asymptotic notion of ‘constant-time’ in computer science, often written O(1), which just means the amount of time may vary depending on inputs but is bounded by a constant. I'm sorry. I didn't invent the terminology. I might have chosen ‘fixed-time’ vs. ‘variable-time’ but it's too late now—‘constant-time’ is entrenched in the literature.

Side-Channel attacks are notoriously difficult to detect, because there are many side-channels that an attacker could look for. This includes, but is not limited to:

Wikipedia has an excellent list, from which this is just an excerpt. Since there are so many different side-channels, each one of them needs to be addressed independently.

What about timing attacks?

Your code is vulnerable to timing attacks, but you already knew that. The question is, how can you fix it? The solution would be to make a constant-time comparison. One example would be code like this:

This code assumes password and input are the same length, e.g. because they are the output of a hash function. The code would accumulate the bit difference between each pair of elements, then returns a result based if the differences are zero. Also beware that your friendly optimizing C compiler is at liberty to spot what this is doing and generate the assembly it would have generated for your original (broken) code. You need to check the actual generate assembler (or use a library function designed for this).

Of course, this would only protect against one kind of side-channel attack, and not others.

What about the other side-channels?

That depends entirely on the side-channel you are focusing on. Some, such as power consumption, require physical access (or other ways to measure consumption), so they may not be a problem if the attacker is far away.

In general, in order to defend against side-channel attacks you need to:

I assume that the code from the question is just an intentionally trivialized example for illustration, because in a real-world system you would never store passwords in plaintext. But if you would want to replace this fictional code with an implementation which isn't vulnerable to timing attacks, then you would make sure that the algorithm doesn't terminate on the first wrong character but always does the same number of comparisions:

However, this is not completely proof against timing attacks either, because depending on how the CPU processes this code, it might still take longer or shorter on fails. One possible source of timing difference could be branch prediction.

Grossly oversimplified: When the CPU notices that it processes an if-condition in a for-loop and that if-condition turns out false most of the time, the CPU will optimize itself on the assumption that it always turns out false. This allows it to process that for-loop a lot faster. But if that if-statement does turn out true all of a sudden, then it causes quite a chaos inside the CPU pipeline which takes a couple clock cycle to clean up. So the timing differences caused by branch prediction failures can be another possible timing side-channel. This is hard to avoid, because it's a feature of the CPU which is completely opaque to the developer and can even depend on the exact model of CPU. For more information, do some research on the Spectre vulnerability.

But there is also a different approach to avoiding timing attacks which is crude and simple but effective: Add a random delay after each password comparison. If the length of the delay comes from a cryptograpically secure pseudorandom number generator, then it ruins the accuracy of the time measurements the attacker relies on.

I will try to answer the above problem statement by considering the side channel attack here as time based one i.e.

timing attack watches data movement into and out of the CPU or memory on the hardware running the cryptosystem or algorithm. Simply by observing variations in how long it takes to perform cryptographic operations, it might be possible to determine the entire secret key. Such attacks involve statistical analysis of timing measurements and have been demonstrated across networks

Instead of checking the input as a stream byte by byte and responding the controller/screen/UI on which user can check if the output is correct or not, it should use the data as a block and then perform the equal arithmetic operation on the input data. 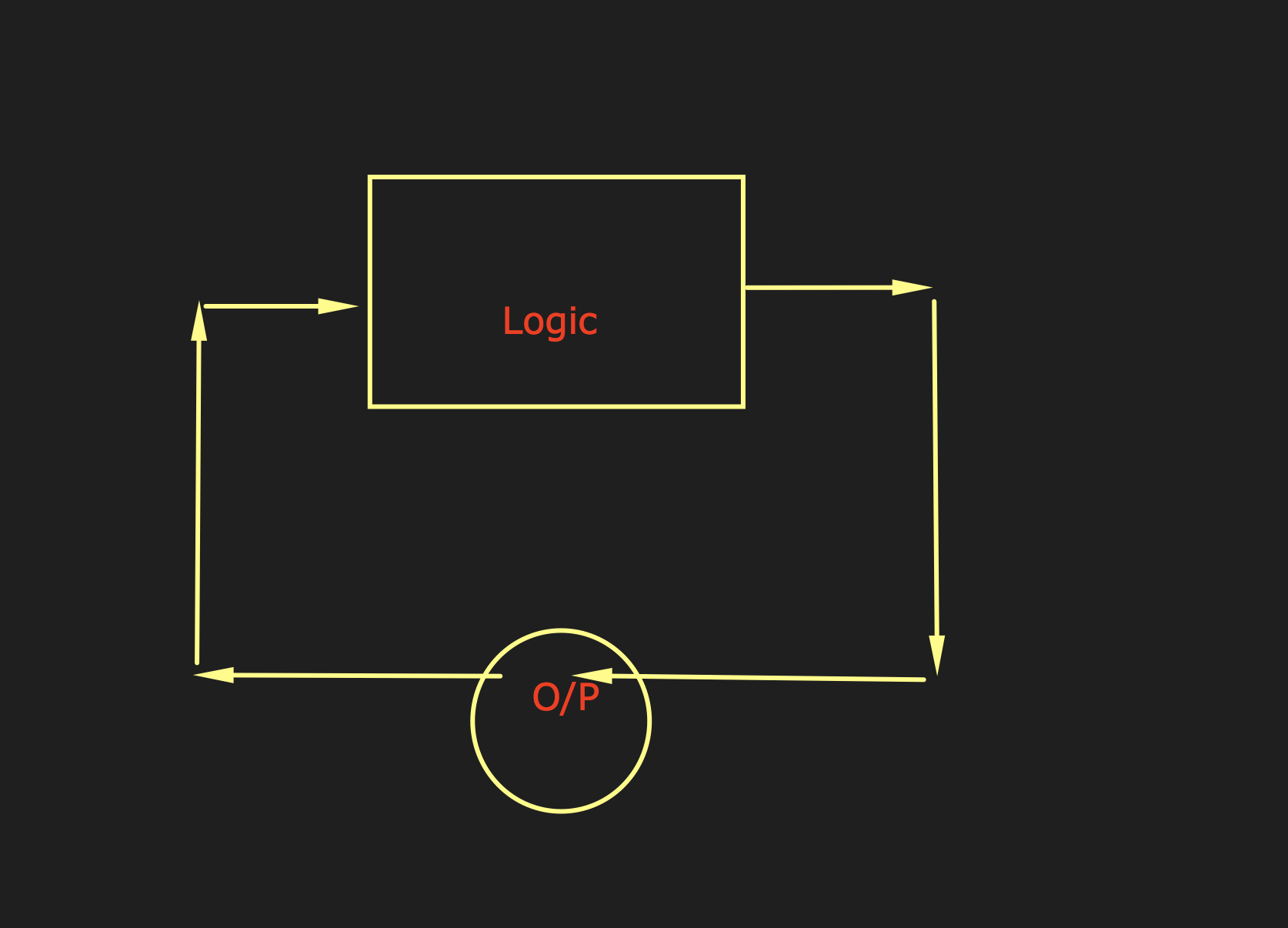 This attack make use of statistical analysis of the output which can be eliminated. One way of performing such operation is using hashes in which it doesn't matter how long the length of password is, it will always generate a fixed length output.

Disclaimer: I'm a newbie in this area.

Why not set an expected duration to your checking code and force it to continue executing for at least that long?

Not the answer you're looking for? Browse other questions tagged side-channel timing-attack or ask your own question.

917
How to securely hash passwords?
8
Does having no 'if' blocks in code mitigate side-channel attacks?
2
Does knowledge of data structure compromise AES encryption?